Pokemon GO (Free) is still a very popular game despite complaints from some of its fans, and that popularity propelled the game’s revenue to record heights according to a Sensor Tower estimation. During its first month of availability (and remember, the roll-out was quite slow), the game is estimated to have made more than $200 million in worldwide net revenue on the App Store and Google Play. To add some perspective to that number, the highest earners before Pokemon GO were Candy Crush Soda Saga (Free) and Clash Royale (Free). Pokemon GO made more than seven times the revenue of Candy Crush Soda Saga during the first month (although we do have to keep in mind that the App Store and Google Play were different animals in 2014) and almost two times the revenue of Clash Royale. 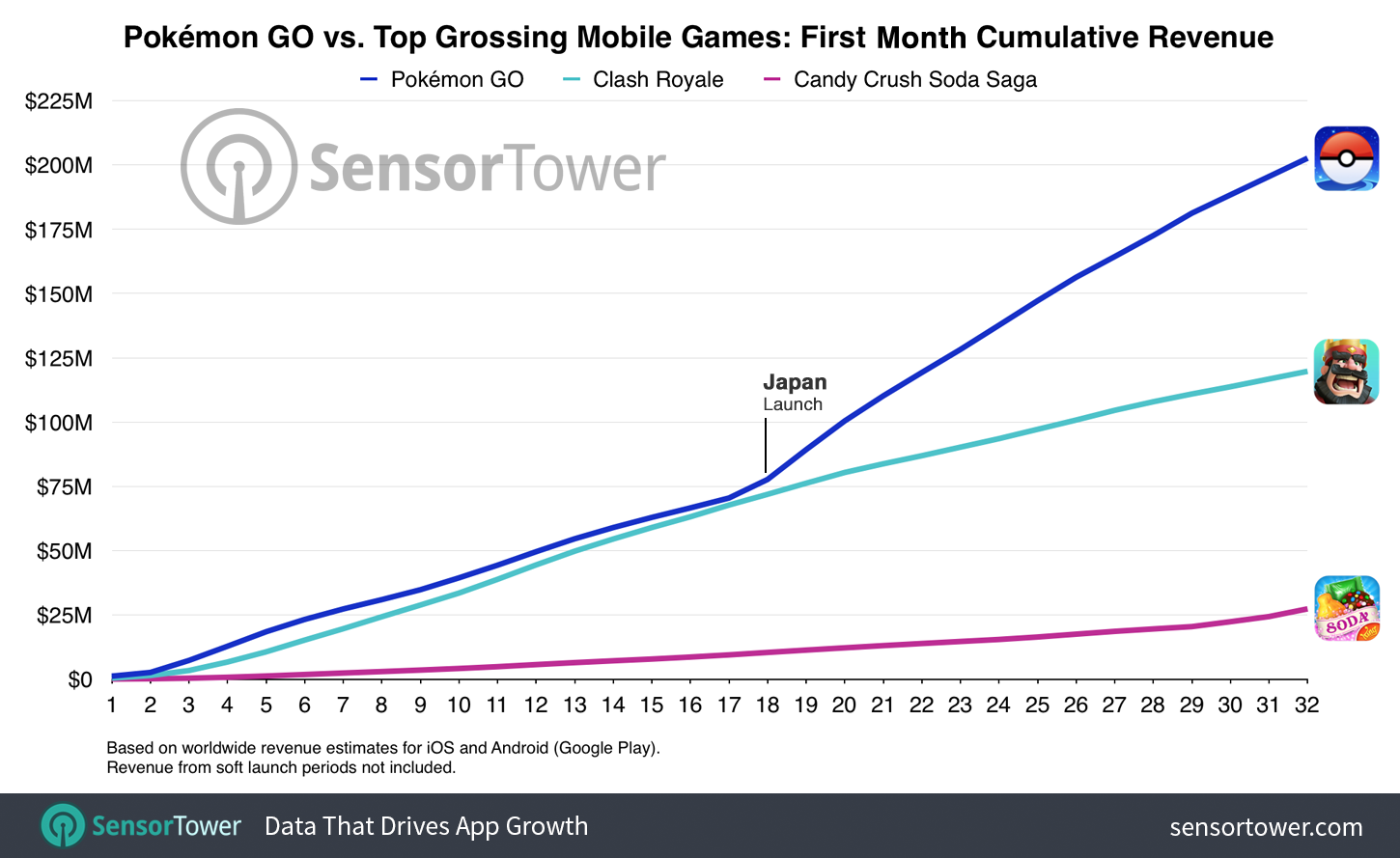 It’s safe to say that Niantic definitely didn’t expect to make the amount of money it’s making from Pokemon GO. I just hope that the developers put more money into fixing the game’s issues (truth be told, the servers have been better recently) and continue to work on the promise and potential of the game. If you want to check out the whole report, go here.