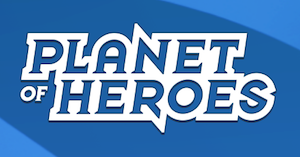 If there’s one nut a lot of people have been trying to crack, with varying degrees of success, it’s putting the popular MOBA genre on mobile. Vainglory (Free) is probably the most well-known name in mobile MOBAs, and it’s more or less a full PC MOBA experience shrunk down for mobile devices. That’s not a bad thing if that’s what you’re looking for, but longer game sessions and gameplay complexity don’t lend themselves too well to the mobile platform, and while there’s definitely a dedicated audience of Vainglory players it hasn’t hit the same sort of mainstream appeal as something like Clash Royale (Free), which was built with mobile in mind and has much more bite-sized play sessions. Well, the latest company to take a stab at the mobile MOBA is My.com which has created a new internal studio called Fast Forward who will be building a built-for-mobile MOBA called Planet of Heroes, and this humorous unveiling trailer for the game should give you an idea of what’s in store.

Planet of Heroes hopes to crack that mobile MOBA nut by building the game from the ground up with mobile play in mind, rather than simply shrinking down the PC MOBA experience. Plus they’ve recruited some of the current top MOBA players and streamers, people who understand the genre on a fundamental level, to help design the game. They’ll also be conducting a closed beta to further help shape the game based on actual player feedback, and if you’re interested in that you can sign up for the closed beta here. Planet of Heroes is shooting for a release sometime in Q4 of this year.