Firi Games has had Phoenix 2 in the works for quite a long time, and after we checked out an early version of it back at GDC in March, the game has now officially soft-launched in both the Singapore and Netherlands App Stores. In case you aren’t up to speed, the original Phoenix is a vertical shoot ’em up with procedurally-generated levels that launched in the App Store way, way back in October of 2010. It was rough around the edges, but its accessibility and randomly generated nature made it a perfect fit for a mobile game. Phoenix was eventually superseded by Phoenix HD (Free) about a year later, which added revamped HD graphics and a new free to try model. Phoenix HD has been updated a ton over the past five years and continues to be updated to this day.

Phoenix 2 retains the essence of the original, but has been rebuilt from the ground up to take advantage of 64-bit hardware and Apple’s Metal graphics system. It also has a slightly different concept than the original. Levels are still procedurally generated, but only one per day, and everyone in the world plays the same level for that 24 hour period. It’s sort of like Leap Day (Free), but a shooter. It’s also not endless like the first game, and if you beat the daily level you’re free to go back and try again and again to improve your score. 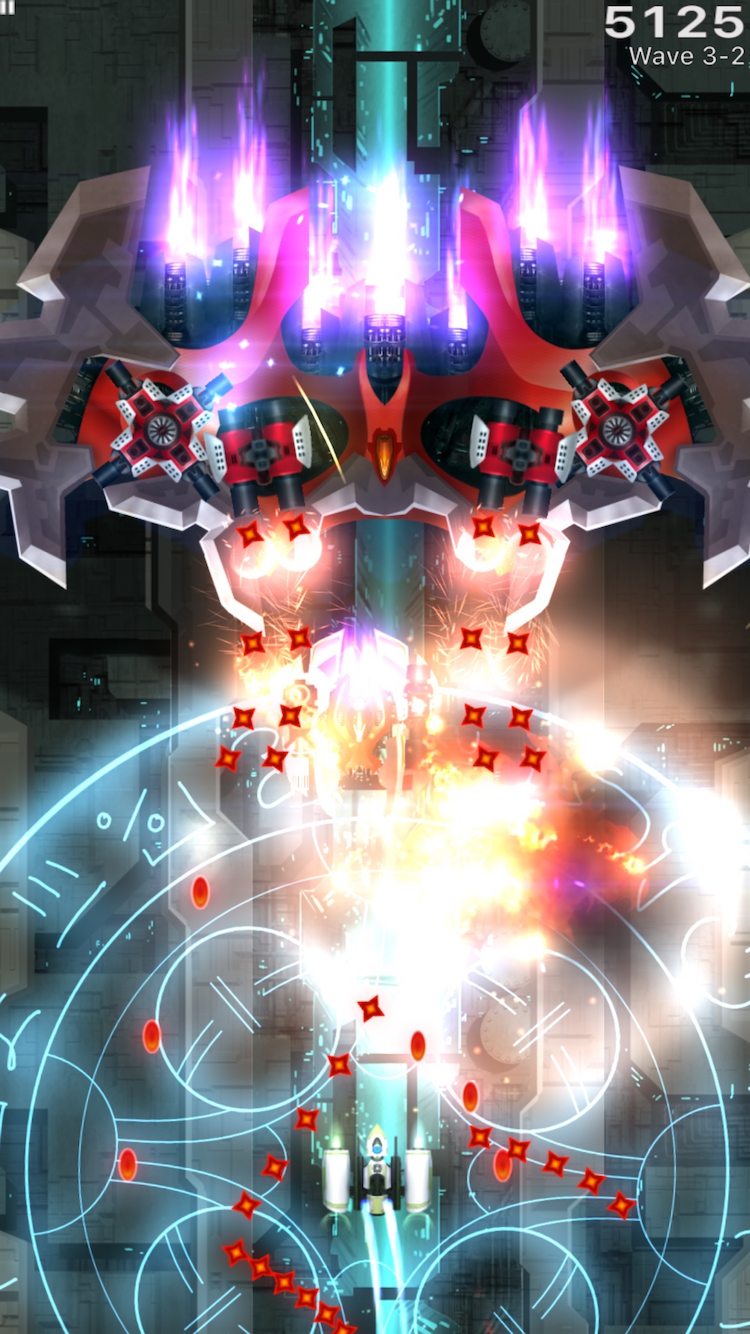 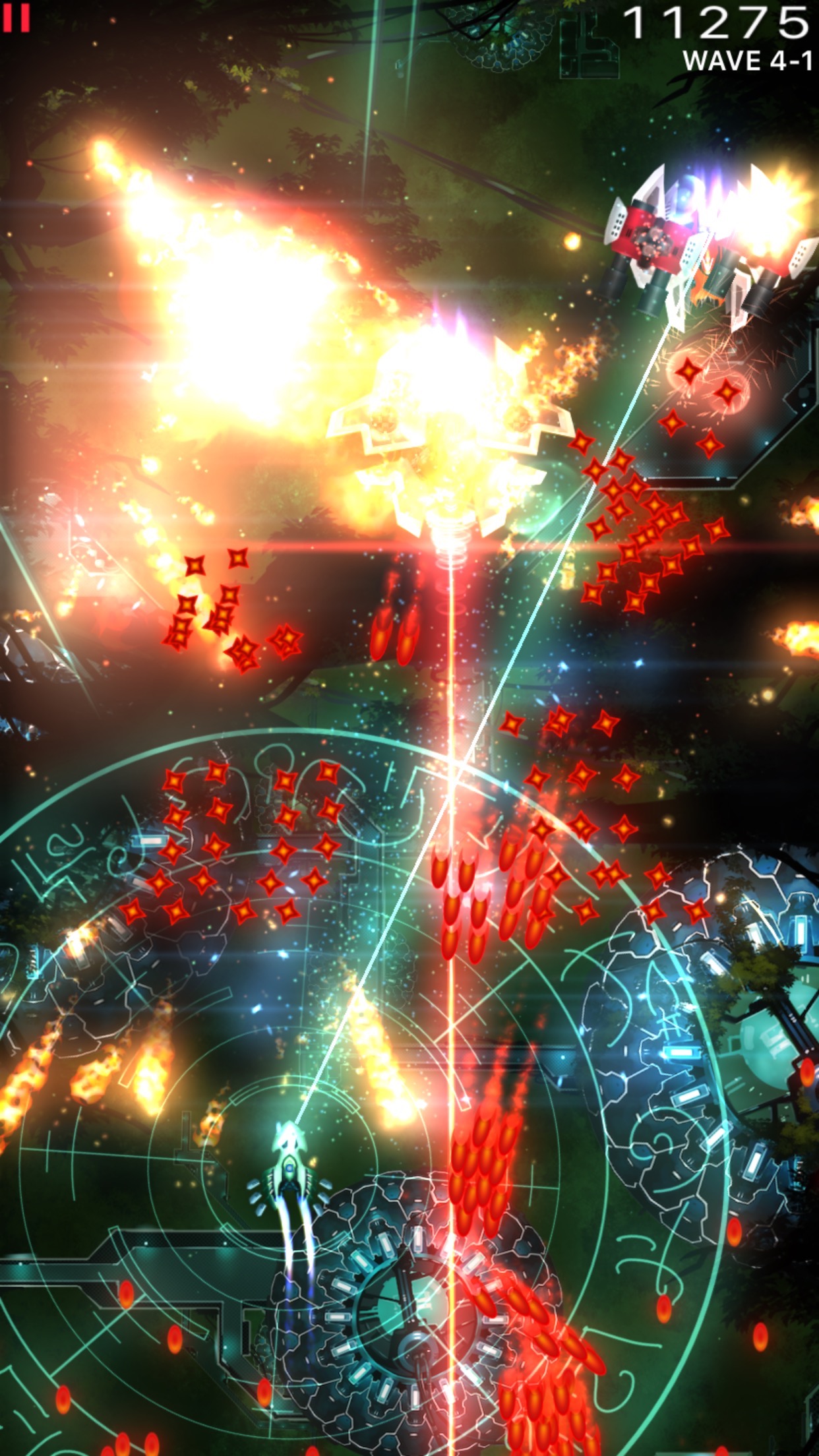 You’ll earn experience and in-game currency each time you beat your best run in a daily level, and the in-game currency goes towards upgrading one of the 40(!) different playable ships. The ships in Phoenix 2 are unlocked through a timed gacha system, or can be purchased outright using the in-game currency if you’re hot for a particular one. Each has a unique main weapon and two additional abilities, either offensive or defensive, and each of these can be upgraded independently. The amount of variety in ships and weaponry should suit just about anybody’s particular play style, and it’s one of my favorite thing about Phoenix 2.

In addition to the daily level, there are also Community levels, though this feature isn’t live yet in the soft-launch version of Phoenix 2. This acts sort of like a Clan system where you’ll join a Community and then everyone in that Community will get a unique randomly generated level that’ll be live for 3 days. During that time members of that Community will battle it out to see who can get the top score for their group’s unique stage. The Community level acts sort of like a mini-competition that takes place alongside the daily challenge.

Even though on the surface Phoenix 2 looks like a bigger and more beautiful Phoenix HD, they’re actually very different beasts. Phoenix 2, with its once-a-day levels, social focus with Communities, and its slow-drip feed of experience and unlockable ships, feels like a game built for the App Store of 2016 rather than one built for the very different world of 2010. I do somewhat miss having a randomly generated endless level to test my skills in at any time, but much like Leap Day, the addition of that might sully the anticipation and longevity of playing a single level each day and extending the upgrade experience over weeks and months. 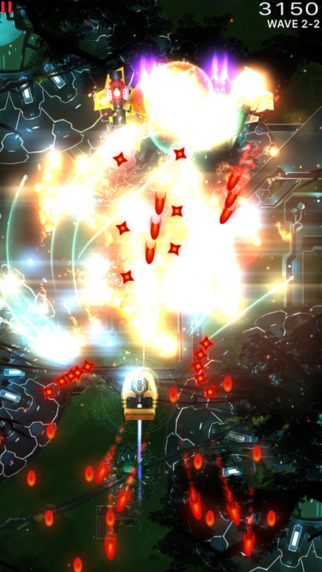 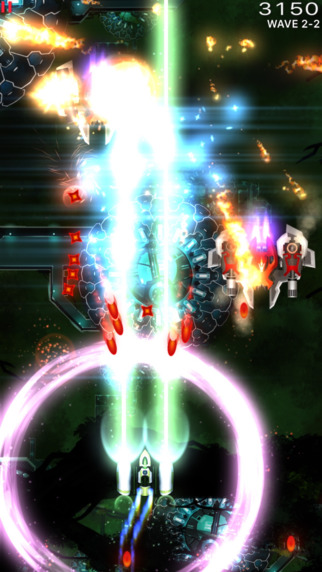 I will say that while the first Phoenix suffered from some initial rough edges, Phoenix 2 feels as polished as they come, and the more I play it the more it is growing on me. The balance feels really great so far, and I’m constantly learning new tactics or upgrading my ship’s abilities which allow me to get just a bit farther than my last try. It’s a very satisfying and fun shooter, for sure. If you’ve got an iTunes account in Singapore, the Netherlands, or Canada you can grab Phoenix 2 using this link right here and below, and you can follow along with its development in our forums. We’ll give you a heads up once we learn when Phoenix 2 will be launching globally.