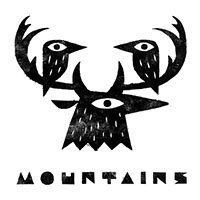 Monument Valley ($3.99) was one of those games that broke into the mainstream (thank you Frank Underwood and House of Cards) and stayed there. Many people I know who don’t play mobile games have either seen or heard about the game. Now, Monument Valley‘s lead designer, Ken Wong, has decided to found his own studio called Mountains. Wong describes Mountains as a ‘craft games studio’ with the goal of making small, beautiful games. We’ve all appreciated his artistic vision in Monument Valley, so I’m intrigued to see what Mountains has in store for us.

Wong is joined by producer Karmina Vincent, formerly of Tin Man Games, and Sam Crisp. Mountains will work out of The Arcade, a co-working space hosting over thirty companies including Hipster Whale. In other words, quite the locus of creativity. Mountains has begun work on the studio’s first title, which will be a premium mobile title set for release in 2017. Beyond that, we don’t have any info on what the game will be about, but with Wong behind it, I’m definitely interested.