Sky Force Reloaded (Free) is one of those games that is impressive in a variety of ways. In our review, we were blown away by what we called our ‘favorite shoot ’em up in recent memory’, and not without reason. It looks beautiful in motion, absolutely nails the core mechanics of a shooter and today it seems that active and receptive developers is another positive trait to add to the list. Infinite Dreams have announced that a new content update in response to forum feedback is due to land onto the App Store next Thursday, and appears to add a nice packet of features that is sure to help mix up the variety of an already essential game. 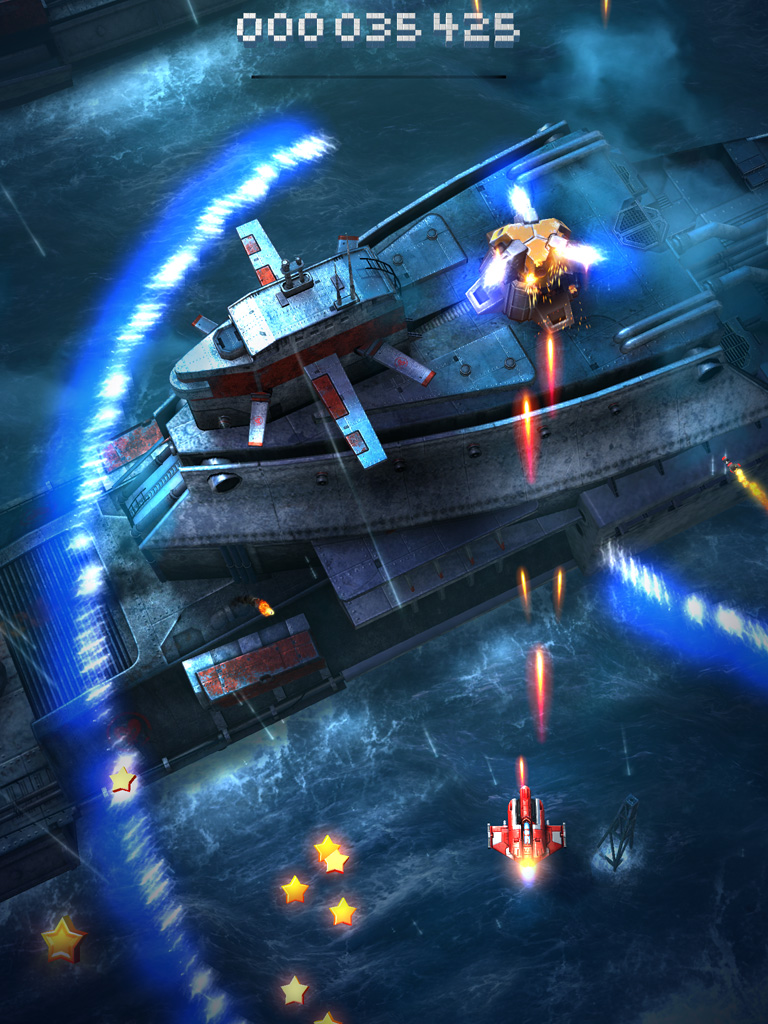 As seen by the awesome looking new screenshot, a core new addition to Sky Force Reloaded is a move from the dry, dry desert of Stage 09 to a moody sea level, which is a nice extra to mix up the variety of the environments which was one of the few small criticisms we had with the game. Tournaments, which we last saw in the original Sky Force 2014 (Free), are also making a welcome comeback, and Infinite Dreams have pledged 4 more campaign stages and 4 brand new tournament equivalents in the coming weeks, which is awesome for anyone looking for even more shooter action. Other changes such as raising the maximum equipment levels in the game, performance improvements and bug fixes are the cherry on the already substantial cake. For further details or to share your thoughts or requests for future updates, be sure to check out Sky Force Reloaded on our forums.