It’s no secret that the expectation of Apple TV becoming a fully fledged gaming platform that Apple outlined so enthusiastically back in October 2015 has not ended up being a reality. While the initial surge – with titles such as Guitar Hero Live – was particularly strong, it has tailed off to a point where apart from the occasional Apple TV compatibility update there aren’t any massive compelling reasons to consider purchasing one of the magical black boxes purely for gaming purposes. However, things are looking up for the Apple TV, with news of the ability to require the use of game controllers as outlined at WWDC and also upcoming games such as Dungeon Tiles, which has even managed to win mobile marketing company AppLovin‘s $25,000 ‘Apple TV App Challenge’ prize and launches on Apple TV and iOS for free on the June 29th. 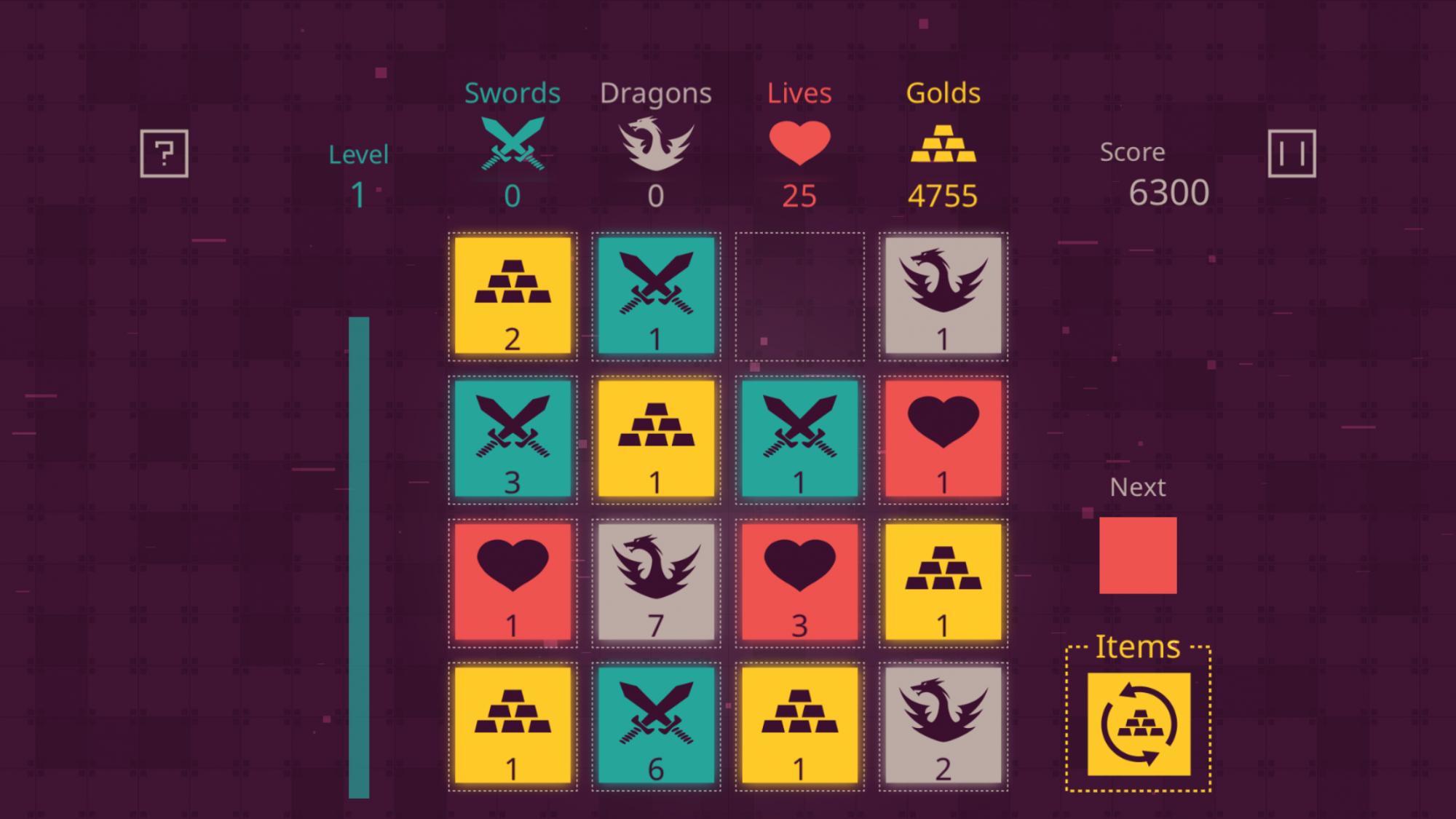 In the feedback for the AppLovin contest, the judges claimed they were ‘blown away by the quality of Dungeon Tiles’, and from the trailer and screenshots the developer has shared it sure seems like such praise may not be unwarranted. Featuring an interesting yet perfect amalgamation of Threes! ($5.99) and the legendary Dungeon Raid ($0.99) (which seems to fit so perfectly I’m surprised we haven’t seen it sooner), you’re tasked with matching tiles of the same color to score points, with blue cards representing swords of different variants, red cards lives, white cards dragons and finally yellow cards gold. Dragons reduce the number of lives you have, while swords slay the dragons, and experience can be gained as you go until you level up.

Adding RPG elements is sure to entice anyone who may be tired of Threes! (if that’s even possible) and wants a different spin on the formula, and also prove an interesting prospect for hardcore role-playing gamers who may not usually be too excited by simple puzzle games. Regardless, the minimalistic graphics look very aesthetically pleasing, the promise of a two player mode between devices and really the fact we’re receiving a kind of spiritual successor to Dungeon Raid for the low low price of free is enough for me to give Dungeon Tiles a shot on June 29th. Check out the forum thread for further details, and make sure to let us know if you’re excited to slay some dragons on the go.