Android is already the easier system for players and developers when it comes to early access and open betas of games due to Google’s infinitely less stringent restrictions on app distribution on the platform. Not to mention the ability to distribute games without going through Google at all. But Google is about to make it even easier for developers and players to do beta tests, with two new features. One is that open betas can now be listed in Google Play search results, and users can opt-in to those betas direct from the store listings. Plus, they can send private feedback to developers straight through the store listing. All of this hopes to streamline the process for developers and users. 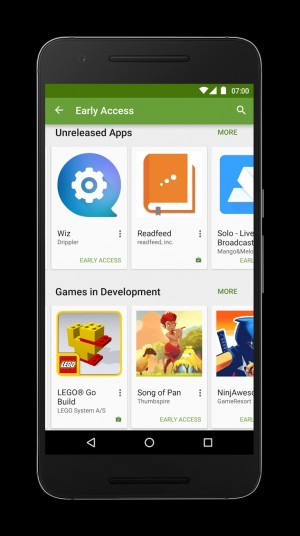 But what about finding these games in early access? Well, Google is going to add an Early Access section, featuring hand-picked open betas to try out. Considering that Apple still pretends that early access and open betas on a wide scale still aren’t a viable phenomenon, or make them tough to do with the 1000 user Testflight limit, this is another sign of why Android gaming has its advantages over iOS gaming. That, and Google’s more open to controversial material than Apple is.