There’s a bit of a kerfuffle developing on The Internet today as Apple has done an inexplicable thing that has made a bunch of people angry. Justifiably so, I’d say, but it sure does get demoralizing seeing so many people get mad about video games so frequently. Anyway, the episode in question involves Apple rejecting the approval of a game called Liyla and The Shadows of War based on the grounds that they don’t consider it a “Game" and instead suggest classifying it under the “News" or “Reference" categories. This is according to a tweet from the Liyla Twitter account:

Liyla and The Shadows of War is the work of Palestinian developer Rasheed Abueideh, and it deals with a girl and her life living in the Gaza Strip. There’s no doubt that this is a politically charged game, but it most definitely IS a game. I wouldn’t say it’s outside of the territory of something like the heavily featured and critically acclaimed This War of Mine ($13.99) or even stuff like Papers, Please ($7.99) or The Westport Independent (Free). Perhaps it being based on actual events experienced by Abueideh have something to do with Apple’s position on the matter, rather than dealing with a fictional government or events. From the Liyla press kit on why Abueideh made the game:

“I’m a father of two kids, I can’t imagine my life without them, but in Palestine nobody is safe.
​
When the war started in Gaza and i saw the images of the killed kids in their parents hands I was shocked, I had a weird feeling, it’s a combination of sadness, fear, empathy and anger, All what i was thinking of is “what if this happened to me".

I have chosen to share those feelings in a game to deliver a message of how we are living as Palestinians under this situation. 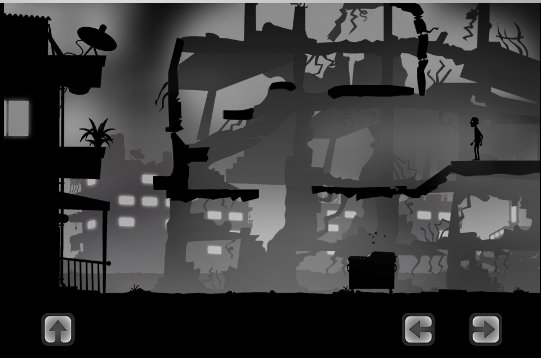 Of course, if you have an Android device, Liyla and The Shadows of War is readily available on the Google Play Store where it’s rated Mature 17+ so you can always check it out that way if possible.

So far there’s been no official public comment by Apple on this, but I’m guessing that like most Apple controversies this one will cause some outrage for a few days but will eventually be resolved happily. At least I hope so. We’ll keep our eyes on this story and let you know if and when Liyla and The Shadows of War ever ends up on iOS.