If you’ve been playing the highly popular Slither.io (Free) on your iPhone or iPad, you’ll know that controlling your ever-growing (and ever-dying) worm has been a bit of a challenge. Having to drag your finger around the worm to move it in different directions often resulted in death-by-finger-blocking-worm, especially on the iPhone. And since this game is all about quick movement and good timing, these control issues bugged me quite a bit. Fortunately, the developer agreed with me since the just-released update has added a second control method that is more akin to a virtual stick. It’s now much easier to move the worm around, and even do a 180 without your finger getting in the way, and easier to play with one hand. Now I only have myself to blame for not managing to eradicate that really bad worm infestation. 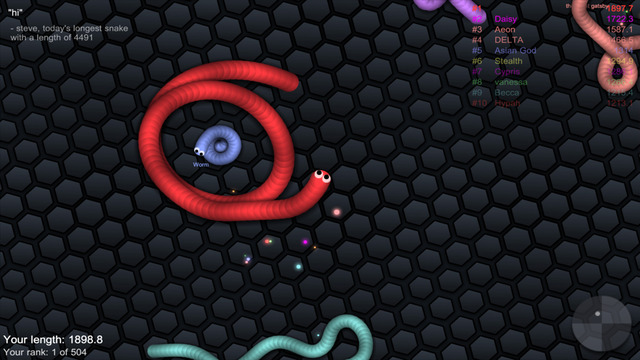 The update also added skins, which allow you to change the color of the worm to something more visually appealing, and faster rendering. All that’s fun, but the controls are what will make the bigger difference. If you’ve been playing Slither.io a lot before the update, let me know if you find the controls better now or whether you still prefer the old controls because I do wonder which is better if you play the game at a high level.