I am absolutely fascinated with Yo-Kai Watch. I’ve played the localized 3DS game, I watch the television show, and I have several trinkets from the toy line, including the actual titular watch. Having visited Japan for the first time last year I had the good fortune of speaking to residents about what a “Yo-kai" actually is, and how they differ from ghosts or other commonly known spirits. They’re mischievous in nature, just like the “gremlins" in western folklore, which sets the perfect tone for a game featuring a crazy red cat that knows kung fu and calls his attacks “Paws of Fury." Yo-Kai Watch Wibble Wobble (Free) is the latest creation in this cross-media venture, and it draws a lot of influence from modern puzzle hits like the Tsum Tsum series in a good way. 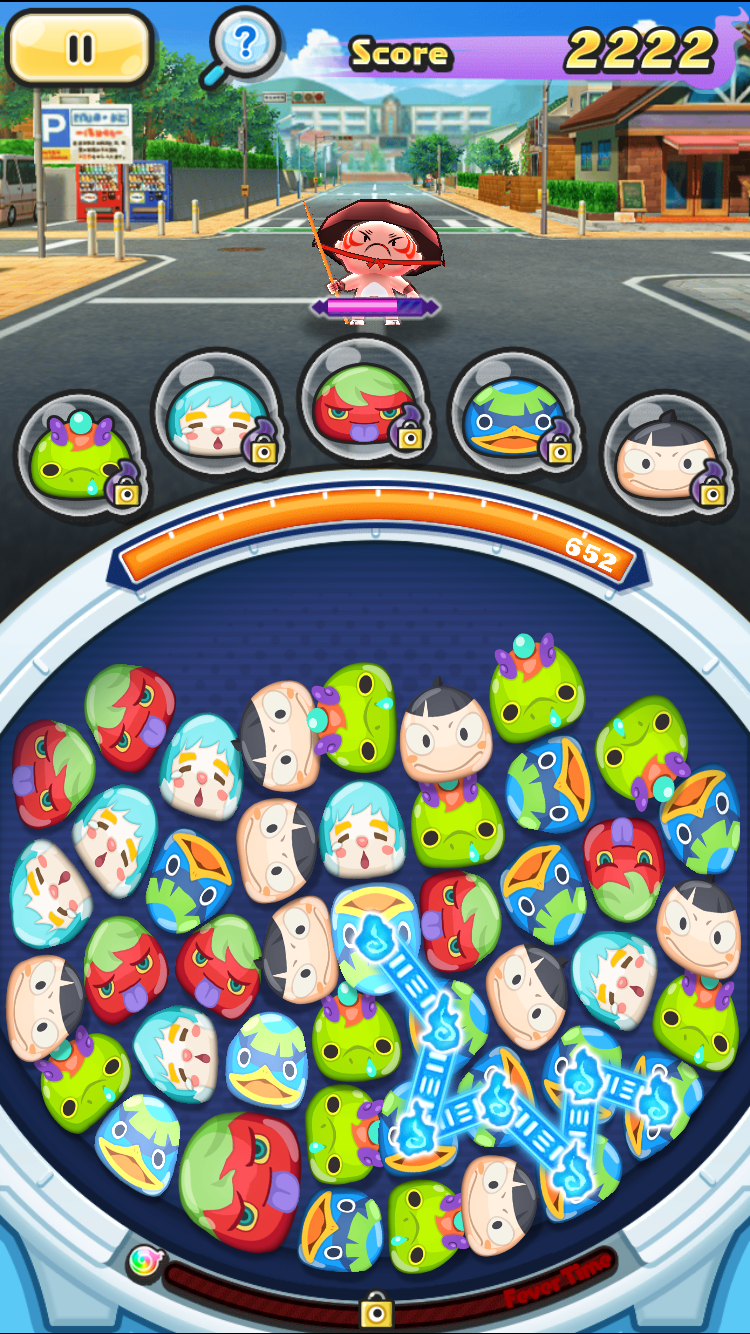 To be clear, this is not a match three experience. Instead, players will be collecting “heads" together into massive bulbous shapes and popping them to incur damage. You’ll facilitate this by dragging across like-minded patterns (for example, blue cat heads that look exactly alike) to form bigger shapes, which in turn do more damage than smaller ones. There’s a decent amount of depth afoot because players need to decide if they want to launch quick precision strikes or plan all the way up to a massive collective that kills enemies instantly — and to an extent, both strategies work. Looking for patterns and lines soon becomes second nature, and the game is pretty lenient when it comes to drawing between other shapes, so long as they’re in close proximity.

It’s all done through a simple tap and drag control scheme, with the former actually popping the bubble and launching an attack and the latter combining elements. It’s very easy to pick up, and with enough screen real estate on a larger device, impossible to screw up. There’s also a decent amount of positive reinforcement too, as each pop will fill a fever meter and a Soultimate ability bar, which can be unleashed for extra damage — so you aren’t just aimlessly popping things for the sake of it with no clear goal in mind. 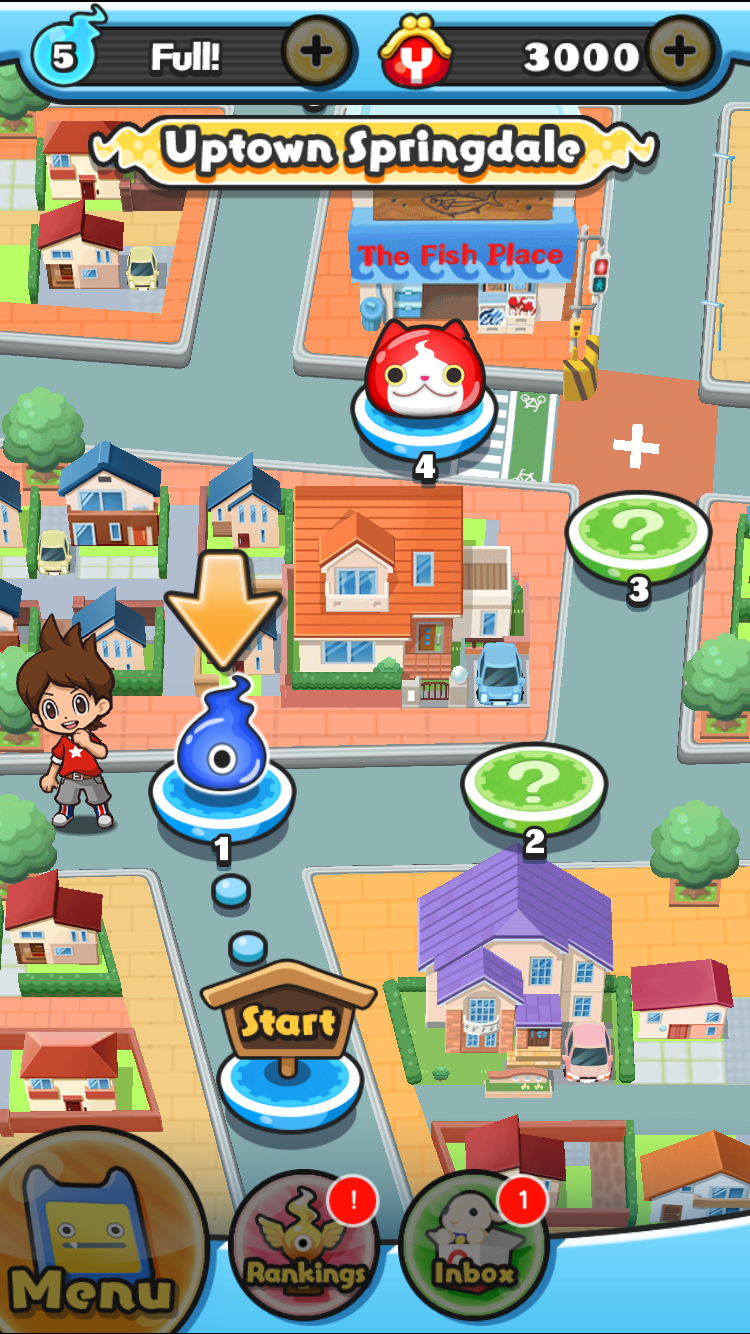 While the story isn’t exactly award-winning material, there is a lot of heart here and it captures the essence of the animated series and the games. One day in the woods players encounter a strange capsule toy machine (“gashapon" in Japan) which frees an ornery ghost butler named Whisper. Through the help of his teachings and an actual Yo-Kai “Watch" that can show you spirit-like creatures, you’ll acquire more party members and battle enemies, as well as take on challenges like time trials, point requirements, or other minor quests. Collecting more Yo-Kai is also incredibly addicting and gives you more incentive to replay levels, even if the capture rate is a tad lower than I’d like.

All of it takes place in a fictional version of Japan, which is rife with history and other cultural nuances. It’s great how the developers were able to capture a lot of Japan’s culture and heritage and encapsulate it with the character designs, and I’m not just talking about something like a samurai cat. It’s clear that even for a spinoff puzzle game like Wibble Wobble, a lot of effort actually went into the project, which is rarely seen these days. The same goes for the endearing art style, the game’s cheery vocal performances, and the upbeat soundtrack.

One issue the game does have is a stark difficulty increase after several hours. While the initial set of levels can range from relaxing to downright simplistic, Wibble Wobble really ramps up in a big way. Bosses in particular are a challenge and have a big learning curve, as it forces you to consistently switch targets while actually tapping figures in the core game area.

Naturally there’s an IAP element involved, mostly in the form of “Money," which can be purchased in increments of $0.99 all the way up to insane amounts like $79.99. It all ties into easier progression and the like, but for those of you who are worried, fear not, it’s not required to progress — though there is sadly an energy system, you can purchase turns (Spirit) with money earned through normal play. It’s offputting, sure, as I’d prefer to  just buy everything outright and actually earn the rewards at a faster pace (that’s clearly curbed to push more in-game cash), but it’s not completely unfair, and the game does reward skill.

Yo-Kai Watch Wibble Wobble may have a few quirks but dedicated puzzle gamers, especially those who have some interest in the overall franchise, owe it to themselves to give it a shot.