2016 is the year where mobile gaming overtakes console and PC gaming, according to Newzoo. Between ‘personal screens’ (phones, watches) and tablets, they are estimated to represent 37% of the total gaming market, versus 29% for TV-based gaming (plus 2% for handheld systems), and 32% for PC gaming. And Newzoo is estimating that mobile gaming, specifically on phones, watches, and tablets, will take up 45% of the gaming market ($52.5 billion) in 2019. And heck, I think that if you’re just judging on form factor, that really underestimates what ‘mobile-powered operating systems’ devices are going to have as far as share of gaming money goes. I still believe in Apple TV and Android TV gaming as more cord-cutting happens, though admittedly, year 1 of the Apple TV isn’t shaking out well for that prediction. 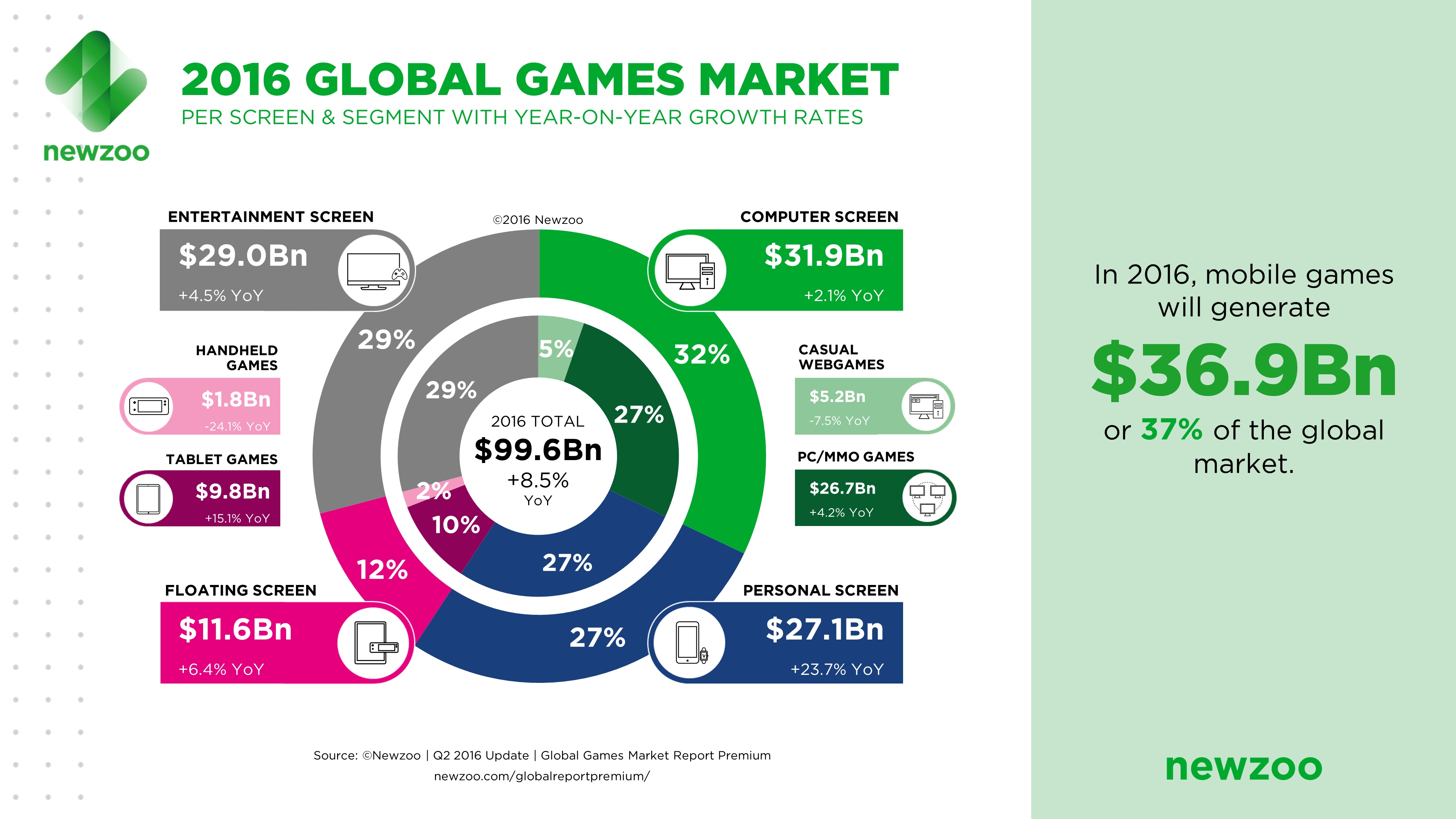 A huge part of the reason for mobile’s growth is that China, and the Asia-Pacific region in general, is a massive gaming market. China is estimated to be worth $24.4 billion ($10 billion of which is mobile), with North America as a whole estimated at $25.4 billion. And think that if you say China has a billion people, your rounding error is the entire population of the United States. The report is worth reading, and it’s worth remembering: if you focus on western console/PC gaming, you’re ignoring a vast swath of the gaming world, where most of the growth is happening.