Back in December, Ubisoft soft-launched a brand new game in the Hungry Shark series called Hungry Shark World. It featured the most impressive graphics for the series to date, the largest open-world environments to date, and the largest cast of unique sharks to unlock and wreak havoc with. It seemed great! There was only one problem: Nobody knew when the game would be launching worldwide. That changes today, however, as Ubisoft has released a brand new teaser along with a worldwide release date of May 5th for Hungry Shark World.

If you’ve never heard of the Hungry Shark series before, well, I’d be pretty surprised. The original game launched nearly 6 years ago to the day, and spawned two sequels which led to the Hungry Shark Trilogy being released as a single app. This was followed by a weird tie-in game with the 2011 film Shark Night as well as Hungry Shark Evolution (Free), which is still updated frequently to this day. Altogether the series has garnered nearly a quarter billion downloads according to Ubisoft, who gobbled up the series’ creator Future Games Of London like a shark back in 2013. According to early players in our forums, Hungry Shark World is pretty great, and it sounds like it’s the best release in the series so far. 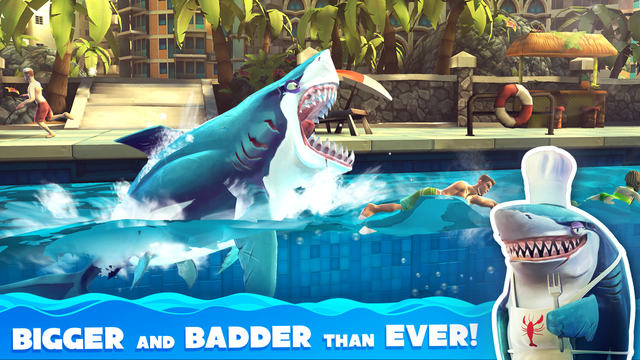 I look forward to trying out the full release version when it hits worldwide in a couple of weeks. In the meantime, if you have a New Zealand account you can check out the soft-launched version with this link, and you can pre-register for Hungry Shark World right here which will net you an exclusive pet, the Kraken, when the game officially launches next month.