Well, that was fast, Telltale. We’ve barely caught our breath after the second episode of The Walking Dead: Michonne (Free), and Telltale has already announced that the last episode of the miniseries, What We Deserve, will hit the App Store April 26th. In the upcoming finale, there will be no Lucille. Instead (spoilers), Michonne tries to protect an innocent family caught in the fight between her and the Monroe colonists, but Michonne’s inner demons are rising closer to the surface and threatening her sanity. I hope they go all horror on us this time around. Your choices will determine who lives, who dies, and what the meaning of redemption is in a world beyond salvation. 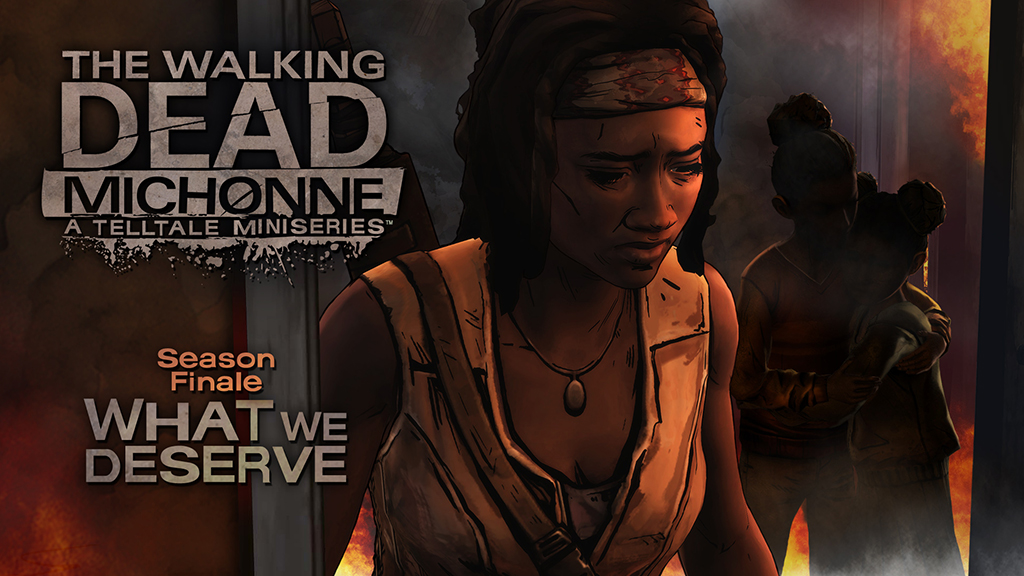 While I wasn’t crazy about the second episode of the series, I really enjoyed the opening one and I’m looking forward to the conclusion of the series. I’m hoping Telltale won’t pull any punches in this one since Michonne’s story and world deserve a pretty violent and intense ending. As is the case after every episode, Telltale has released a video of all the tough decisions made by players during Episode 2, but keep in mind that it contains major spoilers.