Over the weekend I played through Lost Tracks (Free), an iOS game released by a team of students from The Animation Workshop in Viborg, Denmark. Like a lot of student games, it’s super experimental, which makes for a pretty neat overall experience. It’s one of those weird things that straddle a sometimes uncomfortable fence between an interactive art project and an actual game, but being roughly 30 minutes long and totally free, it’s definitely worth checking out.

The premise of the game puts players in charge of a guy named Lou, who sees a young woman on a train and gets lost in his own world of self-doubt. Deep stuff, I tell ya’. You’ll journey through different areas that look really cool, and even hit some points where headphones and the microphone are required. I won’t spoil it as the experience is a big part of the whole thing, but it’s neat. 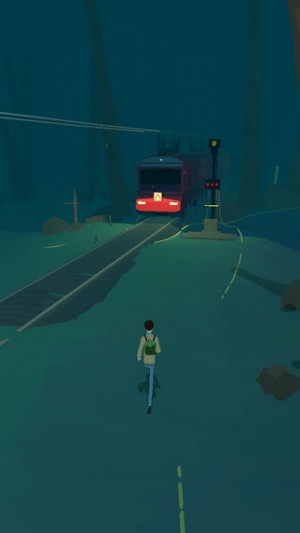 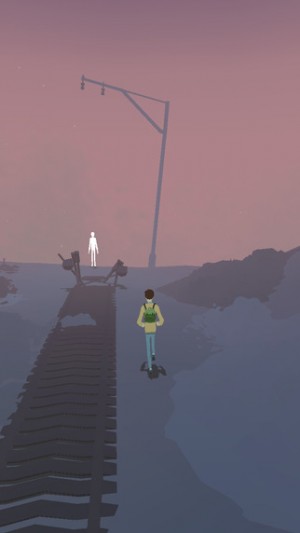 I always find myself wishing these kind of games were a bit more fleshed out, ad I love the art style, the premise is interesting, and the atmosphere of the whole thing is incredible. It feels like it’s over right as you’re getting started, but then again, maybe it’s better to have a cool and compact experience instead of something that drags on forever? Maybe?