You’re once again cast in the role of Mimpi, the little dog who dreams of being a hero. That’s literally the premise this time around, as the game sees you navigating through several of the pooch’s bizarre dreams. Each of the five dreams has an overarching theme and goal, and it’s almost magical to see how things develop from the start of each world to the end. Early on in each dream, Mimpi will meet someone or something that needs help. Soon after, Mimpi will suit up with an appropriately-themed outfit, and things go from there. The levels are packed with relatively light puzzles that you can solve by manipulating various objects in each scene. Some of them are quite straight-forward, like pushing a block or stone to reach a higher platform. Others are more abstract, like having to play a piece of music by sounding notes in the correct order. 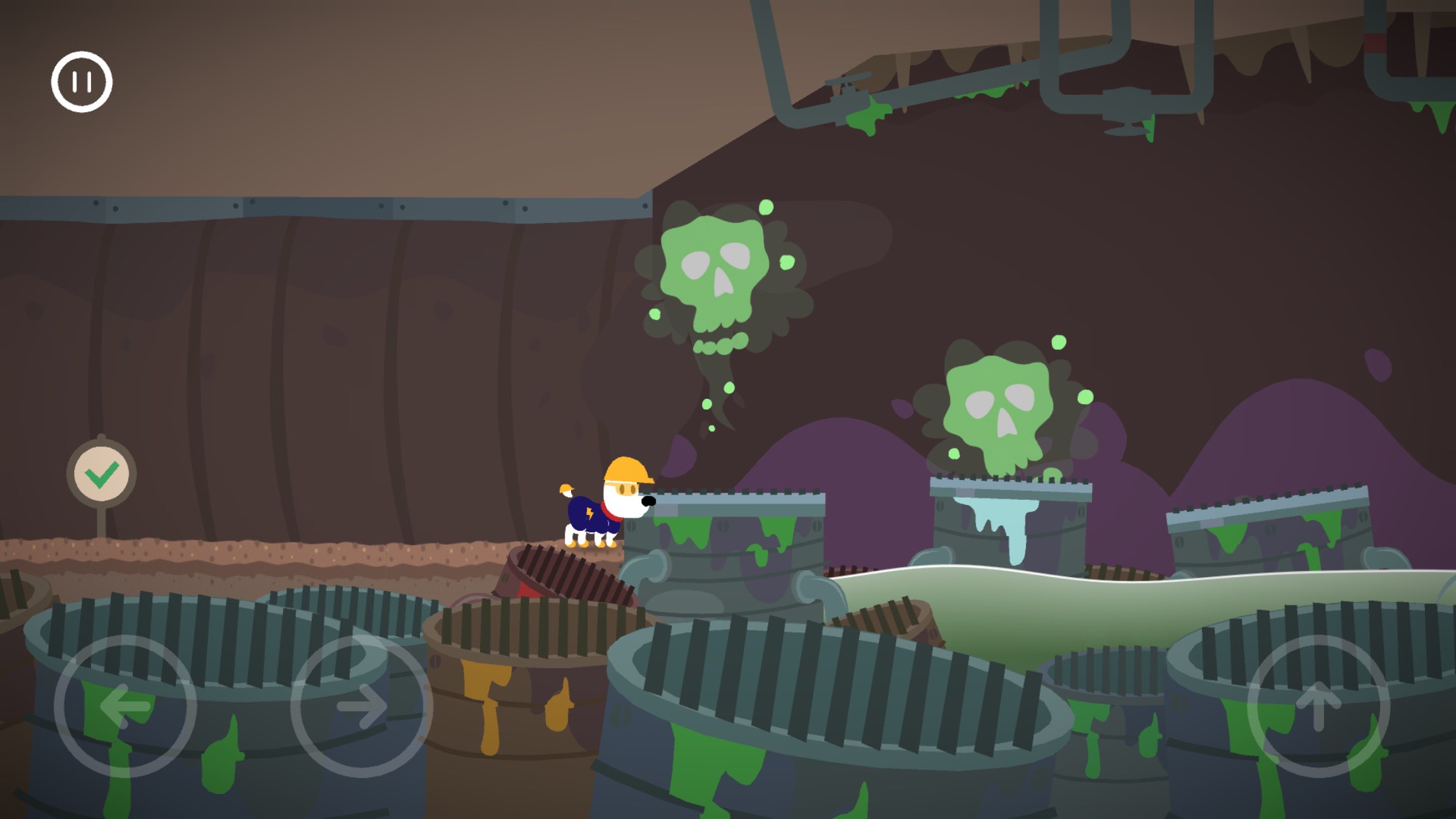 As in the first game, the most frequently seen puzzle type involves using cloud platforms to bridge various gaps. Just as before, they can be moved around within a limited range using your finger. In Mimpi Dreams, you can actually move those objects around even if Mimpi is sitting on top of them, which is a nice improvement. The cloud sections also represent the main platforming involved in the game. There are a few sections where you’ll be jumping from one precarious perch to another, but outside of those areas and the cloud puzzles, most of the platforming in Mimpi Dreams is more about navigating than testing your skills. The controls are much tighter this time around, with Mimpi feeling less floaty than in the original game. I think they’re actually good enough to handle something a little more up-tempo if the developers chose to go that route in a future game.

But really, Mimpi Dreams isn’t about the platforming. As clever as they can occasionally be, it’s not really about the puzzles, either. These are simple tasks to keep your fingers and brain slightly busy while you take in the sights and sounds of the game’s world. It really is beautiful and bizarre in all the right ways, and there’s a certain abstract coherence to it all that wasn’t quite there in the original Mimpi. Oh, there are plenty of bizarre elements with no discernible origins, but the way they’re all stitched together feels very natural. It’s a lot of fun seeing the way the levels playfully transition from one section to the next. While it’s not very taxing, it’s certainly an enjoyable experience. 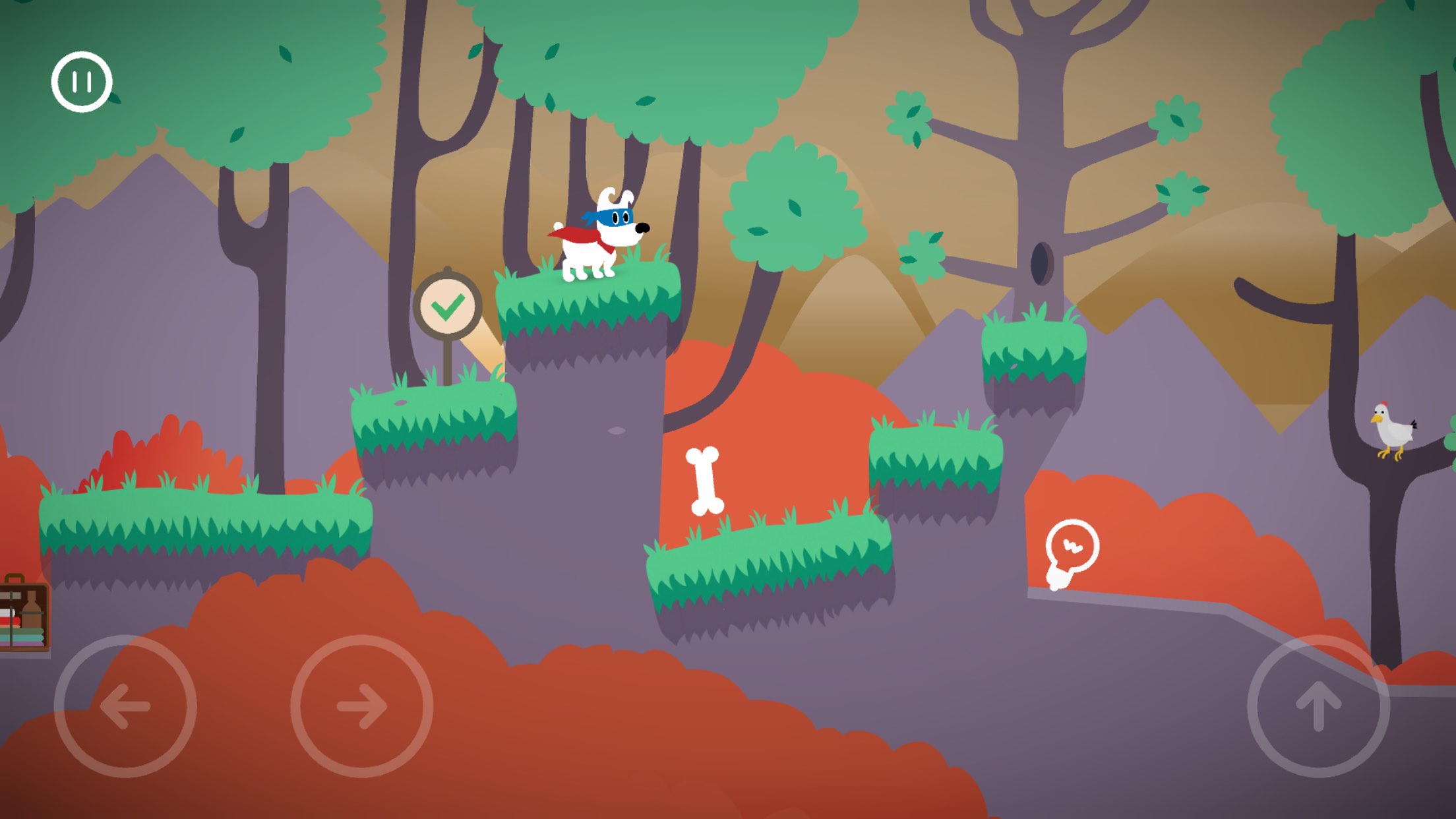 At least, it is for as long as it lasts. Following in the footsteps of other intricately-crafted experience games like Monument Valley ($3.99), Mimpi Dreams ends just as it feels like it’s getting going. There’s a bit of replayability here thanks to collectibles scattered throughout the levels, but it’s not terribly hard to pick up most of them, if not all of them, on your first playthrough. In all probability, you’ll be finished seeing everything Mimpi Dreams has to show you within a couple of hours at most. If the previous game is anything to go by, we’ll likely see more added to Mimpi Dreams over time, but in its current form, the end comes quickly and with little fanfare.

Still, what’s here is quite nice. I ran through the entire game in only a couple of sessions simply because it was hard to put down, and I think it at least says something when at the end of a game, you find yourself wishing there were more. I think that’s why I’m not as disappointed about the game feeling like a mission-pack sequel as I normally might be. And while the improvements game-over-game are definitely subtle, I certainly appreciated things like more responsive controls and more intuitive puzzle designs, too. As long as you don’t mind that Mimpi Dreams is more about taking you on an audio-visual journey than putting your twitch skills to the test, you’ll likely find the game to be worth your time and money.