Foursaken Media’s freight train of releases is just about to pick up in 2016. They’ve already released All is Lost (Free) and have the clicker-inspired War Tortoise coming out in late April. But no, they ain’t stopping, as they’ve just announced Adventure Company, a class-based action-RPG. Oh, and they want people on our forums to help test it out. The game will have you building up a team of heroes as part of your eponymous adventure company, leveling up and discovering new classes for the heroes – 60 classes in total. 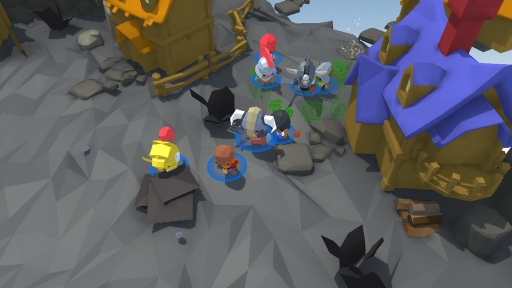 There’s a strategic planning aspect involved as you can split your company up between different stages to help complete the game’s 50 missions more efficiently. The game’s using a low-poly art style that’s looking pretty slick, too. If you want to help Foursaken Media make this all spiffy, then check out the forum thread and follow the instructions to get into the beta test.