Some of my favorite mobile games are ones that can be played with one hand in quick sessions. After all, if you have your phone always with you, then why not fill any empty gaps by playing a game? I love deeper experiences as well, but the ones I keep coming back to are the games that I can play for short bursts. It’s what makes Clash Royale (Free) so compelling and replayable, and why I’ve sunk a lot more time in something like Boom Dots (Free) than you’d probably expect from such a simple game. So is the case with Super Arc Light ($1.99). It’s a minimalist high-score shooter that takes definite cues from Super Hexagon ($2.99). It’s a game I raise plenty of issues with, but I can’t complain about it too much, since it scratches my one-handed pick-up-and-play itch quite well. 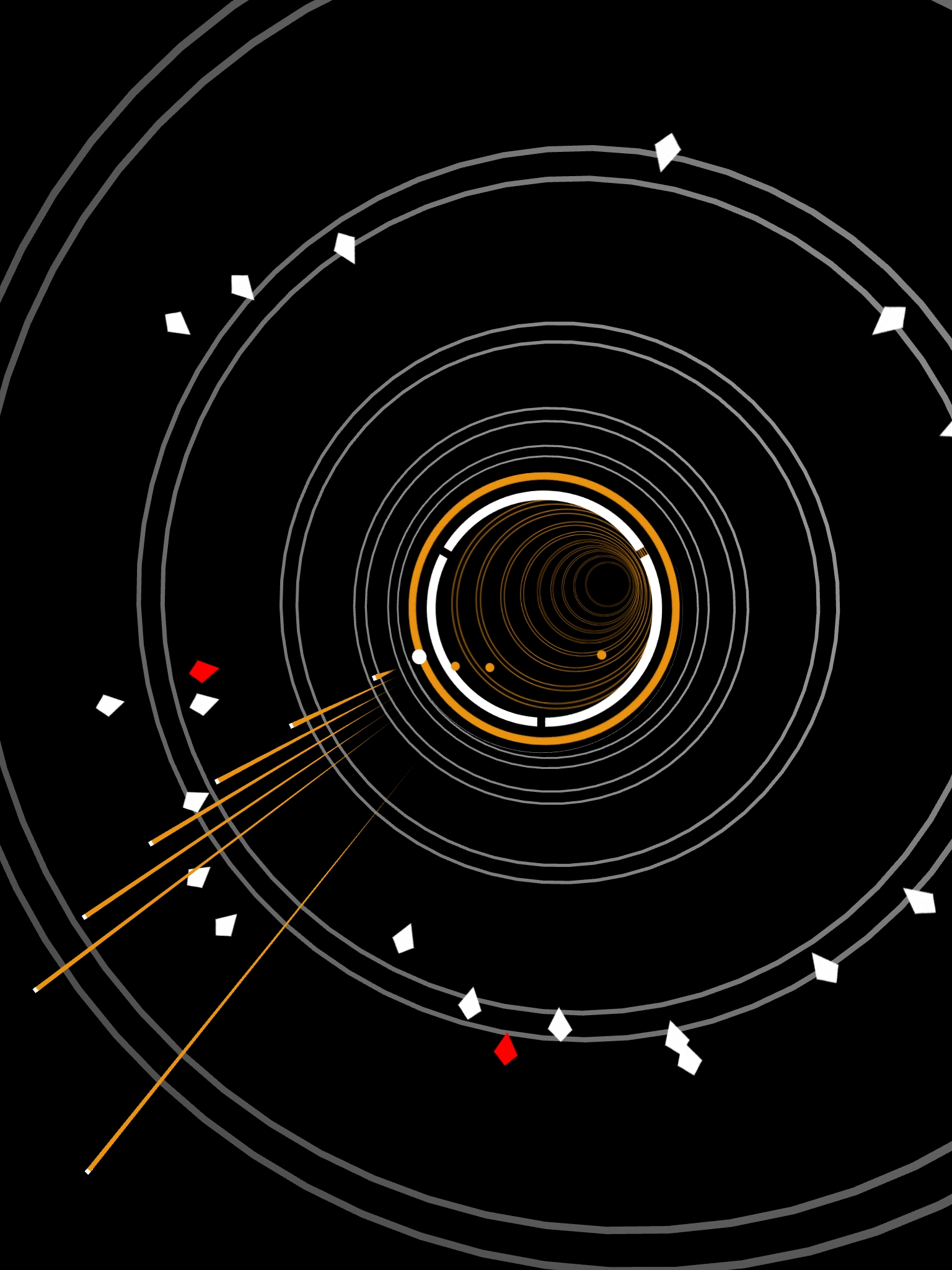 Your goal is quite simple: blast everything that dares oppose you, with enemies lining up in various formations around you. Don’t let them hit you or the circle you’re spinning around. Your ship automatically moves in one direction, and powerups will spawn over time to let you hit enemies more effectively, with formations getting trickier to take down as you go on. You’re mainly just going after high scores, but you start to unlock new and more powerful weapons the more you play the game. Games might only last a minute or two, but that means you can play this whenever you have a free moment without worrying about getting sucked into something you’d be afraid to drop at a moment’s notice.

Now, when I heard that Super Arc Light would have one-touch controls, I was curious. Off the bat, I expected this from the trailer to be a two-thumb landscape game, but no! Portrait and one-thumb! Your ship goes on direction automatically, and when you tap and hold, you slow down and start firing. When you release, you start going the other way. This is a double-edged sword. On one hand, this means that the game is amazing for portable play. And the sessions are generally short enough that you can enjoy the game whenever you have a free moment. Ever since release, it’s become my go-to game. But you are trading off precision to move and fire when you want, as you’re always slightly moving, and can’t necessarily turn on a dime to hit enemies. As such, things always feel a bit sloppy. Is the convenience exchange worth it for the lack of precision? I don’t know. It does affect the character of the game, and perhaps I’ll play it more because of the convenience, so it’s likely a net positive, but there’s always that thing holding the game back.

The game has that minimalist style going for it, and it’s a nice, crisp look, but I think it’s a little too minimal. Games that do minimalism well manage to use simplicity to convey lively universes. The shapes, lines, circles in Super Arc Light wind up feeling too much like shapes, lines, and circles. More animation and visual effects, perhaps even more complexity to the enemies could do a great job at making this something that feels like a lively game and something that projects itself as something bigger, instead of being too grounded in what it is. 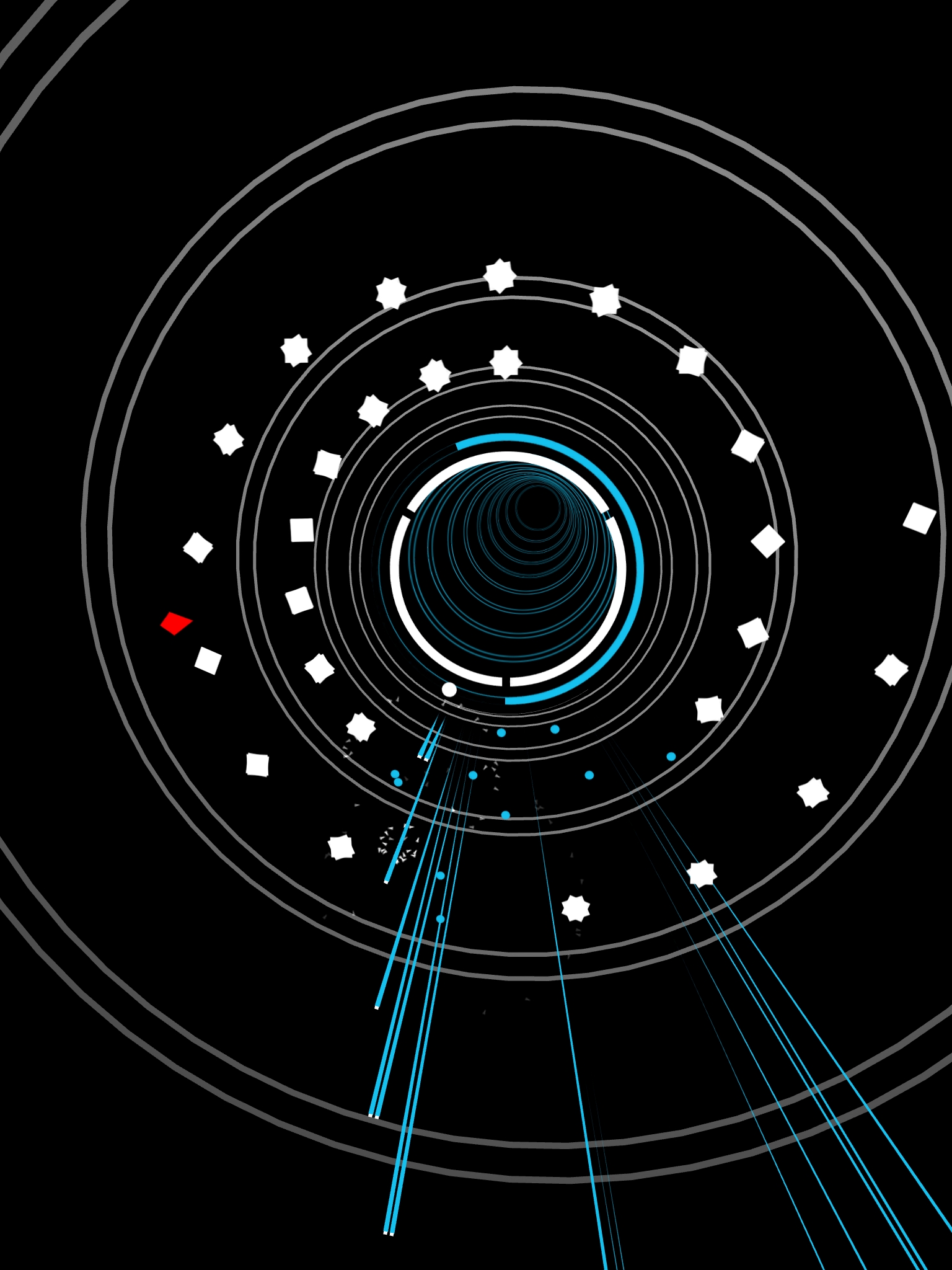 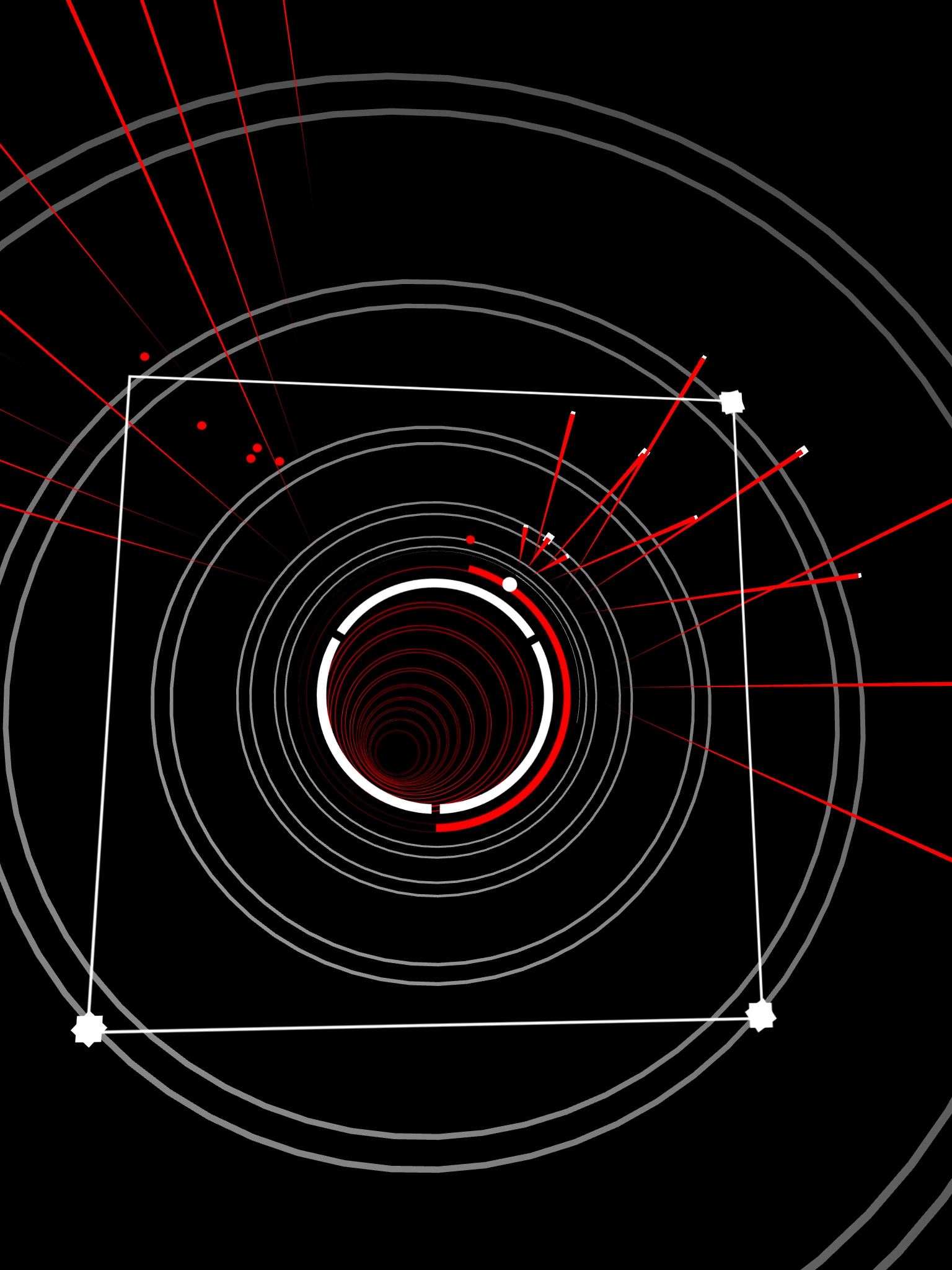 My gameplay concern with Super Arc Light is that there’s just not a whole lot of depth. The game doesn’t do what makes Super Hexagon does quite well, which is to force you not just to react to situations, but to learn how to recognize the situations at high speed. Sure, you have to learn how to best tackle the formations, but it feels like there isn’t enough pushback and punishment for flaws. Many formations can be defeated just by sitting back and firing, waiting for them to run into your bullets. The game just isn’t punishing enough to be really satisfying. It’s possible to be too punishing – Lost Socks (Free) goes a bit too far being structurally punishing along with its levels being difficult, but I’m more forgiving of a game that’s built around learning systems.

Once you get into the 30,000 point range, the action starts to really pick up, but high scores feel amorphous, too, with enemies being worth some unknown amount of points that isn’t revealed until game over. You certainly have an idea of how long you’ve lasted, but a scoring system based on more concrete factors or with indicators – even optional ones – would be appreciated. Even the weapon unlocks feel random, some kind of indicator or rhyme and reason to them would be great.

Super Arc Light is a game that has some key shortcomings, but nothing too damning. The difficulty might be more to the taste of other people. And my misgivings with the visuals might not bother other people. The control tradeoff by being a one-handed game is a net positive, too. There’s a lot of little things that bother me, but the truth is that I will likely be playing a lot more of this well after my review is finished. It’s imperfect, but fun, and only $0.99 at launch, so I definitely recommend it.