2015 was a great year for fans of Pac-Man on iOS, with Pac-Man Championship Edition DX ($2.99) finally seeing release on mobile in premium form instead of the weird free-to-play version that was soft launched. But then we got the surprise Pac-Man 256 (Free), which was this amazing take on endless Pac-Man from the developers of Crossy Road Crossy Road (Free). But what about if you were a fan of both games? You were left out in the cold, forced to choose between one Pac-Man game at a time. Not any more, kinda! Pac-Man 256‘s latest update has the game getting some new themes, including one based off of Pac-Man Championship Edition DX. Granted, that game has a ton of visual styles, so it’s a theme based on one of them, but still, pretty cool: 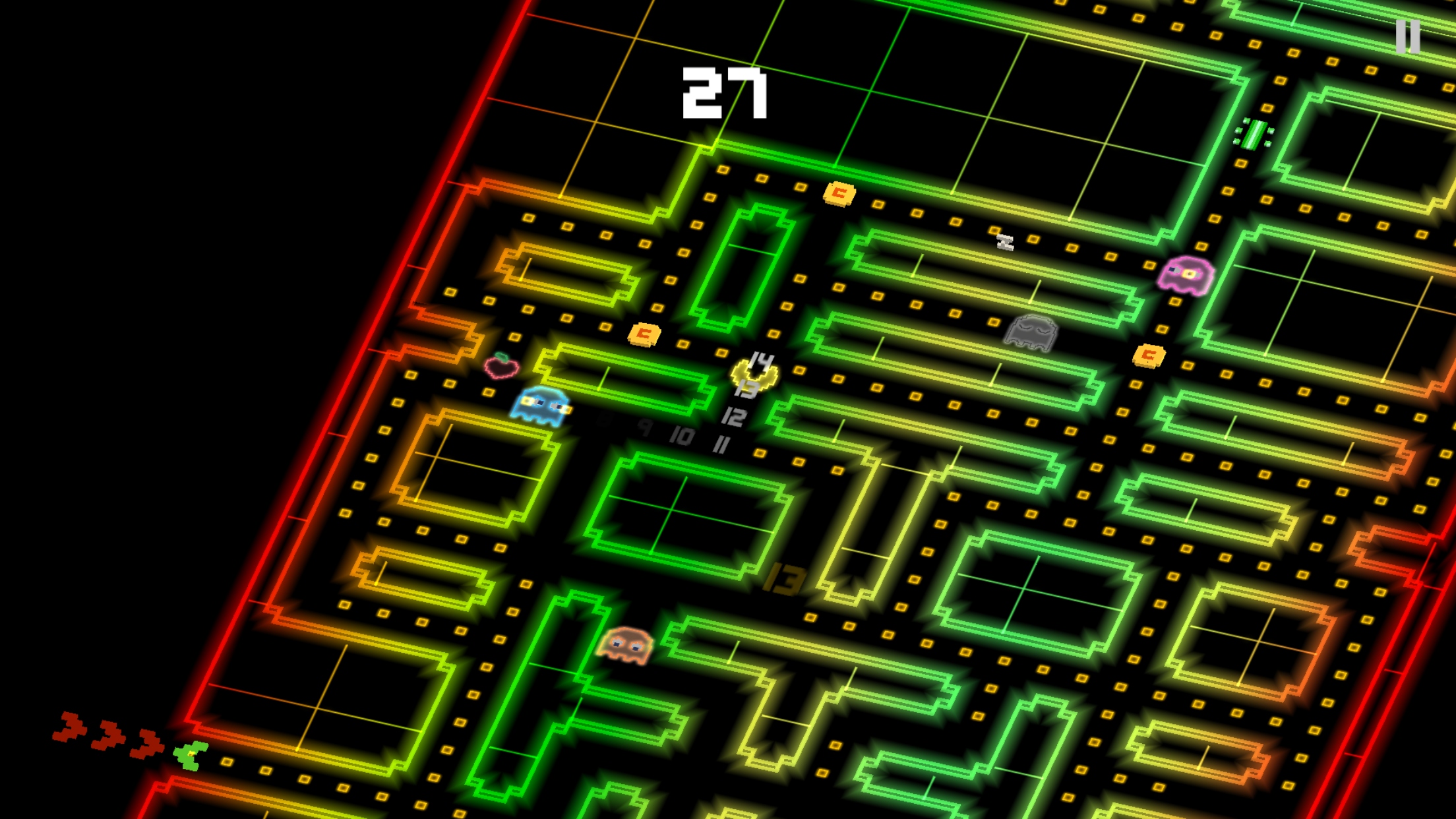 You can nab the theme for $0.99 or 2048 coins, whichever you prefer. A “Robotz" theme and an Office theme where you have to escape dastrdly office furniture is available. Friends’ scores now appear in-game, and iCloud support has been improved. Check out the update right now!