Supergiant’s Transistor ($4.99) is one of my favorite mobile games because of its very clever battle system, its lovely visuals, and, perhaps most of all, its amazing soundtrack. It’s one of the very few game soundtracks that I listen to quite often. If you, like me, enjoy Transistor‘s soundtrack, you’ll soon be able to enjoy it on vinyl, too. Supergiant is offering a deluxe double LP of the award-winning soundtrack by Darren Korb and Ashley Barrett, which features the latest single, She Shines, along with all the other tracks from the soundtrack. The album comes in a glossy old-style gatefold jacket. What I really liked about the LP is that it’s pressed on milky vinyl, a nice touch that makes it visually stand out. Add to that the fantastic art of Transistor on the jacket, and you can see how this one’s a looker. I haven’t yet bought an LP of a game soundtrack, but this will probably be my first one. 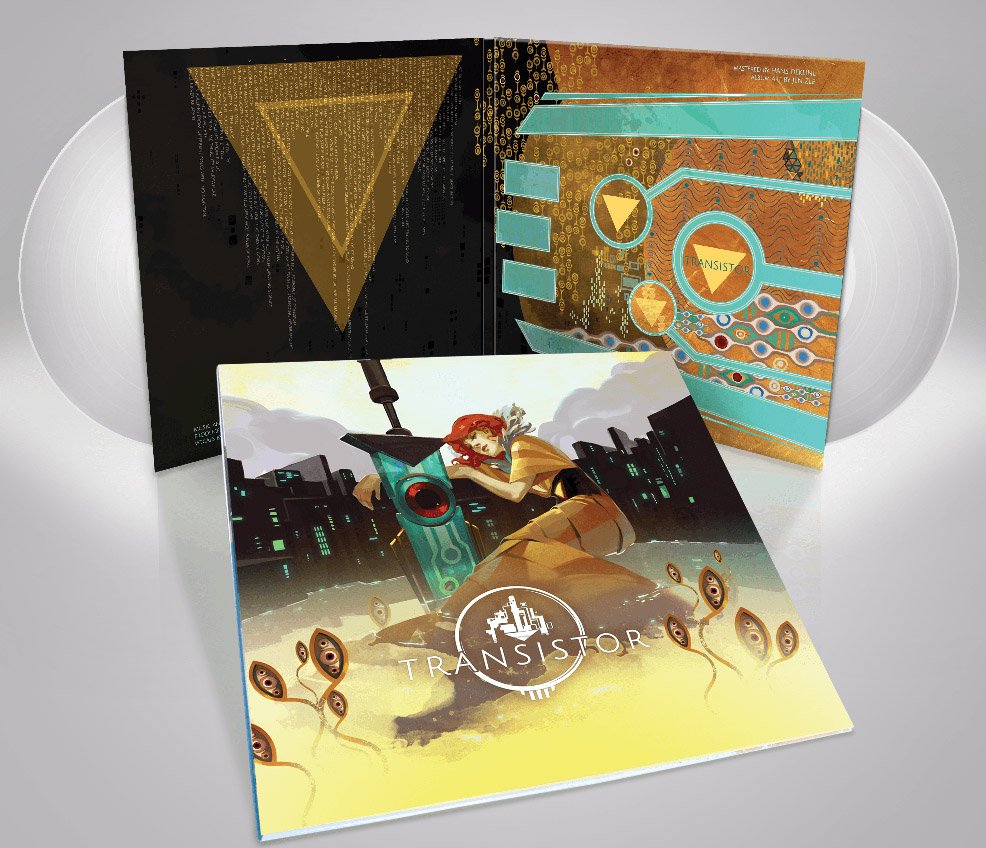 Each record comes with a special download code for a digital version of the vinyl track list, and you’ll also receive a complimentary digital download code for the extended version of the soundtrack. If you’ve already bought the soundtrack, you’ll be getting a digital copy of She Shines as a free update. This soundtrack is truly a masterpiece if you like that genre of music, and the LP looks great too. The Transistor: Original Soundtrack costs $39.99, ships to about 1 to 2 weeks after purchase, and there’s a limit of 2 per person. If you want to grab it, go here.