My favorite Kemco RPG developer, EXE-Create, has found their groove over the last couple of years. Their games typically have enjoyable characters, solid mechanics, and genuinely good localizations. They’ve also pushed the technical side of things more than Kemco’s other teams, introducing a polygonal battle system with Alphadia Genesis ($9.99) just over two years ago that they’ve used in several subsequent releases. If there’s a downside to EXE-Create’s work, it’s that they rarely attempt anything risky with their game designs. While their Kemco stablemates are often trying interesting new systems, gameplay perspective, or even other genres, EXE-Create seems content to focus on delivering a tasty, predictable plate of meat and potatoes every time. How much you enjoy their games depends heavily on how tired you are of that sort of dish and whether or not you can connect with the latest batch of characters. Revenant Dogma (Free) is no different in that regard.

While this game is technically a follow-up to Revenant Saga ($7.99), there aren’t any strong ties between the two stories the way there was between the last couple of Asdivine games. Instead, we wipe the slate clean and enter a world with two main intelligent species, the therians and the humans. Each one worships their own pantheon of gods, with the therians following the feral gods, and the humans following the divine gods. Naturally, since this is a JRPG, these two groups don’t get along at all, and generally try to keep out of each other’s way. Our hero is a human named Caine, a young man who, along with his sister Elize, was raised by the leader of the humans, Premier Lionel. Their attempts to join the elite Revenant force of soldiers met with failure, so Caine now tries to assist the Premier by seeking out powerful relics. He’s on one such mission with another Revenant drop-out named Julie when they end up stumbling on something they weren’t meant to see. Things quickly go south from there. 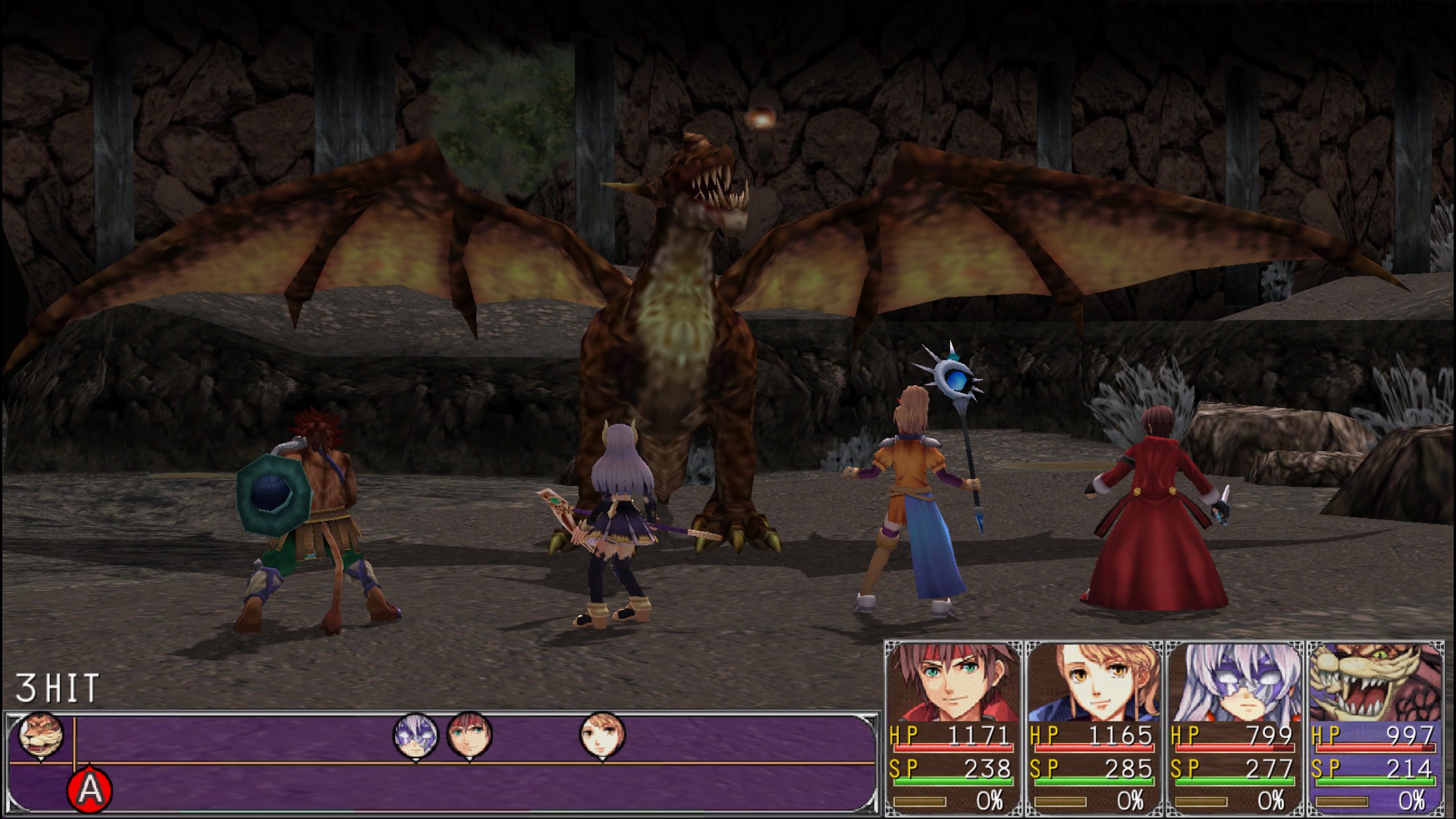 Your party is rounded out with two other staple EXE-Create character types. Lilith is a mysterious girl whose hidden past proves to be one of the main hinges of the plot, and Fleon is a big-hearted therian warrior who starts off hostile but soon comes to respect Caine and his crew. His observations about human behavior and customs generate a lot of the humor in the game, as he’s something of a fish out of water in the party. Although the plot can and does swing into serious moments semi-frequently, Revenant Dogma has the same goofy comedic sense as most of EXE-Create’s other RPGs. Characters will often engage in silly banter with each other, and there are even regular stops on the world map where your team will hunker down for a little skit. The NPCs have plenty of interesting things to say, too, particularly the shop keepers. It’s nice to see the localization once again reaching their previous standards after turning in slightly weaker scripts in the last couple of games.

The transformation ability returns from Revenant Saga in an improved form. Now, as you play through the game, you’ll gain access to multiple transformations for each character. These transformations take the form of standard RPG jobs like healers and knights. You can change transformations on the fly in battles, so you can easily switch around to whichever one you need at that exact moment. You have to mind your limit gauge, however. Staying transformed too long will eventually throw your character temporarily into an uncontrollable berserk mode. There are situations where doing this is desirable, however, since it also raises their attack power. All told, this new transformation system adds a fair bit of fun to the otherwise standard turn-based battle system. It also provides a great reward for progressing in the story, since that’s the only way to unlock new forms. 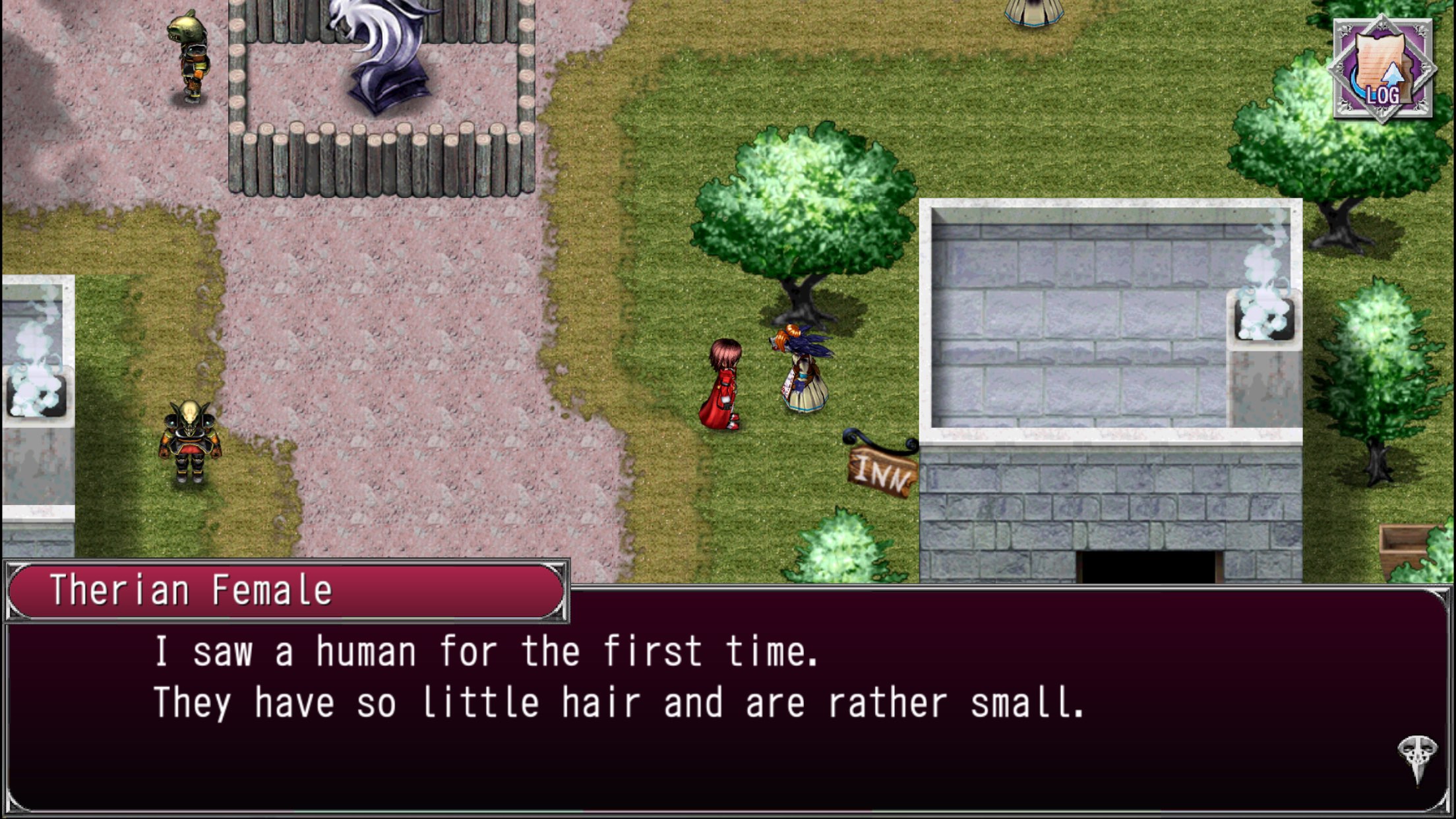 That’s about all you get in terms of new systems, unfortunately. You have virtually no input whatsoever on your character’s growth and development, and while the weapon customization system is enjoyable, it’s nothing we haven’t seen before in the last couple of games from this developer. The game does feature a new dynamic dungeon that’s vaguely roguelike in how it works. You can pop into it from any town, and it has a different layout each time. There’s lots of loot to be found in that dungeon, but you have a limit on how much you can bring back with you on any particular trip. It’s an interesting addition but I can’t say that I bothered spending a lot of time with it. My characters were more than powerful enough to beat everything in the main story with the gear I found along the way. Still, for those looking to get the maximum juice from their squeeze, it’s nice to see this kind of extra content. Hopefully, the developer builds on it more in future games.

To tell the truth, when I first started Revenant Dogma, I was pretty down it due to how familiar everything was. As I continued on, the characters started to win me over, however, and I ended up enjoying the game quite a bit. Since it neither fails nor excels in any mechanical sense, those who are weary of Kemco’s RPG onslaught will likely have to count on the same aspect of the game to keep their attention. As long as you don’t mind the rote nature of it all, you’ll find a well-constructed adventure here, with multiple difficulty levels that ensure everyone gets the challenge level they’re looking for. If you’re tired of this kind of thing in general, the goofy humor might be able to pull you in, but comedy is perhaps the most subjective of all things. 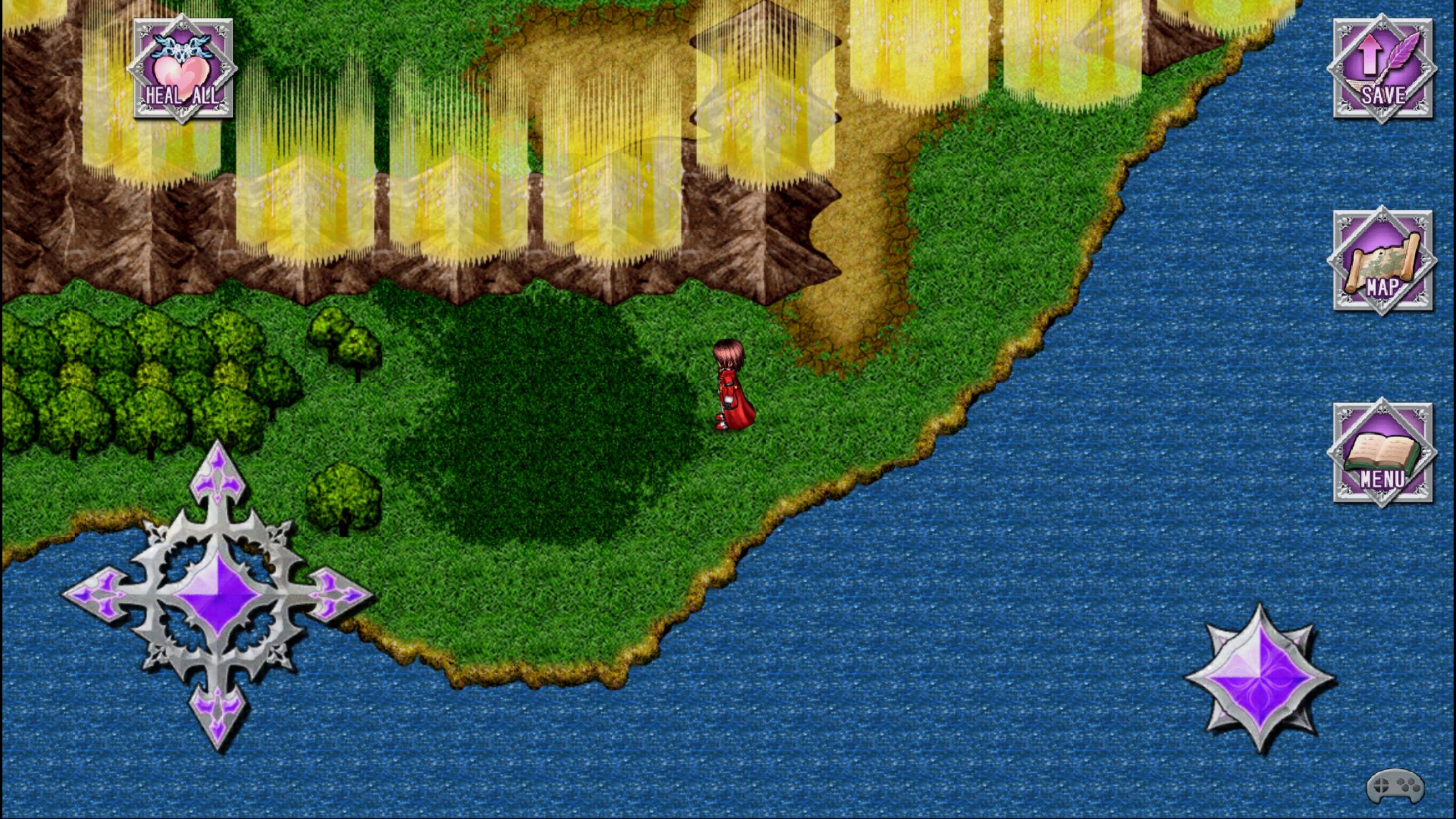 Fortunately, you can give this game a try free of charge. If you don’t mind ads, you can play the entire game free of charge, even. As with the last couple of releases from EXE-Create, you can choose between a free ad-supported version, or a premium version that removes ads and gives you a good pile of points to use in the game’s IAP shop. Unlike the Asdivine games, though, the cheat items in Revenant Dogma‘s shop aren’t really game-changers. There are no gold doublers or anything like that. The best items on offer are experience boosters that completely break the game’s difficulty curve, and a gem that significantly increases rare drops from enemies, breaking the game’s economy. The game’s difficulty seems to be tuned to be played without any of these cheat items, so the premium version’s main draw is not having to deal with ads. If you choose to start on the free version and decide later that the ads are bothering you, an IAP lets you bump your free version up to basically mimic the premium version.

Revenant Dogma is another good effort from EXE-Create, a JRPG very much in line with their usual strengths. Its enjoyable characters work their way through a fairly typical “magic racism" RPG plot in charismatic fashion, aided by a pleasant localization that knows when to whip out the comic relief and when to play things straight. While the gameplay holds few surprises, it never really drops the ball in any particular area, and as such, if you can get along with the story, you’ll probably have a really good time with this game. I have to admit that I’m starting to get a little burned out on EXE-Create’s formula, but I’m glad they’re out there doing their thing, because there aren’t very many Japanese developers left that are serving this particular niche very well on the App Store.