Hello, gentle readers, and welcome to the RPG Reload, the weekly feature where we kill a lot of big bees. Each week, we take a look at an RPG from the hazy mists of App Store time to see how it’s doing in the here and now. As the guy with the spikiest hair, I deftly lead our little group through a balanced schedule of games from week to week. That said, if you feel like I’m missing anything important, please let me know. You can do that by dropping a comment below the article, posting in the Official RPG Reload Club thread in our forums, or by tweeting me at @RPGReload. As the schedule is planned months in advance, you probably won’t see your selection soon, but it will be added to the master list, I pinky-swear. 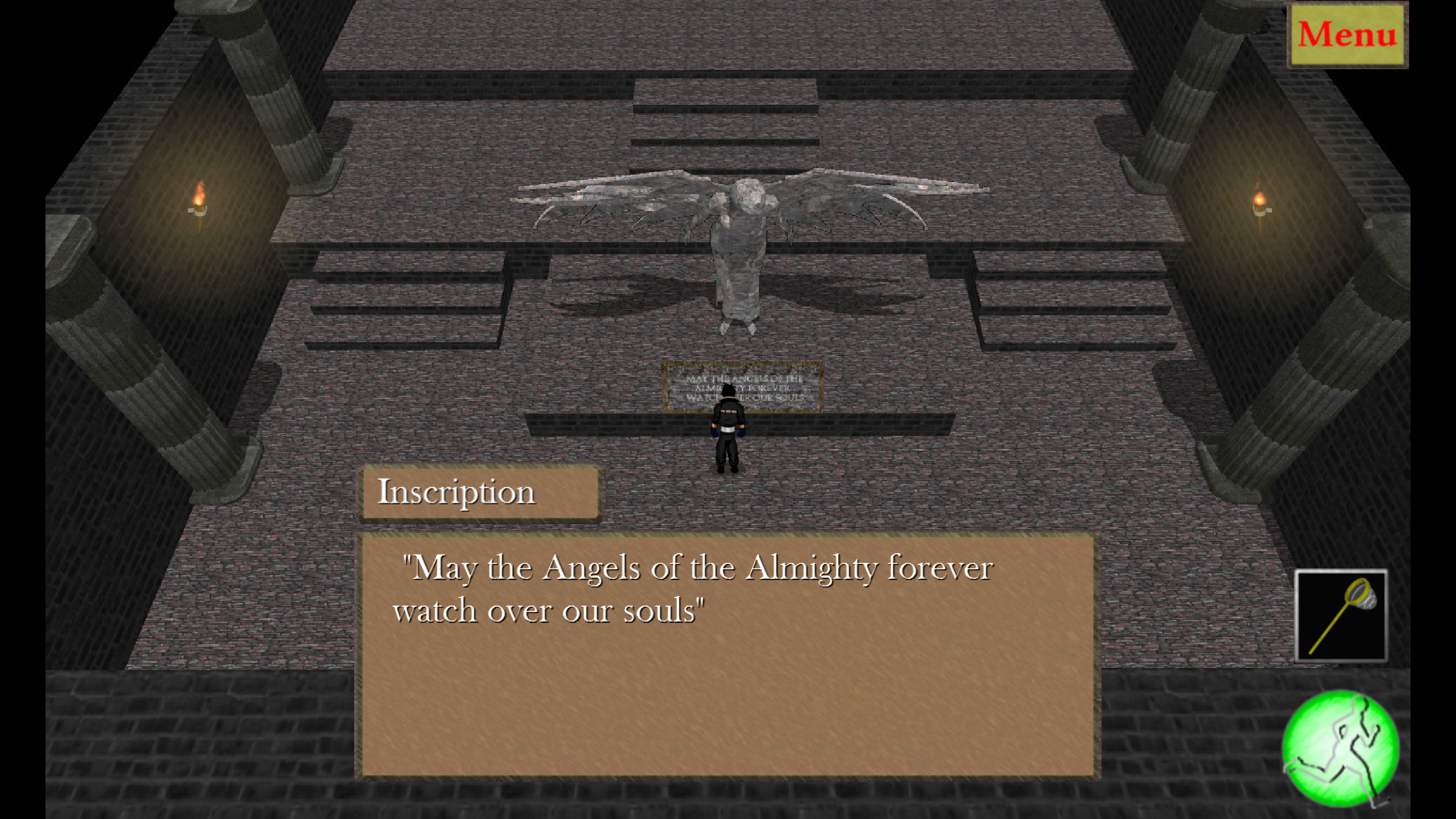 One of the more depressing things about doing the RPG Reload is when I find a really good recommendation for something I haven’t played before, only to find it pulled from the App Store when I go looking for it. This week’s entry was almost one of those cases. Fall Of Angels is an indie JRPG-style game from developer Kevin Mitchell that was initially released in 2011. It was pulled from the App Store at some point in 2015, only to make a triumphant return as Fall Of Angels HD ($2.99) later in the year. The JRPG style of RPG is an interesting case on the App Store, as the category is largely populated by games with above-average levels of polish from established publishers, and streamlined indie efforts that have to ignore one aspect or another just to keep things within a reasonable scope. Every once in a while, however, an indie developer really goes for it, and while the results are generally awfully rough around the edges, you can’t help but admire the pluck.

Even in its revived form, Fall Of Angels looks pretty rough. It was originally put together by two people, and from a gameplay point of view, it compromises surprisingly little. It only stands to reason the line had to give somewhere, and in the case of Fall Of Angels, it’s in the somewhat crude presentation. But it’s consistent even in that regard, because its failings are less from a lack of trying and more from reaching farther than its grasp. Fall Of Angels is as long as any Kemco iOS RPG, has several playable characters, and sends you through a variety of huge dungeons and other areas. The backgrounds are 3D, while the characters and NPC are high-resolution sprites. That combination leads to a slightly disjointed feel in the visuals, while some questionable animations here and there do the rest of the job. It’s of course worth remembering that although the game has been prettied up, it was initially created around five years ago, so it deserves a little slack for that that, too. 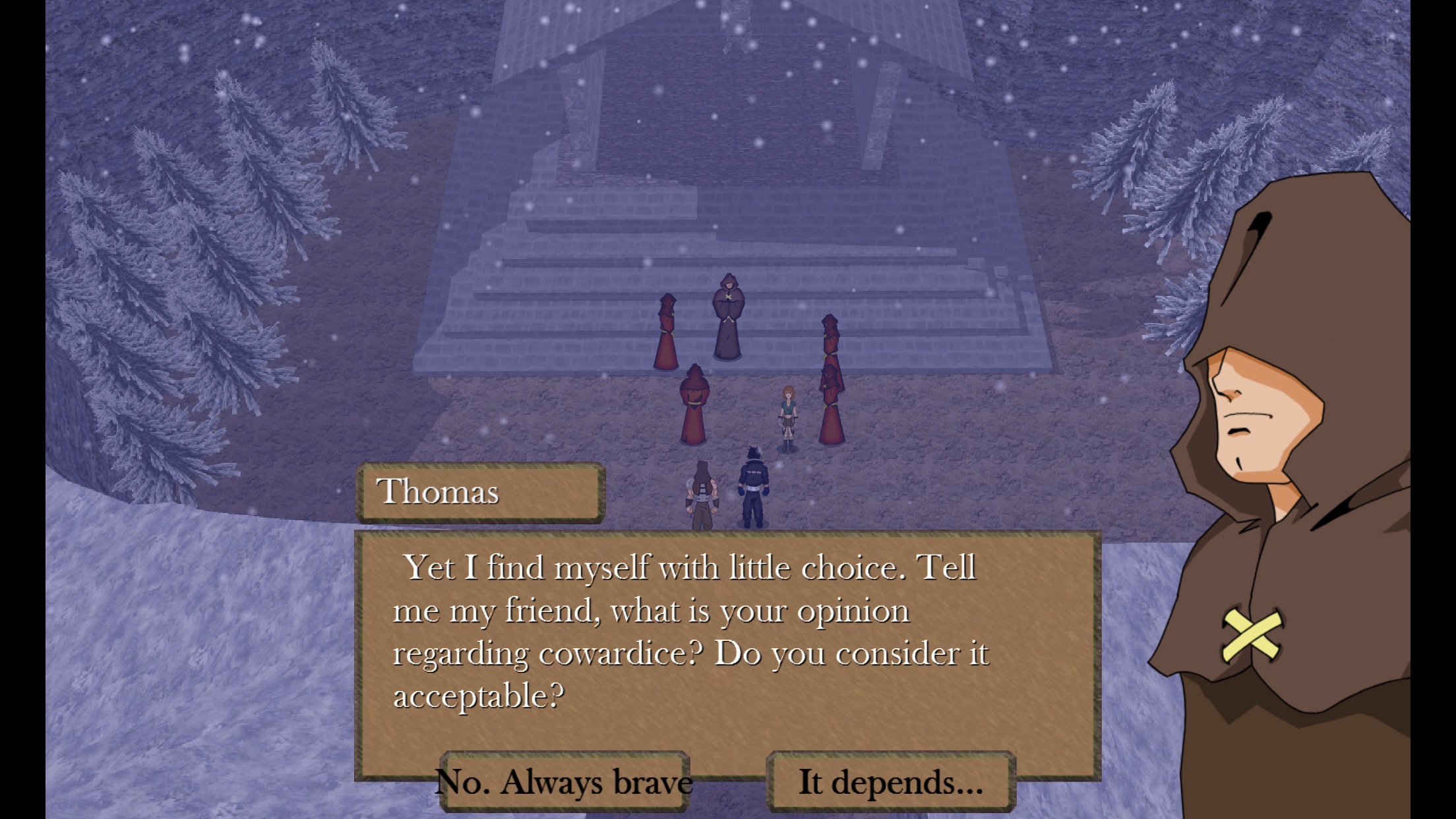 This is normally where I fill you in all the secrets of the developer, but there’s not much to tell here that I could find. Fall Of Angels was apparently based on an idea that developer Kevin Mitchell had kicking around in his brain as far back as 2001. He was finally able to make it a reality in 2011 with the help of artist Lee Pattison. Or at least, he was able to make part of it a reality. Fall Of Angels is, unfortunately, another one of those RPGs that ends with a lot more story to tell, but with no additional installments in sight. The game seems to have gone criminally overlooked back when it first released. There were a few reviews around the web and a thread in the TouchArcade forums, but that appears to be the size of its impact. That’s too bad, because once you get past that initial impression, this is a surprisingly robust game with a lot of fun and interesting ideas. If you’re reading this and haven’t played it before, go throw a few bucks and at least a few hours at it. I think you’ll be pleasantly surprised.

As already mentioned, the original version of the game was pulled in 2015 due to its age and replaced with a spiffy new port from the PC version that was created after the initial iOS release. In the intervening years, the developer tried to get a Kickstarter going to continue development on the series, but wasn’t able to reach their goal. With that in mind, we’re kind of lucky he came back to the game at all. But he didn’t just come back to it and give it a quick sprucing up, mind you. He also expanded the size of the world, added new puzzles and sub-quests, and even improved the battle system, among other additions. Even if you’ve already played the original version, it’s worth taking a trip through this special edition release. The ending is still open, so I guess the developer hasn’t given up his dream yet. 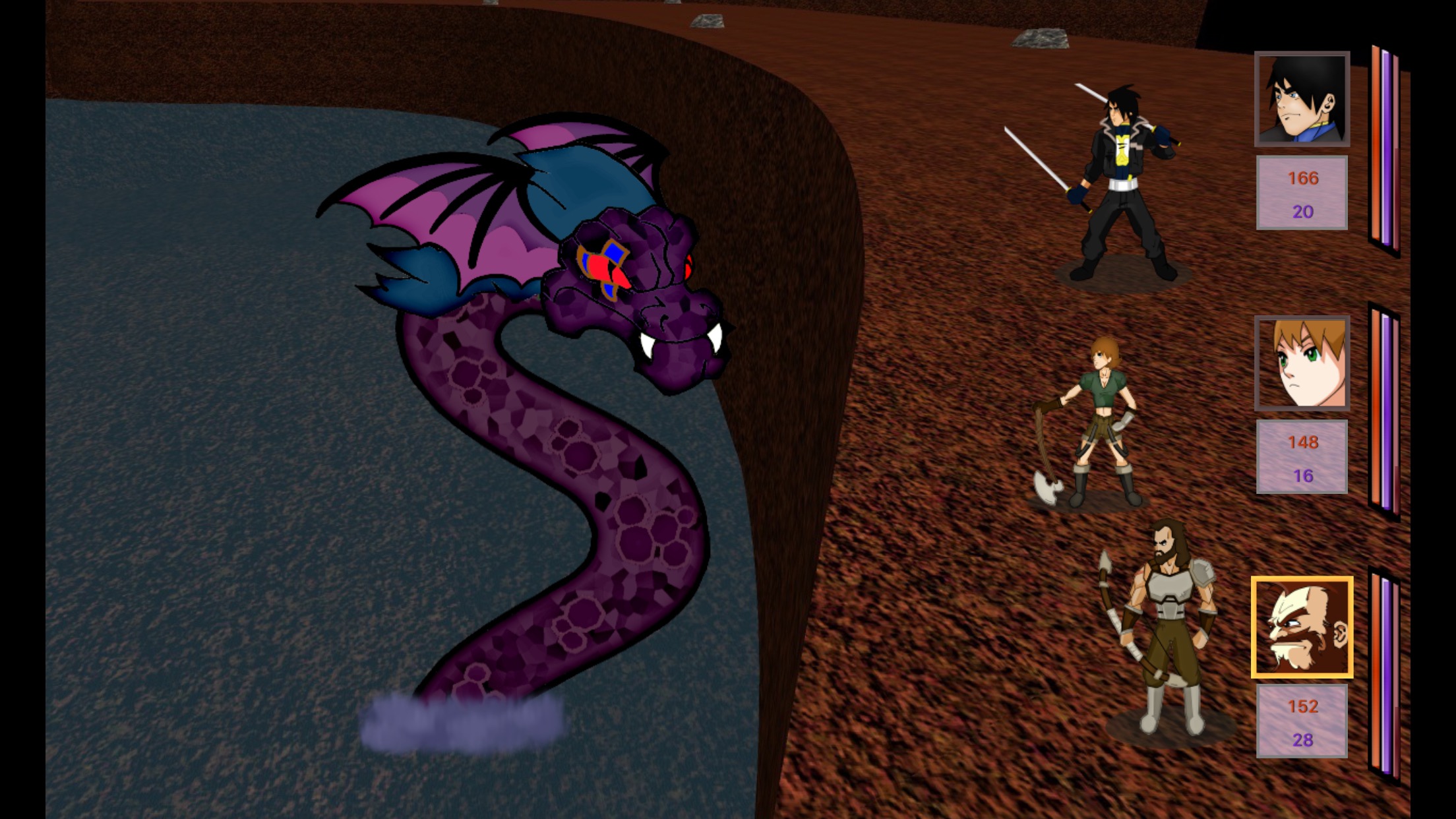 Anyway, onto the game. Your main character is a mysterious elite soldier named Sariel who works for the military arm of a massive church. This church basically acts as the governing body for most of the world. One day, something falls from the sky near the border of two nations. Both want to lay claim to it, so you and two of your fellow soldiers are sent in to settle the dispute and investigate whatever it was that fell. When you finally reach your destination, Sariel discovers the nature of his mission wasn’t quite what he was told, and he ends up separated from the rest of his team, on the run from the church. The story takes a little while to get going, and it gets a little bit convoluted at times. It also leans hard on a few cliches. But overall, it’s a surprisingly engaging tale once you get into it. The dialogue is fairly well-written, and the cast of characters interacts well with each other.

In most ways, Fall Of Angels plays the way you’d expect from a JRPG-style game. You’ll wander from town to town, clearing out dungeons, upgrading equipment, and hitting story points where everyone stops to talk for a while. The battles are turn-based, and although you can see encounters on the map, you can’t help but run into them a lot of time. The game has a few wrinkles to it, however. First, it adopts a similar style of character progression as Square Enix’s Final Fantasy 2 ($7.99). The more you use a stat, the more it increases, basically. You’ll also gain regular levels from killing enemies and collecting experience points, with stat gains capped based on the character’s current level. 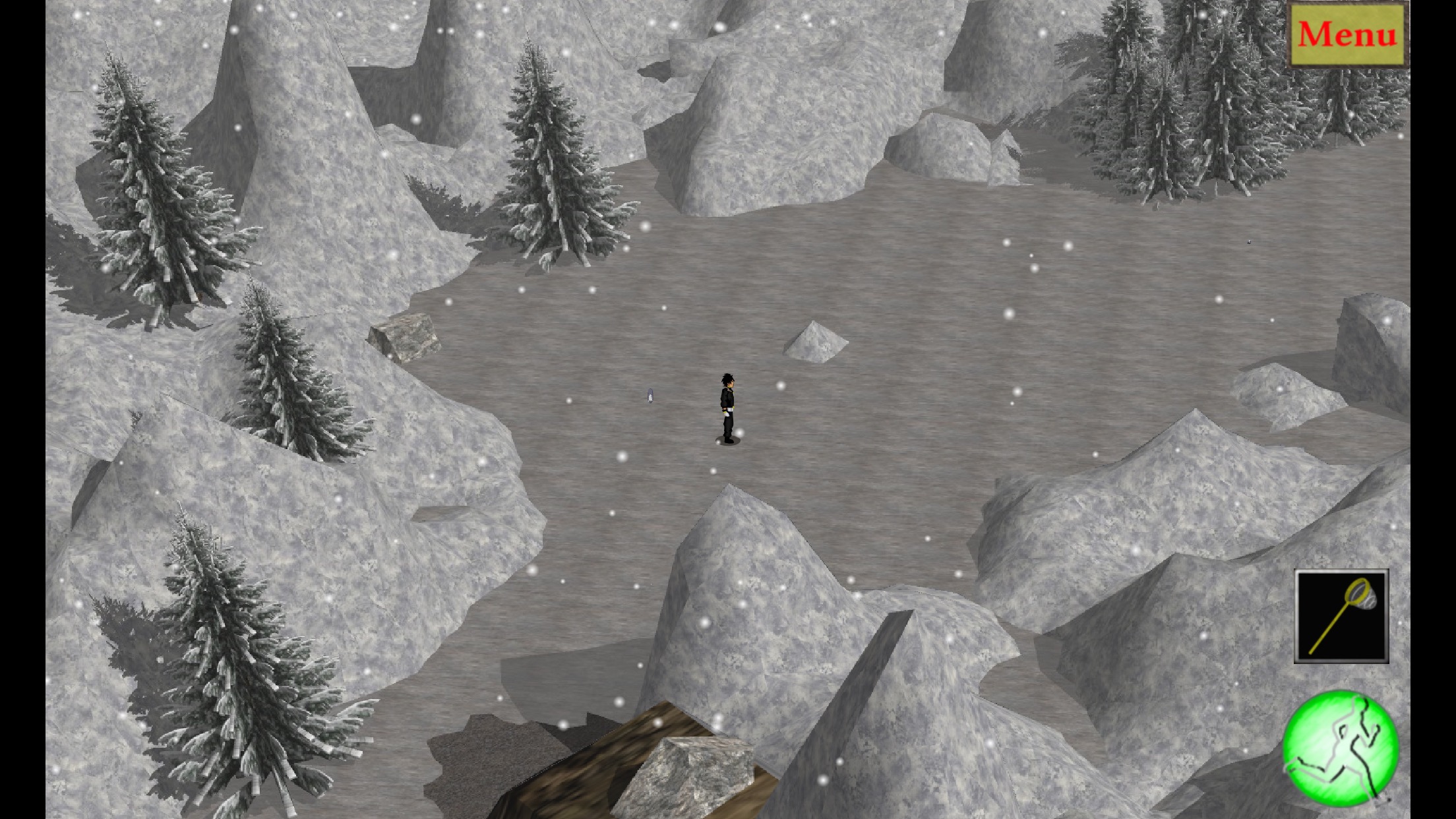 The battles use a system similar to the ATB system from the Final Fantasy series, where each character has a meter that fills up before they can take a turn. The twist here is that whenever you attack or defend, a broken ring appears on the screen along with some directional arrows. You need to push the arrows that fill in the ring in order to increase your attack or defense. It’s not very difficult to do, but it is an interesting way to keep the players fingers busy during battle. Trying to stay on top of all the rings while making sure each party member is doing something when their turn comes up can get a little hectic at times, even. The game borrows one more page from Final Fantasy in the form of its limit breaks. Every so often, you’ll be able to fire off a special move in place of your regular attack. Fortunately, these come along more quickly than they do in Final Fantasy, so you’ll be able to use them at least a few times against most bosses.

Another of the quirks of Fall Of Angels is in its puzzles. In various places you’ll come across scenes that you can observe more closely with a the tap of a button. From this screen, you can manipulate any movable objects on screen or make use of any tools you might have in order to solve the puzzle. For example, an early puzzle requires you to throw a lever, but it’s crawling with poisonous insects. In order to flip the switch, you’ll have to move a torch over to it, wait for the bugs to go away, then move the torch back so that you can tap the switch without burning your hand. That’s a relatively simple one, but they get a bit more complicated as you go. Sometimes, they’re mandatory to progress, while other times they simply offer up a treasure chest as a reward. Many of the tools you find along the way are meant to solve these puzzles, but you can also use those tools for other purposes. In this regard, it feels like the game was drawing some inspiration from The Legend Of Zelda. It’s an interesting thing to mesh in with what is otherwise a fairly by-the-numbers RPG design. 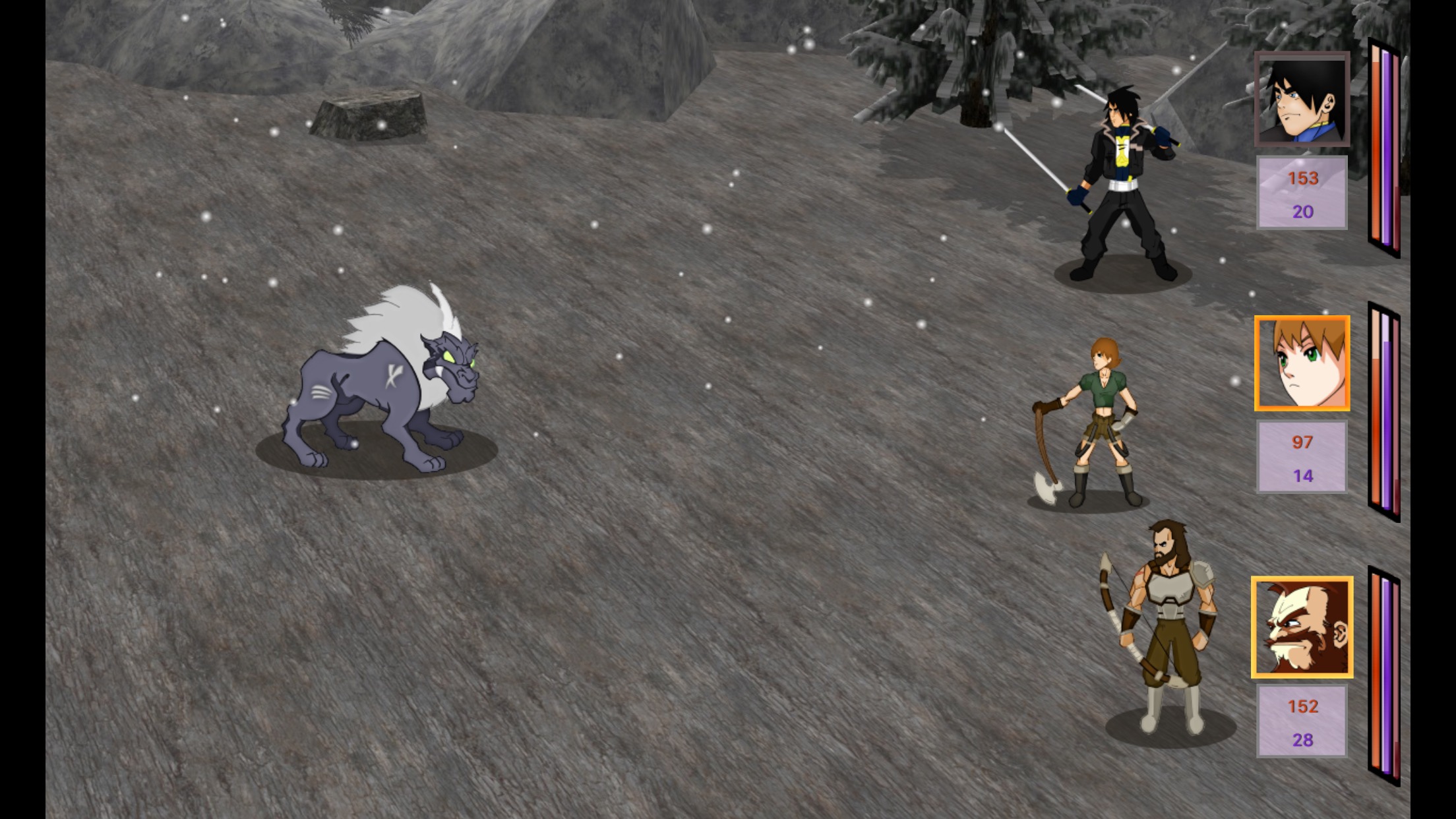 The puzzles and the story are among the game’s high points, but I think what I really like most about Fall Of Angels is how much bigger and fully-fleshed out it was than I was expecting. For the price and the size of the team, there’s quite a bit of game here, and it’s more competently executed than most indie efforts that try to deliver the full package like Fall Of Angels does. I wish we could see more RPGs from this developer, but something tells me that after five years, that’s probably not in the cards anytime soon. Still, as long as you don’t mind ending a story with some unanswered questions, it’s still worth playing Fall Of Angels HD. From a game point of view, it doesn’t feel incomplete at all. And of course, since this version was just released a handful of months ago, it works like a charm on current hardware and iOS versions.

While I love and appreciate all of the RPGs we get from big companies and more established developers, I feel like it’s the smaller productions like Fall Of Angels that give the iOS RPG scene its distinct flavor. They feel a little amateur at times, and they might not look or sound as good as you might hope, but you can practically feel the sweat and tears that goes into a game like this. And when it turns out to be a truly enjoyable adventure, as it does in Fall Of Angels, it’s even better. I just wish these works of heart didn’t seem to always end up with the developer not making much money, but I guess that’s the way things go in a crowded market. Hopefully, at least a few more people try the game as a result of this article. Maybe a thousand or so will, and we might be able to get a sequel going? 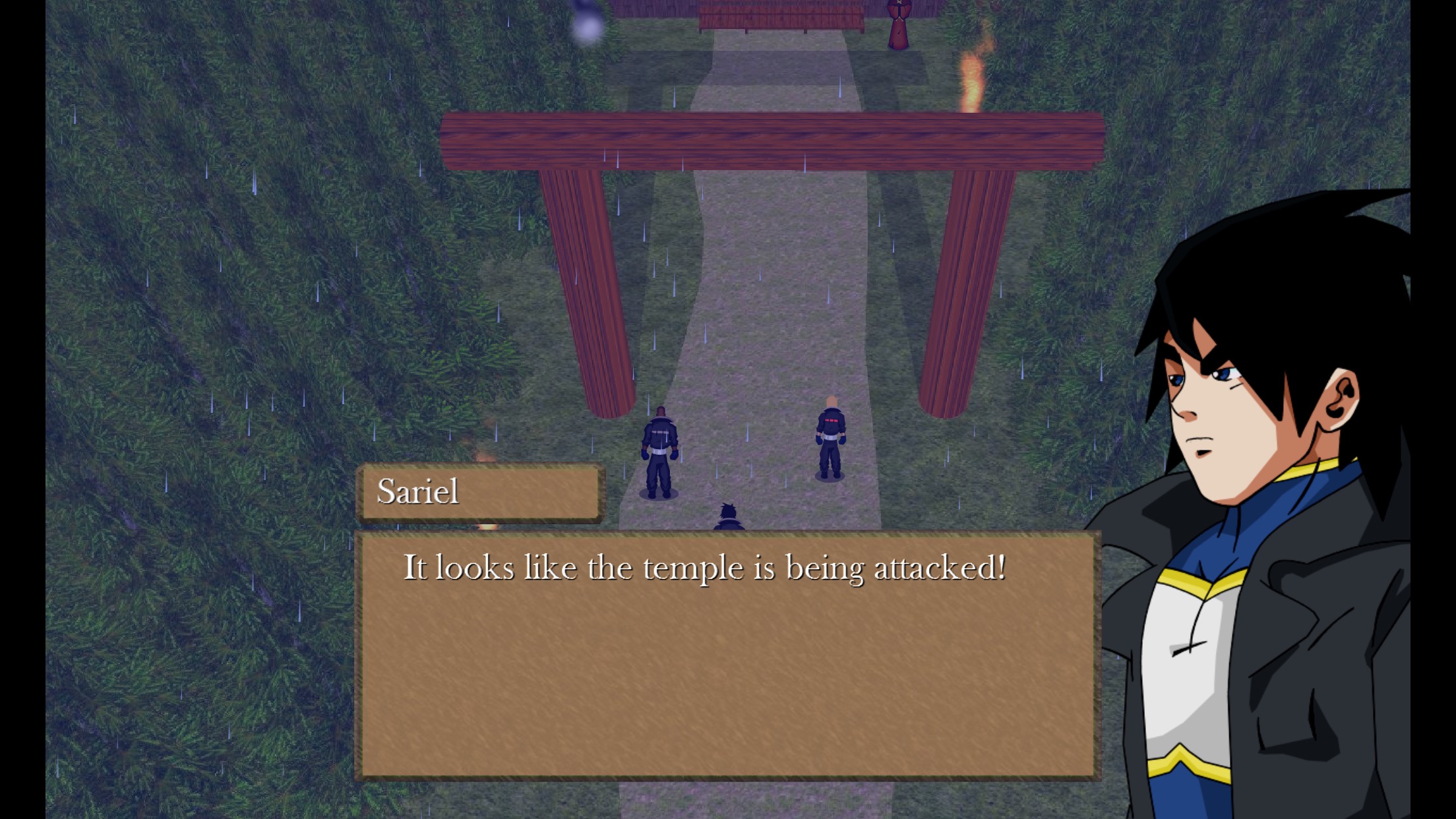 That’s just my take on Fall Of Angels HD, though. What do you all think? Have you played this one in either its original or remade form? I want to know, so please leave your thoughts down in the comments below, in the Official RPG Reload Club thread, or on Twitter by tweeting me at @RPGReload. As for me, I’ll be back next week with another RPG adventure. Thanks for reading!