Recently, I wrote about an upcoming sci-fi CCG called Star Crusade: War for the Expanse and talked about how it seems to be doing enough to distinguish itself from other mobile CCGs. Today, we got our hands on another trailer, and the game continues to look very promising. This new trailer shows off some of the game’s modes, like Ranked and Draft, as well as the six factions that you can play as. The developers claim they’ve put a lot of work in setting up an interesting lore and an interesting universe for Star Crusade, and while the various factions are very close to your typical sci-fi archetypes, they still look interesting enough to satisfy those players who enjoy a good story behind their games.

The trailer also points to some of the game’s other intriguing features like decks with variable sizes (anywhere from 25-40 cards). Smaller decks start first and develop more quickly while the larger ones have more survivability. Just this feature alone should make for interesting exercises in deckbuilding. The game already has over 400 cards – a pretty substantial pool of cards for a game that isn’t technically out yet – and some other interesting features like ‘module’ cards that add unique bonuses and skills to your commander. Add to that plans to add 2v2 cooperative battles as well as the ability to share deck ideas and even gift card packs to friends, and you can see how this game has plenty going for it so far. 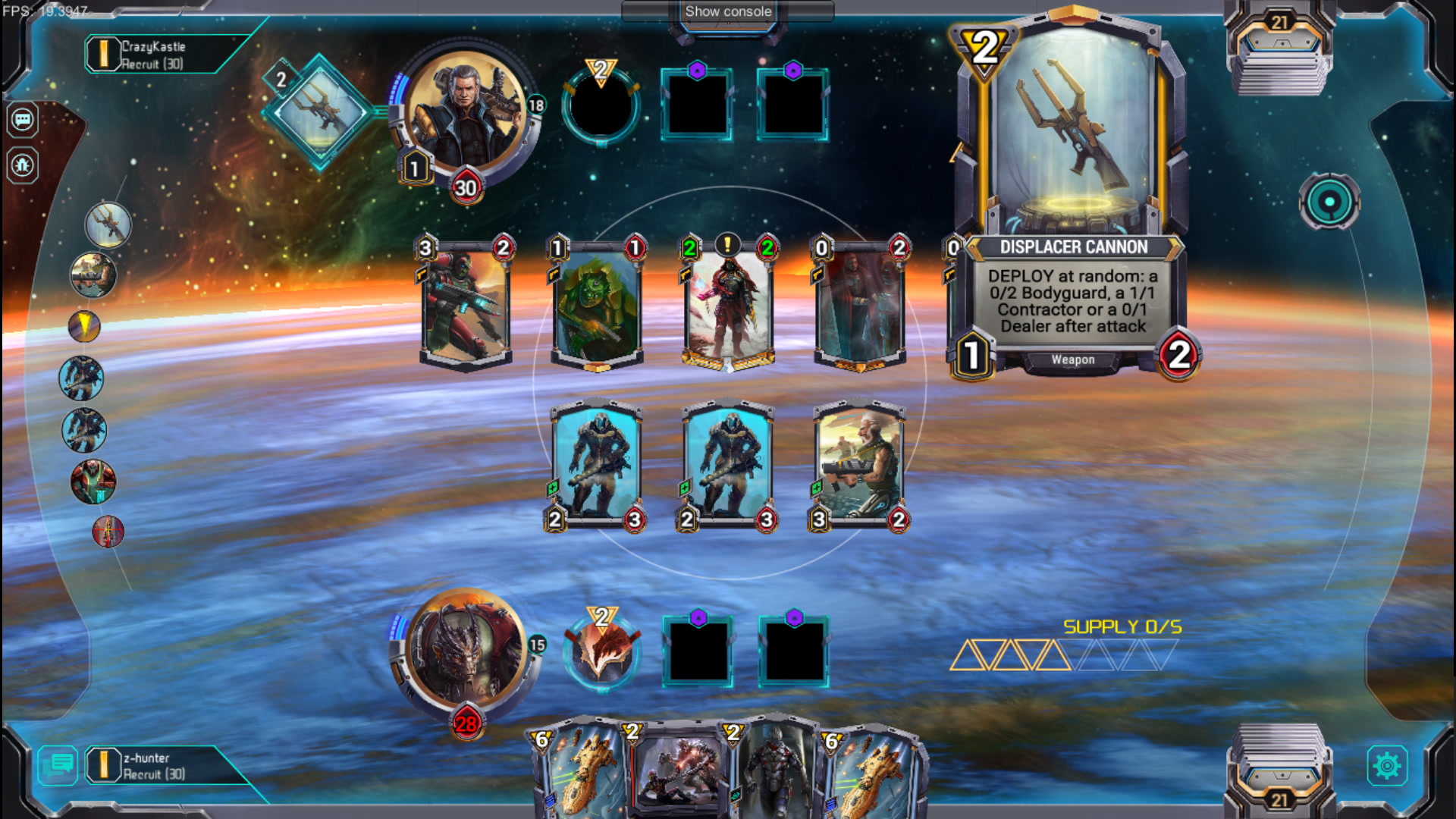 And as for those who will brand any CCG game on mobile a ‘Hearthstone clone,’ please do remember that Hearthstone wasn’t the first CCG to ever be made, so calling a sci-fi CCG with variable deck sizes and other interesting ideas a ‘Hearthstone clone’ is possibly a bit of a stretch. I love Hearthstone, but there’s plenty of design space in the CCG genre that can be explored without copying Blizzard’s juggernaut. Star Crusade will be coming to tablets at some point this Spring and after that it should land on iPhones, too.