I have to be honest here; a CCG-version of Plants Vs Zombies didn’t initially catch my attention because with Hearthstone dominating my CCG playtime, I wasn’t really sure the soft-launched Plants Vs Zombies Heroes could really offer anything beyond the fun aspect of the art. Well, after playing the game for a few hours – including one hour on our Mobcrush channel – I’m glad to say I was wrong. The game is more fun than I expected it to be, has plenty of strategic depth, and is distinct enough from Hearthstone to avoid direct competition. Add to that the fun that the theme offers – which really goes a long way towards cleansing our palate from all the fantasy art – and I think it’s fair to say that PvZ Heroes should be a winner once it comes out of soft launch. 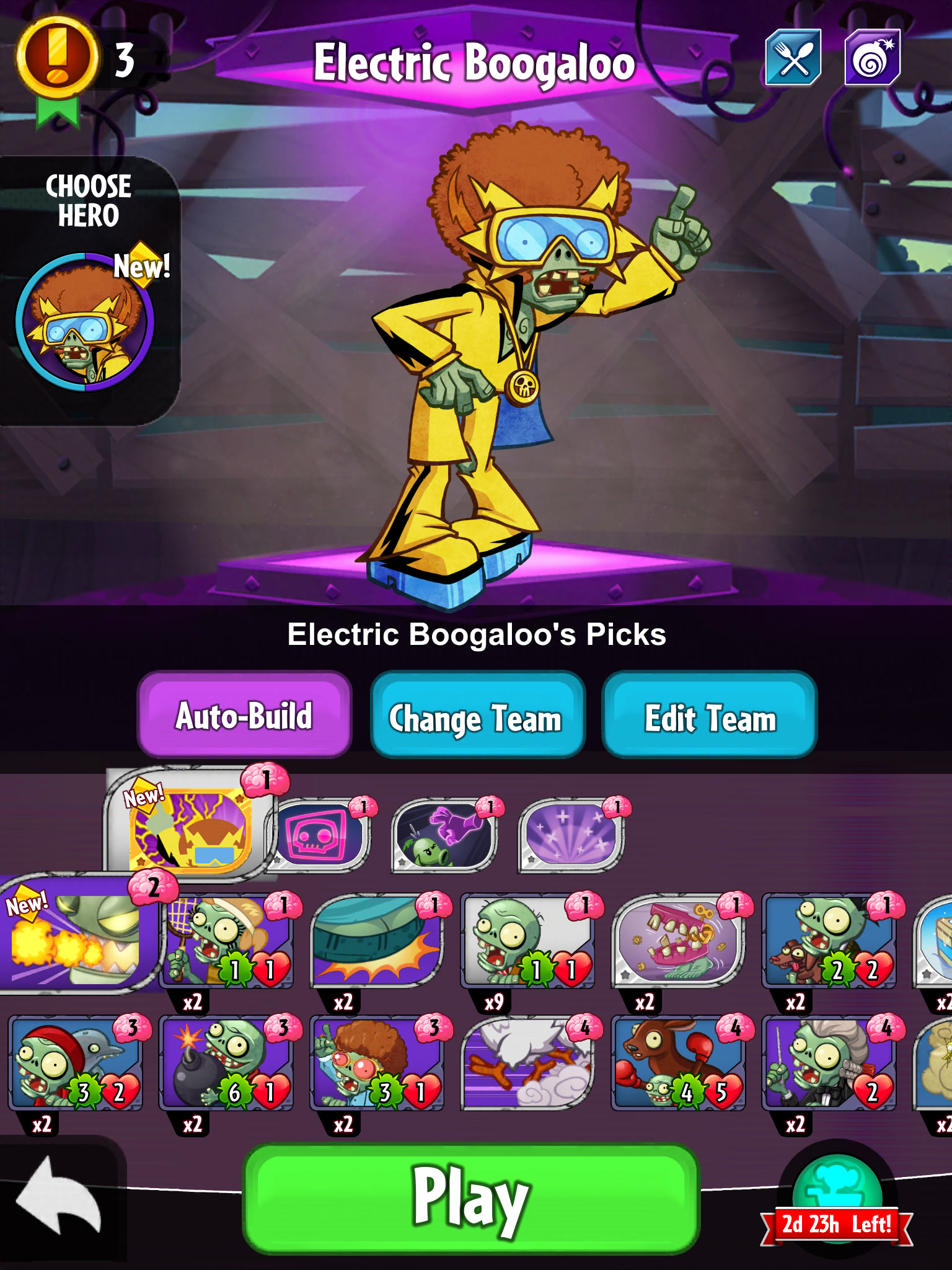 When you start playing the game, you soon realize that unlike CCGs like Hearthstone, PvZ Heroes is a lane-based card game where your minions usually fight with the ones in the opposing lanes. Just by making this change, the developers have managed to make PvZ Heroes a different experience than Hearthstone since lane-based CCGs require different strategies. The other interesting mechanic in the game is how the two outside lanes either require specific plants or zombies (for instance only amphibious ones can be placed in the far right one) or offer a bonus to a specific class of plants/zombies. As you can already see, the cute theme and visuals hide a game with plenty of strategic depth. The basic gameplay is turn-based, with the mana increasing by one each turn and each player playing one or more cards a turn. There’s also the ability to play ‘tricks’ later in the turn, making for some fun interactions.

Another interesting feature of the game is an emphasis on ‘tribal’ synergies; for instance there are Bean plants that can synergize with other Bean plants, Mushrooms that do the same, and on the Zombie side you have Zombies that get buffed when a card with the Gravestone keyword is played and so on. All these synergies (and there are many more than the ones I’ve mentioned here) offer many deckbuilding opportunities, and I can see that when players start figuring out the various cards, we’ll see some very tight and effective decks appear. Add to that the numerous Heroes on each side of the Zombie/Plant divide, which work well with specific kinds of minions, and you can see how PvZ Heroes isn’t either a cash grab nor a simplistic CGG. 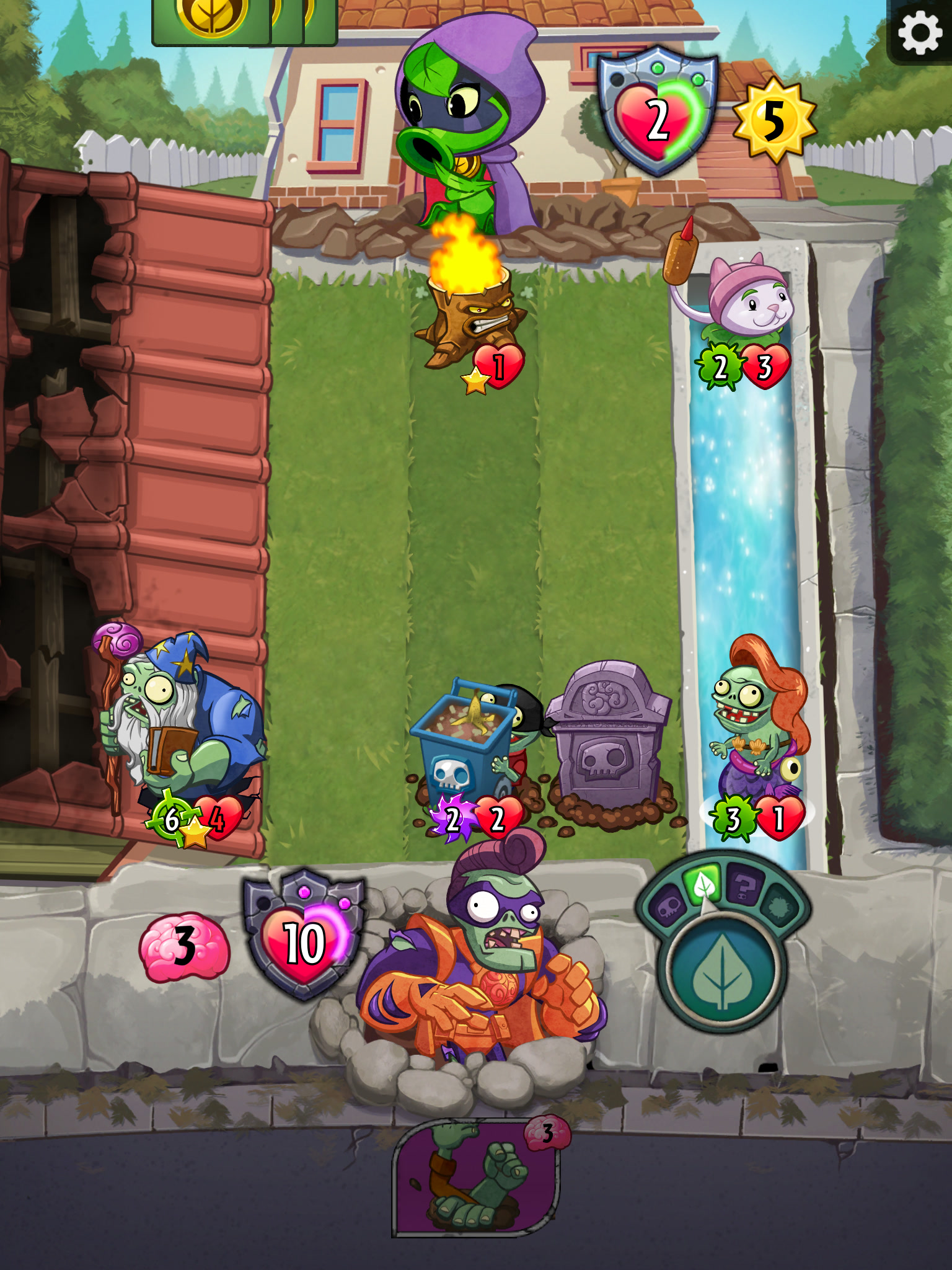 In the few hours I’ve played the game, I’ve received quite a few cards since after each battle you win, you get to pick one of two cards. It’s also not that hard to collect the 100 gems for a pack of three cards. Overall, the monetization system doesn’t seem unfair, but it’s early to say since CCGs will often let players get plenty of cards early on so as to draw them in. The game offers single-player campaigns with Plants and Zombies as well as multiplayer. According to the developers, more modes will be coming to the game (including a crafting system). There are a few issues with the UI at the moment, especially with the deckbuilding aspect, but so far I’ve quite enjoyed my time with the game. If you want to check out some gameplay, you can watch the video from my stream on Mobcrush on Sunday.

One word of warning: as far as I can see (and as far as people in the forums can see), there’s no signing in and no Game Center support at the moment. That means you probably won’t be able to transfer your collection and progress to another device. I’m guessing that will change in the future, but keep that in mind for now.

The game is in soft launch, and if you want to check it out, you can follow our guide on how to download soft launched games and then get the game from the link below. So, if you like CCGs and enjoy the Plants Vs Zombies art and shenanigans, you should probably give this game a try.