We now know when Miitomo, Nintendo’s first mobile app/game, will release in Japan: March 17th. As confirmed by an email release we’ve received, Japan will be able to download the game next Thursday. Worldwide preregistration has begun, and it’s possible that Miitomo will hit western shores before too long, but Japanese users will get their first crack at making their Miis and communicating with their friends through this app. 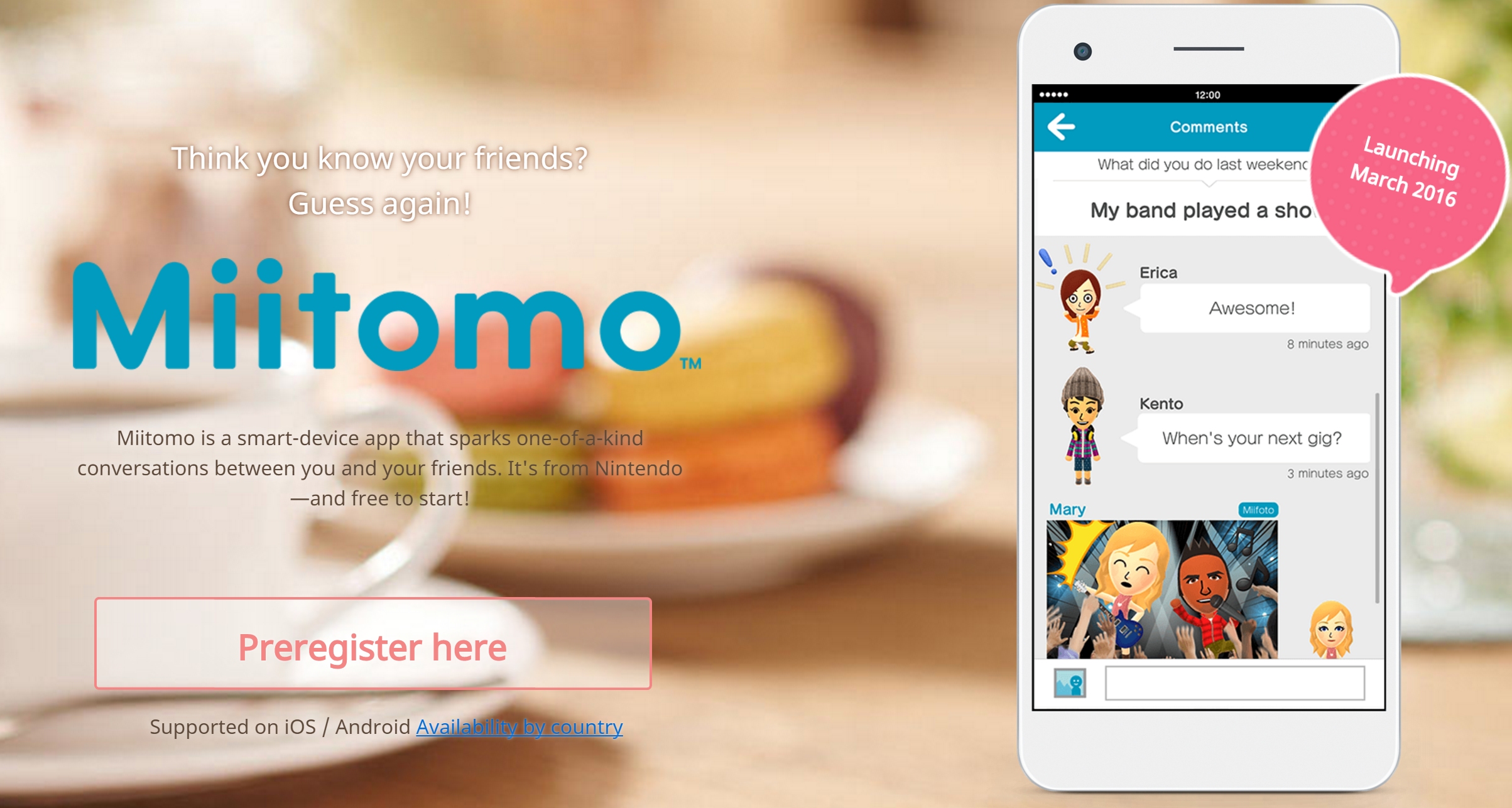 While we’re sure to see more Nintendo things in the near future, and possibly more appealing game-related apps, this does kind of represent a milestone for Nintendo, as it’s also the first big product to use their Nintendo Accounts. It should start earning you coins toward rewards, so Miitomo should be worth a download for Nintendo fans no matter if it’s a ‘game’ or not.