Earlier this week we got a very pleasand surprise in the form of Lost Socks: Naughty Brothers (Free), a new hardcore action/runner/platformer/shooter thingymabob that had been in development for 4 years and launched just ahead of the normal weekly rush. People went bananas for the game’s most recent trailer a few weeks ago, and even more bananas once they actually got their hands on the game. I can safely say myself that I haven’t been this impressed in so many different ways with a mobile game in some time. Lost Socks is a masterpiece, and a shining beacon of hardcore premium gaming in a sea of free to play casual fare. 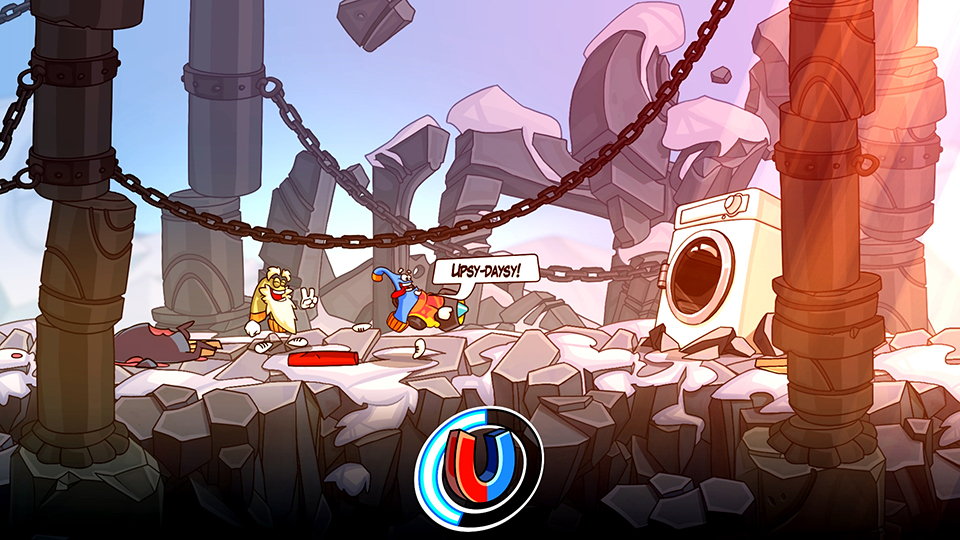 You play the game as a sock. Not the most exciting thing on paper, but damn if developer Nerf Game didn’t figure out how to stuff a ton of personality into a little tube of cotton. Your sock is limbless like Rayman, and animated in a similarly impressive fashion. There’s so much expression in everything your character does, and just about every other area of the game as well, that playing Lost Socks is like playing an interactive cartoon.

Your sock runs on his own, with virtual buttons handling the rest. There’s one for jumping that pulls triple duty by allowing you to briefly tap it for a short hop, press it more for a normal jump, and hold it down while in mid-air to glide. The three buttons on the opposite side of the screen are for shooting your main weapon, your secondary weapon, and dashing, which is a move that can also be performed mid-air.

Lost Socks really comes into its own with tasking you to react to each level’s obstacles while performing a variety of actions properly. This is a big part of the challenge and why it might be too hardcore for some people. The virtual buttons themselves hold up just fine, but training your brain to hit the ones you want to hit at the exact time you need to hit them is another story, and the learning curve here can be frustrating but worth persevering through. 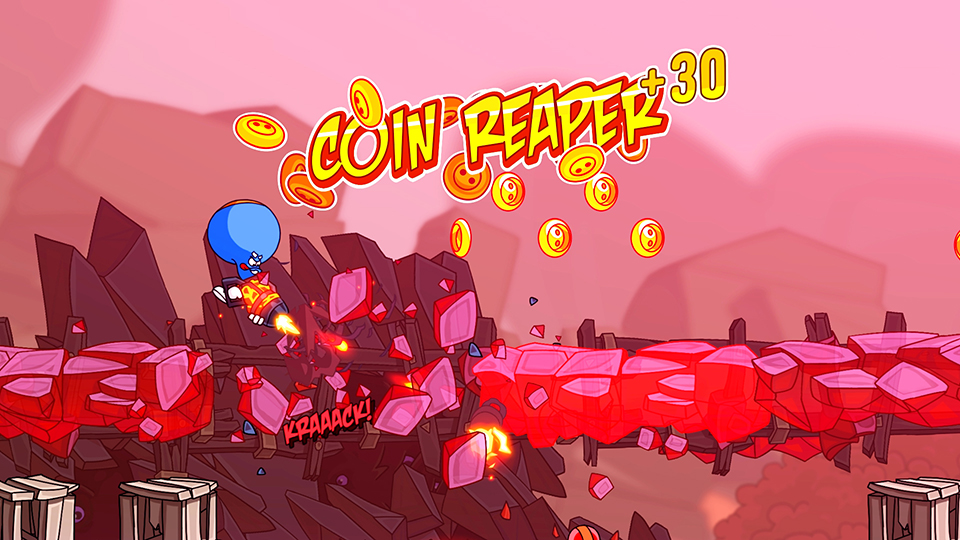 You’re going to die a lot in Lost Socks, there’s no two ways about it. This is a game that requires trying and retrying, paying attention to a level as it unfolds, and then remembering what you need to do for next time. Once your mastery of the game’s mechanics starts taking hold, Lost Socks becomes an absolute joy to play. You feel like a finger ninja during certain stages with all that’s going on, and nailing a particularly demanding sequence is seriously satisfying.

Besides simply completing the levels, there are also additional goals like collecting 3 stars during your journey and reaching a certain score. This is where I feel Lost Socks differentiates itself with other precision auto-runners, namely the Rayman Run games which I see this get compared to a lot. On the surface that’s understandable, but Rayman is designed in a very specific way in order to 100% its levels. It’s a fun challenge, but it feels very mechanical. In Lost Socks it feels much more organic as you figure out which paths will allow you to kill the most enemies or collect the most coins to up your score or find that last hidden cage with a star in it.

There’s also an extensive unlocking and upgrading system for weapons and abilities, and it’s not just a bunch of fluff that’s been tacked on. It’s in your own best interest to try and max out each level as you go in order to keep pace and unlock the more powerful stuff for the more difficult levels later in the game. It’s actually one of the most meaningful progression systems I’ve come across. Oh, it’s also worth mentioning that Lost Socks contains zero IAP so you’ll need to hone your skills in order to get to the goodies.

In many ways Lost Socks feels like an anomaly. It’s a fully pay-once game geared towards the hardcore gamer, but built with mobile and touchscreens in mind. It may not appeal to the more casual gamers out there, and even those who love hardcore games might find it hard to warm up to. However, it’s worth sticking with as there’s a point where Lost Socks just “clicks" and becomes an obsession, and with its extensive content and replayability this is one game that won’t be leaving my device anytime soon.