For as far back as last June when Apple released the private beta of iOS 9 during WWDC, Game Center has been plagued with issues. For some reason the service just simply stops working out of the blue. I didn’t personally become affected with the Game Center bug until sometime last fall, after the official release of iOS 9. Since then, various versions of rebooting, signing out of the App Store, turning on Airplane mode, or voodoo dancing have gotten Game Center to work intermittently, but even those crazy methods eventually stopped working and ever since about December Game Center has been as dead as a doornail to me.

This sucks for a lot of reasons, like missing out on leaderboard competition and achievements, but worst of all is when a game requires Game Center to run. That was enough for Man Up Time’s Bruce Morrison to attempt to gather information from affected gamers in our forums and try to reach out to whatever Apple contacts he had regarding getting the issue fixed, seeing as his new game Cinemoji (Free) absolutely depends on having Game Center working in order to play.

Another major example is Rayark’s stunning character action game Implosion – Never Lose Hope ($1.99) which released to extreme critical acclaim last year and ended up on many publications’ Best of 2015 or Game of the Year lists, including our own. It is probably the best example of an action game being created with mobile and touchscreen in mind, and it was just last week that Implosion received its biggest update yet which added a new playable character with a new storyline and missions to play through.

There was just one problem: Implosion required users to be connected to Game Center in order for the game to run. Those affected with the Game Center bug were forced to endlessly stare at the game attempting to connect upon boot up rather than running around wreaking havoc in their bad ass mech suits.

Members in the Implosion thread in our forums reached out to Rayark through social media and made them aware of the Game Center problem, and Rayark let them know they’d had some reports of this problem and were looking into providing an update to fix it. Astonishingly, just over a week later and Implosion has indeed been updated to no longer require Game Center in order to run. Instead, it still tried to connect to Game Center upon boot up, but after a few seconds it will give you a pop-up saying it’s having a hard time connecting and ask if you’d like to continue waiting for it to connect or just move on to the game.

I’m not sure what to say about Apple and the fact that they have yet to fix or even really acknowledge a widespread problem with one of the core features of iOS, and that a developer had to take it upon themselves to provide a new version of their game in order to bypass the problem so that their customers could even use the product that they’ve paid for. How can the most profitable company in the world who make the devices with the highest customer satisfaction ratings, and also charge more than competitors for devices that are well-build and “just work", let a problem like this languish for coming up on an entire year? HOW does that happen? 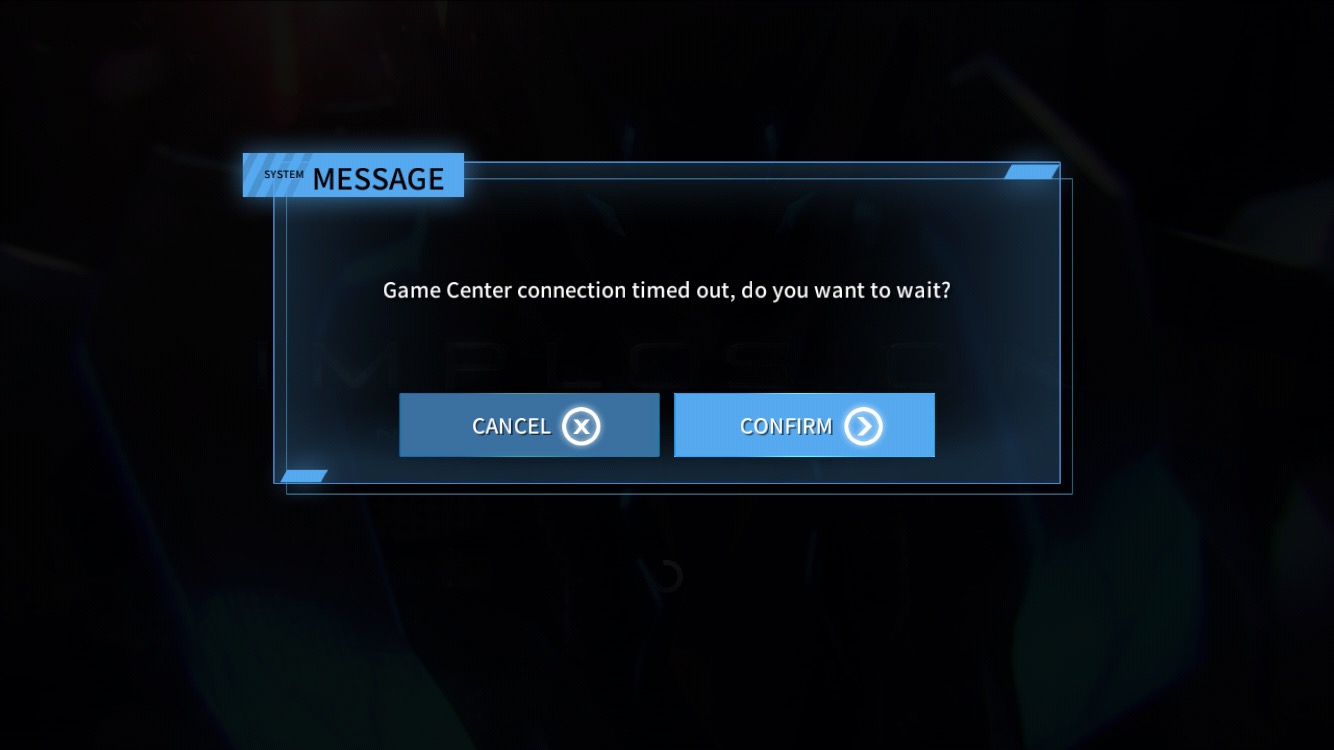 There’s been an active thread in our forums dedicated to those suffering from the Game Center bug, and as one person suggested perhaps those who are affected by the bug could reach out to Apple’s new Twitter support handle: @AppleSupport which just went live yesterday. I mean, that’s what they’re there for, right? If you’re affected by the bug and have a Twitter account, it couldn’t hurt to let them know you’re unhappy about the whole Game Center debacle.

Thankfully there are developers like Rayark who care about their customers enough to find a solution for the problem, even when that problem has absolutely nothing to do with them. I’ve been dying to dive into the new content in Implosion and I’m ecstatic that I finally can, no thanks to Apple.