Mi-Clos, developers of the fantastic Out There ($4.99), recently did a cool Mi-Clos Live stream that was basically their equivalent of a big E3 press conference, but for a French indie studio. Regardless of how big they are, they ave a ton of cool stuff in the works for both PC and mobile, including two brand new games. But first up, the next big Out There Multiverse expansion is hitting all platforms this month. Galactic Dusk mode will turn every solar system into a black hole when you leave it. Bust out your wormhole generator and have some fun with these new black holes. The new Stellar Embryo technology will let you create a clone of yourself in a derelict ship, and then when you die, your clone will take over. Symbiotic Expansion will let you add storage slots to your ship. This will be hitting all platforms, including the new Windows Phone release, later this month.

Two new mobile games are also coming from Mi-Clos. First is Out There Chronicles, a new interactive fiction game that will explore some of the universe’s lore, including the mysterious Arks from Out There. This will hit mobile (including smartwatches) later this year. Antioch: Scarlet City is an online cooperative interactive fiction game. Two detectives are working on a case, and each player controls one of the detectives. So yes, you could ruin the case if you were feeling like a jerk. That could be fun to stream on our Mobcrush channel. 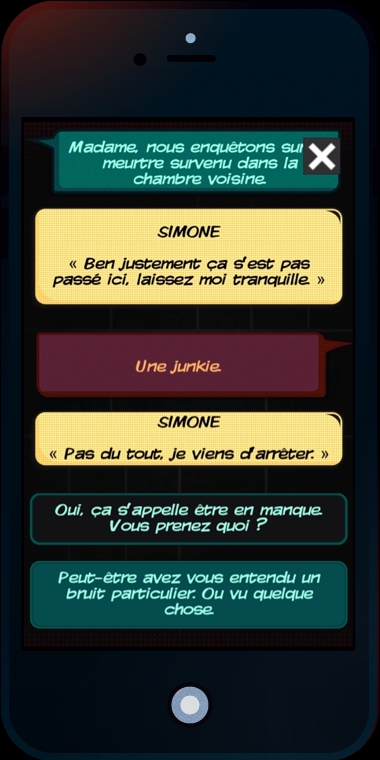 And that’s not all! Mi-Clos has confirmed that The Sigma Theory will hit mobile as well as the previously-announced desktop platforms. Expect this in 2017. No word on whether Void and Meddler will be hitting mobile, or at least with no concrete date for that yet, but there is another episode to come for that game. Still, it’s exciting to hear about all this intriguing stuff that Mi-Clos is working on, and that mobile is going to be part of their plans. If you want to rewatch the whole Mi-Clos Live show, here you go: