Several times in my life I’ve fantasized about packing up my guitar and some recording equipment and moving to a remote cabin for a month or so to write and record music. Far removed from the stress, distraction, and responsibility of normal life, I’d be free to put all my energy into crafting the next Sgt. Pepper’s or Pet Sounds. (It’s a fantasy, after all.) Unfortunately, doing such a thing is a luxury most people can’t afford for a number of reasons, which means I’ll have to settle for squeezing my recording sessions into spare hours in the garage like normal.

Apparently game developers have similar fantasies, because last year there was a game accelerator program that took place over two months in a remote cabin in Stockholm. Aspiring developers from all over the world met there and were given the time and resources to create the game of their dreams, with coaching from industry professionals. It was called Stugan (Swedish for “cabin”), and the very first complete game to come out of the experiment is _PRISM ($2.99) by Clint Siu. It’s a sleek little puzzler that tasks you with solving various abstract puzzles while manipulating shapes in 3D space. It certainly sounds interesting, but is it Pet Sounds? 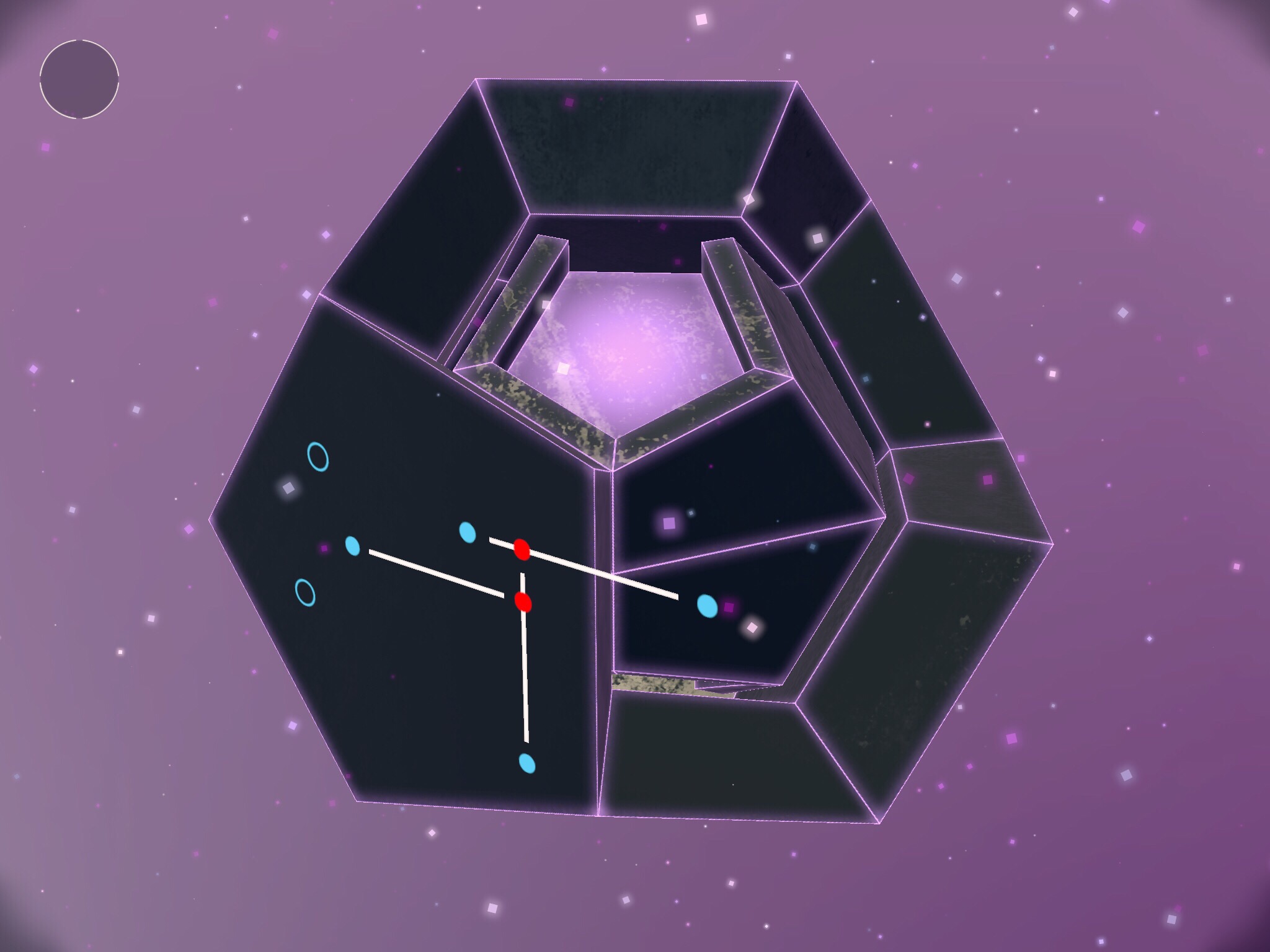 Well, probably not. But it’s definitely brilliant, unique, and very beautiful. When you fire up the game you’ll be thrust into a weird little solar system of shapes, and your goal is to poke and prod them until they reveal their luminous cores, at which point you move on to the next “planet” and do the same thing again. The whole experience feels wonderfully alien as there’s no text and very, very little instruction explaining what you’re supposed to do. For that reason, I should probably warn you that the rest of this review could potentially ruin the fun of discovering the game’s various mechanics for yourself. 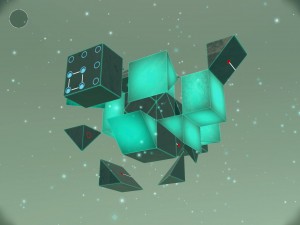 With that out of the way, here’s how most “levels” usually go: You’re given a single geometric shape suspended in space, and you’re free to spin it around and zoom in to inspect it from any angle. One side of it always contains a puzzle which you can solve by tapping, sliding, and spinning the 2D symbols and shapes until it’s solved. For example, the first handful of puzzles sees you simply lining dots up with other dots. It’s usually pretty obvious what you’re supposed to do, and most of the puzzles (especially early on) are fairly easy to complete. Once you finish the puzzles on one side of the shape, another side will flash to let you know the next puzzle has appeared there. As each one is completed, the shape itself will unfold, piece by piece, until the center is revealed to let you know it’s time to move on to the next “planet”.

The first thought I had when I saw the puzzles was “Oh, this is kinda like The Witness.” Later, when I’d played for a bit, I thought “Oh, this is kinda like The Room ($0.99).” Now, I haven’t actually played much of either of those games, so take those comparisons with a grain of salt. However, I’ve seen people say similar things in our forums so I don’t think I’m that far off. As I said earlier, the game isn’t that difficult from beginning to end, but if you like (or are intrigued by) symbol puzzles and manipulating objects without much instruction, you’ll probably have a pretty good time throughout _PRISM. 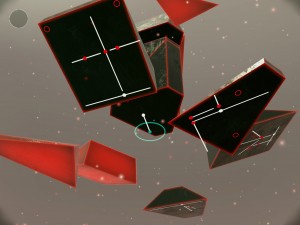 So yeah, the puzzling is fun, but not particularly revolutionary on its own. What really sets the game apart is the overall presentation. It really is gorgeous, especially if you have a newer device that can smoothly handle all of its glowing, shimmering beauty. (Unfortunately, my iPad Air had a bit of trouble at times. My iPhone 6S, however, performed like a champ.) The shapes you’ll be playing with are usually pretty simple and squared off, but they have a subtle texture that reflects the light in stunning ways. There are also little particles that gently float in and out of focus as you pan the screen around, and everything just comes together perfectly. The fact that there are virtually no words in the entire game is just icing on the cake, and that combined with the game’s otherworldly visuals really elevates it beyond the simple puzzles you’ll be solving.

Whether or not you fall in love with _PRISM ultimately depends on what you look for in videogames. Do you enjoy “experiences” that transport you to another place even if what you’re doing there isn’t particularly challenging or long-lasting? Or do you prefer your games to be tough-as-nails and stressful, putting your brain and/or fingers through a gruelling workout? Like most people, I think I fall somewhere between those extremes. _PRISM is definitely more toward the first category, but I still found it absolutely delightful from beginning to end. If this is what we can expect from the projects coming out of Stugan, I can’t wait to see what’s next.