In addition to the launch of a Lunar New Year map skin, new hero skins, and various gameplay changes, Version 1.14 in Super Evil Megacorp’s Vainglory (Free) also saw the debut of Ozo. A fast and furious melee jungler, Ozo relies on quick player reflexes in order to do the most damage to his enemies. I’ve been enjoying Ozo during his ICE-exclusive period and now that he’s available for Glory unlock, we thought we’d post an introductory guide for players looking to see if he’s worth adding to your repertoire (spoiler alert: I think he is).

Before we get into some specific tactics, let’s do a brief overview on Ozo’s abilities. His Heroic Perk is an interesting passive ability called Carnie Luck. Playing into the general theme of chance, with it Ozo receives anywhere between 10-30% additional healing, barrier or fortified health from all sources. (does not affect health regeneration). Considering that Ozo’s abilities also heal him, Carnie Luck is an excellent Perk that has the potentially to substantially increase his sustain in the middle of a battle. 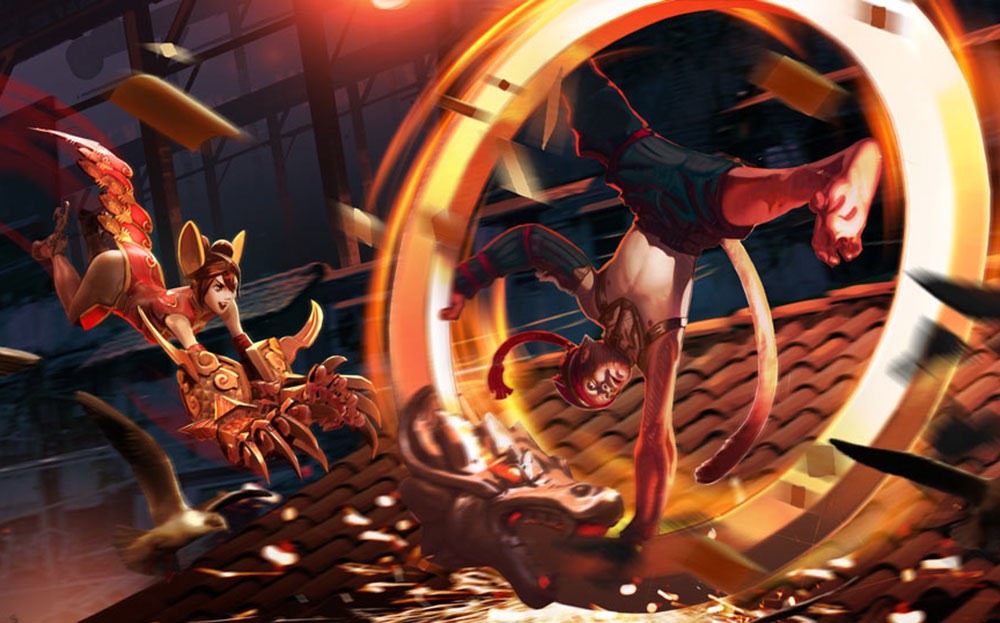 His first ability Three-Ring Circus, performs a three-hit combo on a selected target. The first hit is a forward slash, damaging the target and other enemies in front of Ozo. The second hit is a dash that has Ozo slashing through his target, dealing more damage while the third hit is a spin move that damages all nearby enemies. Each attack has a timing window of about five seconds, and the player must tap the ability button in order to launch the next phase of the attack. Finally, every time an enemy is damaged using Three-Ring Circus, Ozo heals (with hero attacks generating more healing). Three-Ring Circus is going to be your bread-and-butter in terms of taking down heroes. It has the potential to do tons of damage against a single hero while both Phase 1 and 3 can attack multiple heroes. Finally, the healing is a great way to keep up sustain in the heat of a battle. The move also powers up with Crystal and each hit gets a substantially higher boost with to Crystal.

Ozo’s second ability is Acrobounce and it’s another ability that requires some reflexes in order to effectively utilize it. Target an enemy to have Ozo hop onto the head of the target, slowing it and damaging it. Now here’s where it gets interesting: while Ozo is in the air, if you target another nearby enemy quickly, Ozo will hop to that new target and also damage and slow that target. If you manage to hit the maximum three hops, you’ll do increased damage on the final hop. Ozo also gets a speed increase if you manage to hit two hops and all damage scales with crystal. I found the bounce timing to be a bit difficult but if you remember that you just need to do very quickly while Ozo is in the air (which does require focus in the middle  of a battle), you should be able to do it). I’d recommend a practice battle and practice on minions before trying it out on a real battle. 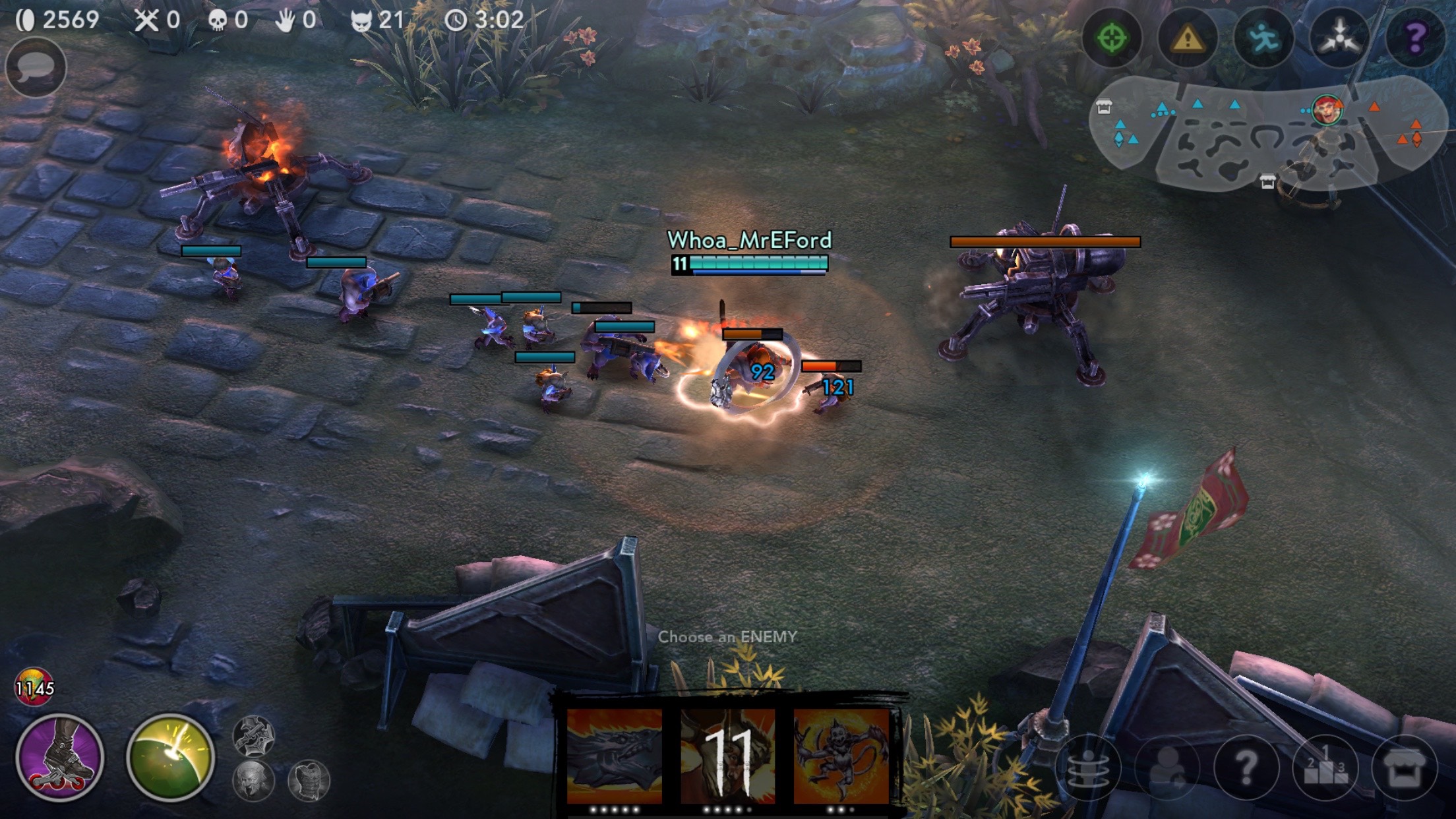 His ultimate ability, known as Bangarang, is a move that stuns and damages a single target with the potential to do secondary damage to other targets. After targeting an enemy, Ozo charges up and launches towards an enemy, if he reaches a target within 1.2 seconds, he stuns them for almost  a second and flips the target behind them. While launching towards the enemy, Ozo will knock aside and deal reduced damage to other enemies in his path. Like his other abilities, Crystal is the modifier to make Bangarang stronger. As far as usage, Bangarang is very useful as a chaser, disruptor, as even just to get a hero out of position if you can flip them right into your group.

Now that we have a clearer picture of abilities, let’s talk equipment. One of my favorite things of Ozo is that he really does have some flexibility as far as whether or not you want to go Crystal, Weapon or a hybrid of both. The default recommendation path is a weapon/defense heavy path  that has you rushing for the Serpent Mask first (which plays into Carnie Luck). Afterwards, Sorrowblade augments Ozo’s weapon damage while an Aegis and Metal Jacket takes care of any defensive issues. Finally, a Tyrant’s Monocle an Journey Boots round out speed and critical hit chances. I’ve used the recommended build a few times, and it’s definitely nice for sustain, but Ozo takes a huge hit on potential damage output, especially since there’s no Crystal in the build. 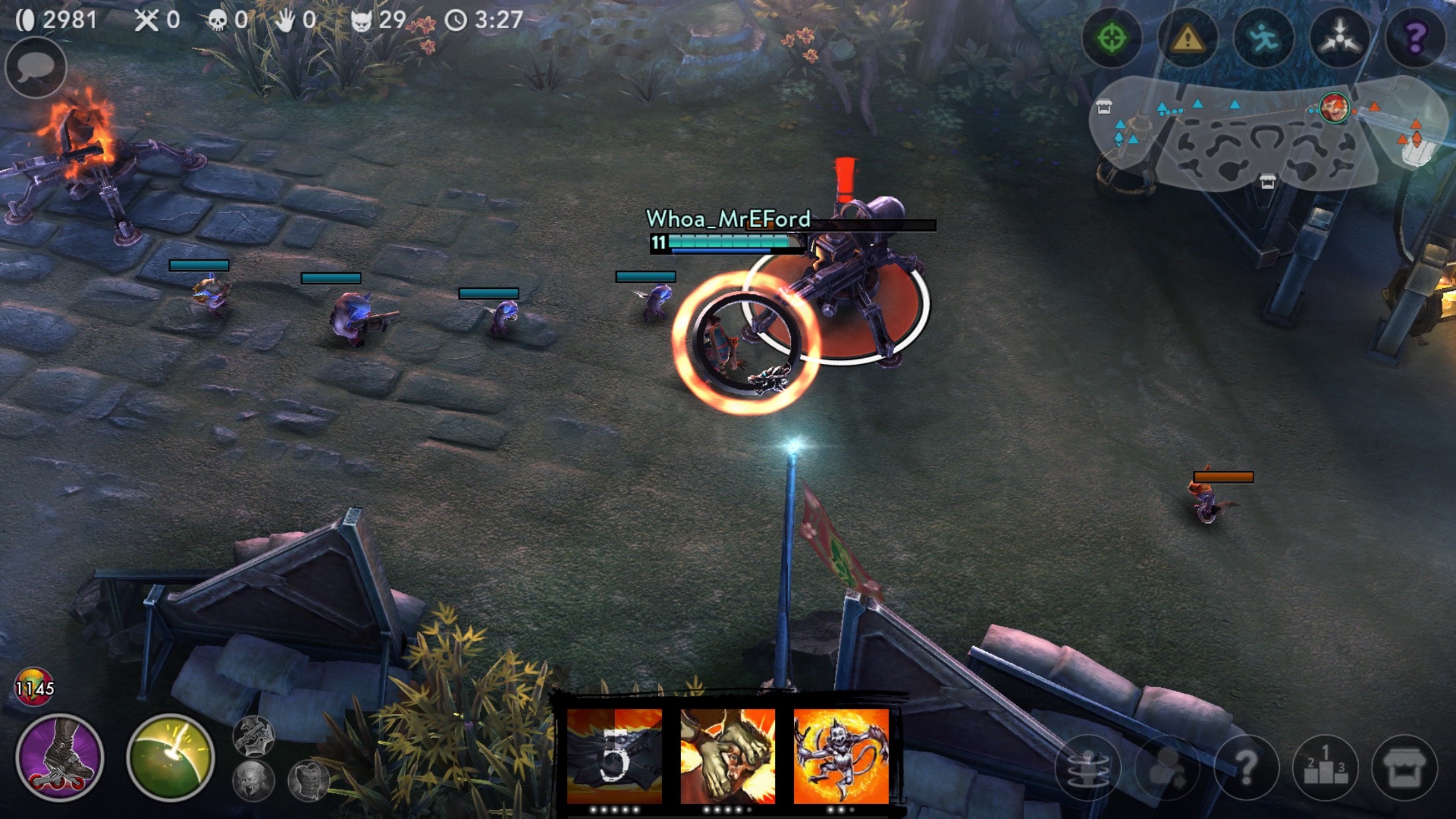 Instead, if you’re going to go Weapon, it’s may not be a bad idea to go big or go home when it comes to Ozo. I’d still recommend rushing a Serpent Mask and then working towards building a Sorrowblade. But after that pick up a Fountain of Renewal for your defense item. Journey Boots are always helpful, and pick up a Breaking Point to complement your Tyrant’s Monocle as your last item. Again, with no Crystal you won’t be getting huge bumps in your ability damage, but his basic attacks are going to be absolutely insane. If you can pop Fountain at the right time and get a decent boost from Carnie Luck, Ozo should last long enough to destroy everything.

If you want to run a Crystal build with Ozo, then Eve of Harvest is going to be one of the first items you’re going to want (again, due to Carnie Luck). Afterwards, Shatterglass and Journey Boots are going to be essential. Broken Myth will be useful due to the potential for long sustain in battles while Aftershock is a natural fit for Ozo considering how quickly he can launch a basic attack after an ability. The benefit with this Crystal build is that you can also effectively counter with an defensive item, although I’d probably just pick a Fountain (same with the Weapon build I prescribe above). 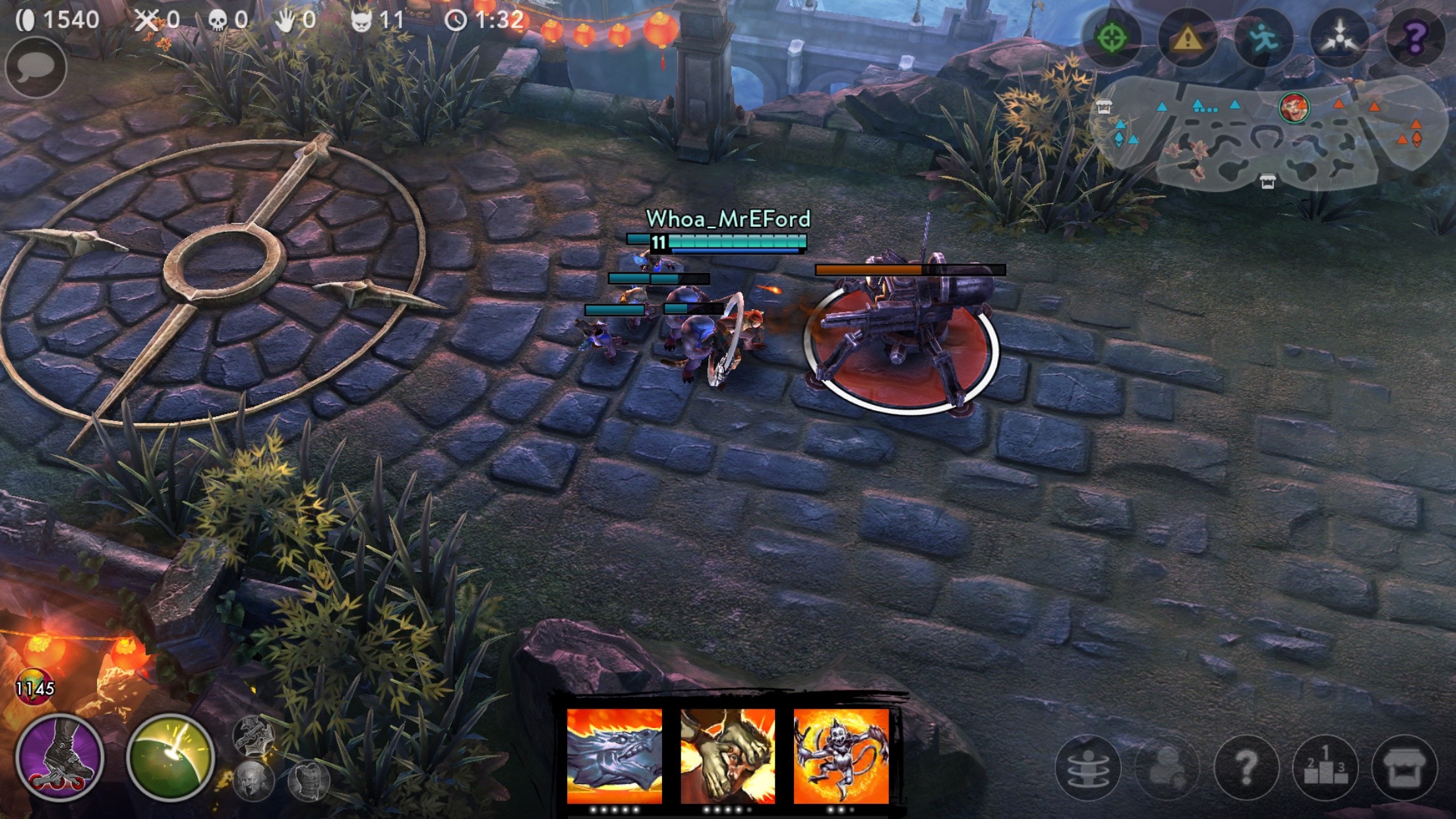 Finally, some general guidelines as to how to use Ozo. Simply put: jump into battle, do as much damage as quickly as you can with Three-Ring Circus (which will keep your life up), cause as many disruptions as you can with Acrobounce and Bangarang and don’t get caught out in the open without support. It also behooves you to use Three-Ring Circus and Acrobounce as many times as you can even if you can’t use them as efficiently as possible only because Ozo moving around quickly across the screen can make it hard for you to get targeted. Finally, as I mentioned earlier, practice Acrobounce as effective use of that ability is going to make or break a lot of battles.

Ozo is available for purchase with Glory and I think he’s well worth the investment. In fact, he’s probably my go to jungle character right now when I can’t get a lane spot. If you’re still curious about checking him out, feel free to check out our weekly Mobcrush Vainglory stream and I’ll try to pick him in a battle or two. Otherwise, still with us as always as we continue to cover future Vainglory news.