I’m not a huge RPG person, but occasionally I’ll come across one that really sinks its teeth into me and I end up enjoying and playing obsessively through to the end. I wasn’t among those who played any of the Final Fantasy games back in the day, but I have enjoyed them later in my life as most of them have been rereleased on iOS, usually in enhanced versions. I’ve especially loved the 3D remakes of Final Fantasy 3 and 4. Anyway, all this is to say that the impending release of Adventures of Mana ($13.99), a modern remake of the 1991 Game Boy title Final Fantasy Adventure, wasn’t something I was all that excited about. Well, consider the teeth of Adventures of Mana good and sunk into my skin as much to my surprise and delight I’ve been loving every bit of this one since its release. 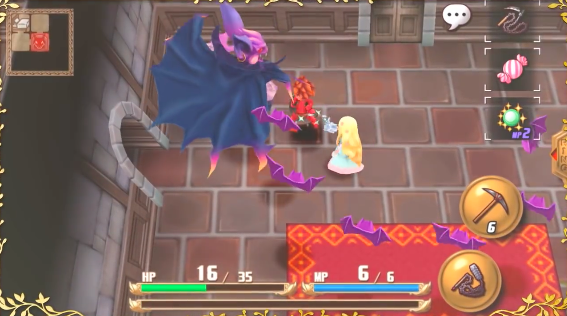 First thing to note: This is a remake of a 25-year old game, and it shows. Don’t expect any tutorials or much guidance, and chances are pretty good you’ll get your rear end handed to you in the blink of an eye and can even get into situations where you’re screwed and can’t continue on. You can (and should) save anywhere as often as you like, though, which is a much-needed addition over the Game Boy original. However, if you’re more used to modern RPGs this one might prove frustrating at times. Thankfully this FAQ of the original Game Boy game still holds true with the remake, so bookmark that sucker and use it only if you’re TRULY stuck. (Things are always more satisfying when you figure them out on your own, you know?)

With that out of the way, the updated visuals in Adventures of Mana are fantastic. If you aren’t a fan of Square Enix’s 3D graphics, well, you probably won’t enjoy them as much as I am. I’m the type that typically prefers pixel art and sprites over 3D polygons, but for whatever reason I really like the 3D in Square Enix’s games. It’s sharp, colorful, and full of character. The monsters especially have really interesting looks and personalities. The animation also seems especially smooth compared to previous 3D Final Fantasy games. 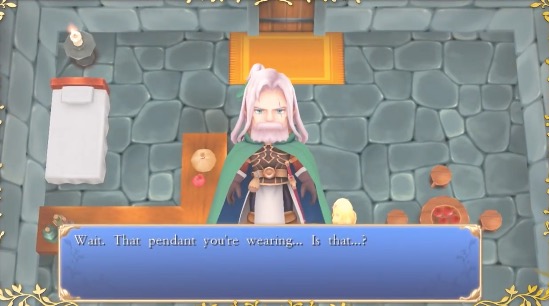 The other big thing I love in Adventures of Mana is its real-time combat. I’ve never really loved turn-based combat, and always preferred just smashing away at a button to handle bad guys without any lengthy transitions or messy menus to deal with. Despite the Final Fantasy label on the original Game Boy game, this was actually the first game in the Mana series, which most people know from the beloved classic Secret of Mana on the SNES, which is the second game in the series. Because of that it “feels" more like Secret of Mana or even early Zelda titles rather than a Final Fantasy game, though there’s plenty of recognizable stuff here from the Final Fantasy universe.

Finally, it’s worth noting that Final Fantasy Adventure has had quite a confusing time over the past couple of decades. The original Game Boy version was named Seiken Densetsu in Japan, in Europe it was called Mystic Quest, and in North America it went by Final Fantasy Adventure. In 2003, a remake was released for the Game Boy Advance called Sword of Mana. However, that version featured many changes to the core gameplay, the storyline, and the characters of the original, and overall isn’t highly regarded by fans. This game Adventures of Mana is NOT based on Sword of Mana, it is more or less a reskinned version of the original Game Boy game, and according to our resident RPG expert Shaun, that’s a good thing as this is a much more streamlined experience.

As long as you know what you’re in for, Adventures of Mana is a truly wonderful remake of a classic RPG. You’ll get lost often, you’ll die a lot, you’ll run out of items you need. This game is unforgiving, but so were most games back then and part of the fun is figuring out what to do, whether that’s by trial and error or by consulting a guide or asking a friend. I’m very excited this game has come to iOS as otherwise I probably never would have played it, and in another solid week of releases I have no hesitation giving Adventures of Mana our nod for Game of the Week.