Although I bet no one cares much about Hearthstone‘s (Free) Tavern Brawl today after the pretty earthshaking news from yesterday, the Hearthstone world still turns and Brawls are still a thing. This week’s Brawl, Blingtron’s Beauteous Brawl, is a new one and it’s all about weapons and more weapons. The match starts with both players having 10 Armor (to help with all the damage from the weapons), and at the start you each have a 2/2 Foam Sword weapon equipped and your Hero Power is Cash In: Destroy your weapon, gaining a random one. So, as you can imagine, this Brawl is all about weapons, and the randomness of the whole thing means you’ll have no idea what weapon will pop up next. 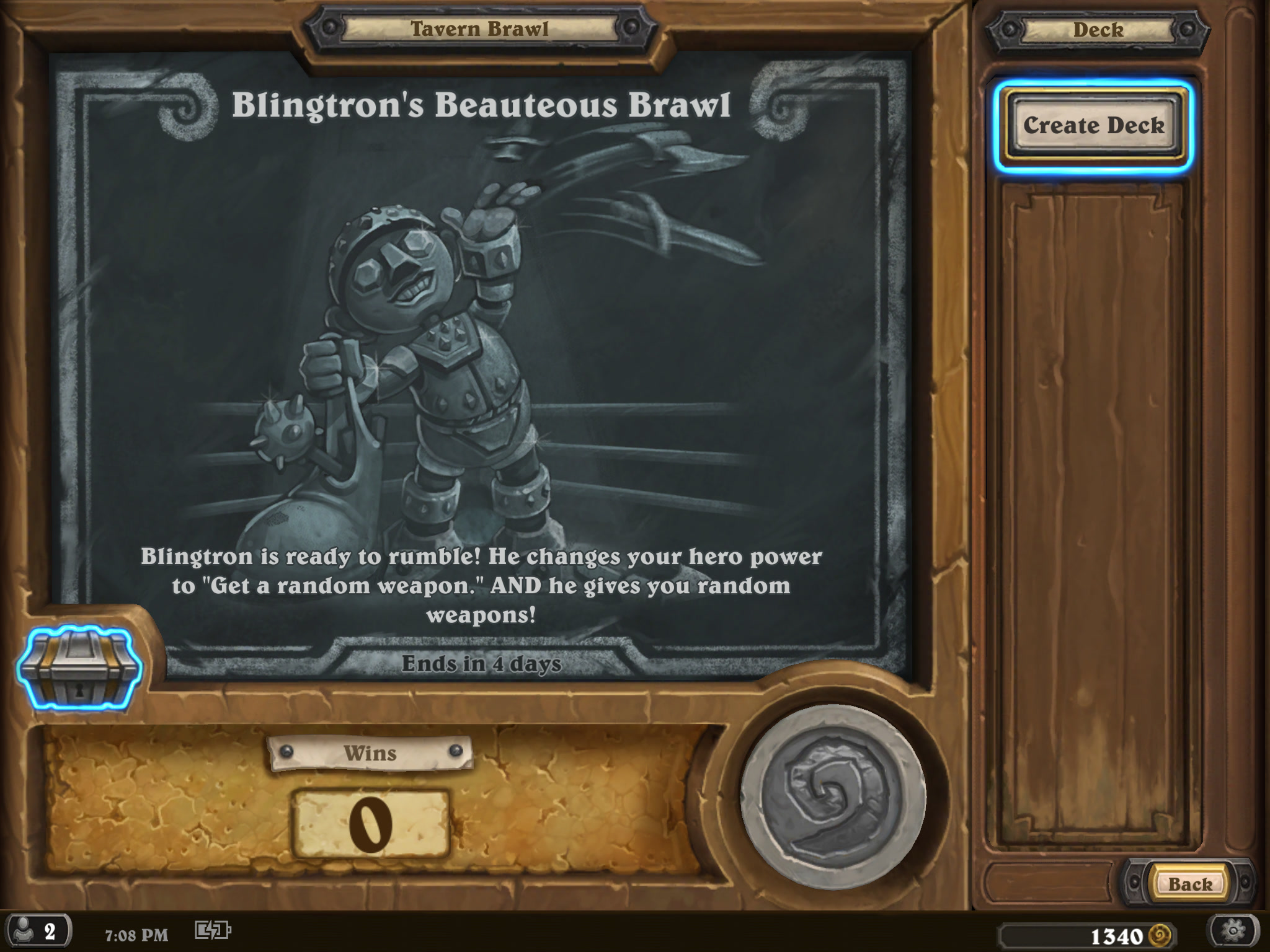 Since you should expect to have your opponent attacking you with a weapon pretty much every turn, it’s a good idea to bring along some heavy duty Taunt minions to protect your hero as well as Acidic Swamp Ooze to give yourself some breathing space. Just remember not to build a deck based on a class’ Hero Power because that goes bye bye the moment you start the game. Go here to see a list of all the weapons if you want to know what you’ll be up against.