Last November Marvel and TinyCo announced a collaboration to create a new kind of superhero game, one where you created and ran a superhero academy where you would train some of the most beloved Marvel superheroes during their more adolescent years. We even got a humorous look at some young Marvel heroes on school ID picture day. Well today is the day that that game, Marvel Avengers Academy (Free), is finally available. 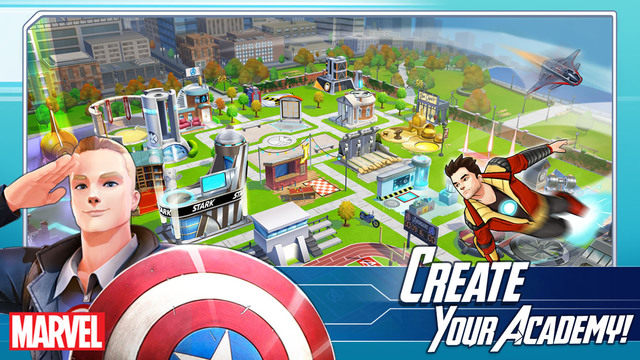 Marvel Avengers Academy literally just became available moments ago, so I’ve really only fired it up to watch the intro cutscene and am just getting started with everything. That said, it seems pretty cool so far if you’re into free to play city builders. The CGI cutscenes are well done, and the game itself has a really cool cel-shaded sorta look, perfect for comic book characters. There’s also a thread in our forums for discussing the game that’s just getting going with impressions, but if you’ve been interested in Marvel Avengers Academy you might as well just download it for free and give it a whirl yourself.