Deckbond Heroes is a CCG that lets you see what cards your opponent is playing, seeing what abilities they might have to play against you, and the cooldowns of the ones they can’t play right now, allowing for a different form of strategization. You’re fighting for outposts that allow you to do direct damage to the opponent, though these wear down as you attack them, and can be rendered unusable, or potentially revived with the right cards and abilities. You’re playing best 2 out of 3 rounds to knock your opponent down to 0 health, but outpost status remains between rounds. Maybe you lose a round, but you might have a good position for the match. 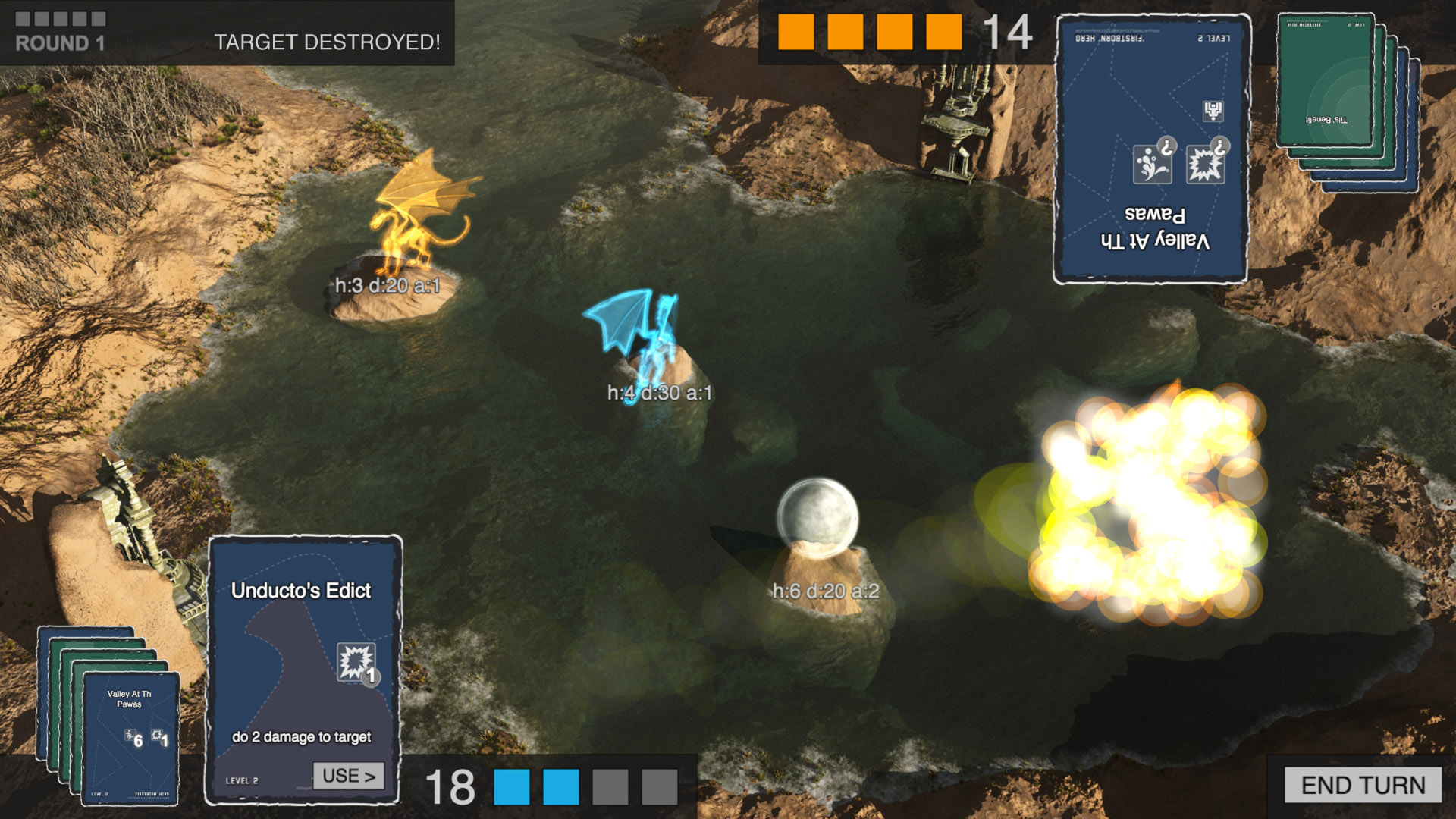 Deckbound Heroes will launch as a browser-based game, and it will support mobile browsers, though a mobile client is potentially possible at some point. What’s interesting is that Deckbound is planning a suite of games all based around the same set of cards, so a card you buy for Deckbound Heroes can be used in the dungeon crawler Deckbound Quest, for example. It’s a curious little CCG, and might just be different enough to stand out among others in a crowded genre.