To be frank, I always expected the semi-frequent requests I’d heard for a Harvest Moon iOS game to turn out to be a monkey’s paw wish. I figured we would see the series on iOS sooner or later, especially after the Harvest Moon name was disassociated from the actual series, but I was expecting it to be a free-to-play game laden with IAPs. Harvest Moon: Seeds Of Memories ($9.99) is likely not what fans of the series would ideally want, but it is a fully premium title without a stitch of IAP to be found in it, and it retains enough of the appeal of the series that it will likely satisfy would-be farmers, if not excite them. 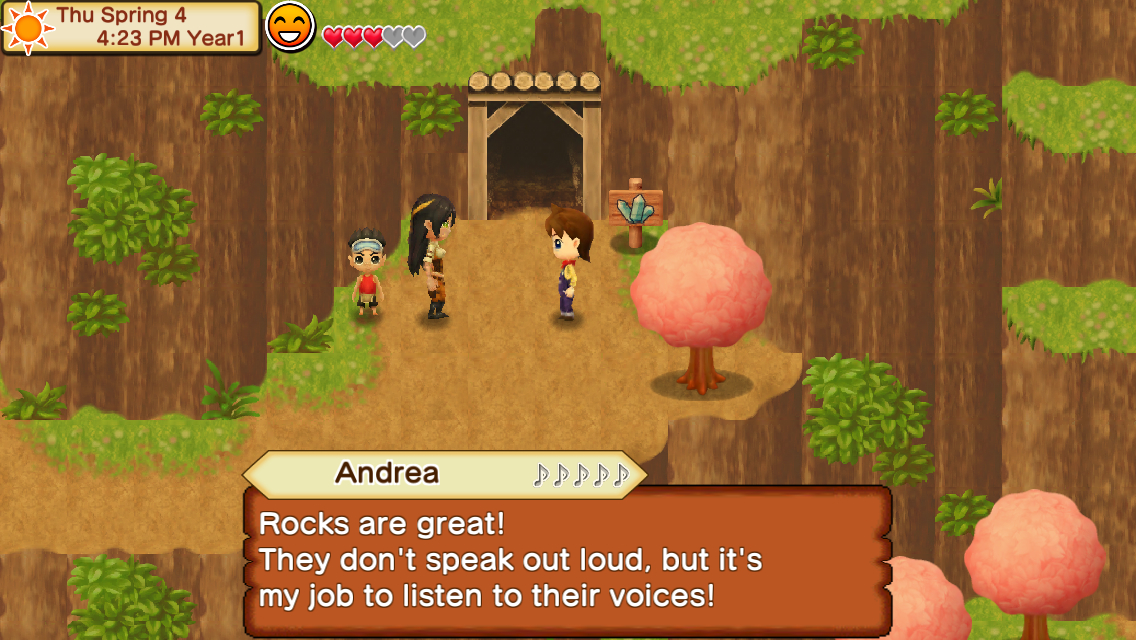 First, let’s talk about the complicated back story that explains some of the divergences in Seeds Of Memories when compared to earlier Harvest Moon games. Up until recently, the games published by Natsume carrying the title of Harvest Moon in Western territories were localizations of a Japanese series called Bokujou Monogatari (Farm Story). The series had passed through the hands of a number of different Japanese publishers over the years, and was bought several years back by Marvelous Entertainment. A couple of years ago, they decided they wanted to part ways with Natsume and publish the games in English themselves through their American branch, XSEED. This is where it gets weird. Natsume owns the rights to the name Harvest Moon, and their fairly popular localizations of the series have been the bread and butter for a company with little else in their portfolio. Natsume decided to make their own Harvest Moon games, which are no longer English versions of Bokujou Monogatari but “original" creations. For their part, Marvelous and XSEED continue to release Bokujou Monogatari games under the name Story Of Seasons.

Harvest Moon: Seeds Of Memories carries the name and an awful lot of familiar elements from the games people know and love, but represents only Natsume’s second swing at developing their own games in this style. The first was 2014’s largely maligned Harvest Moon: The Lost Valley for the Nintendo 3DS. That game got a lot of criticism for straying a little too far from the traditional elements players had come to expect from the series, and suffered from an overall unpolished feel. 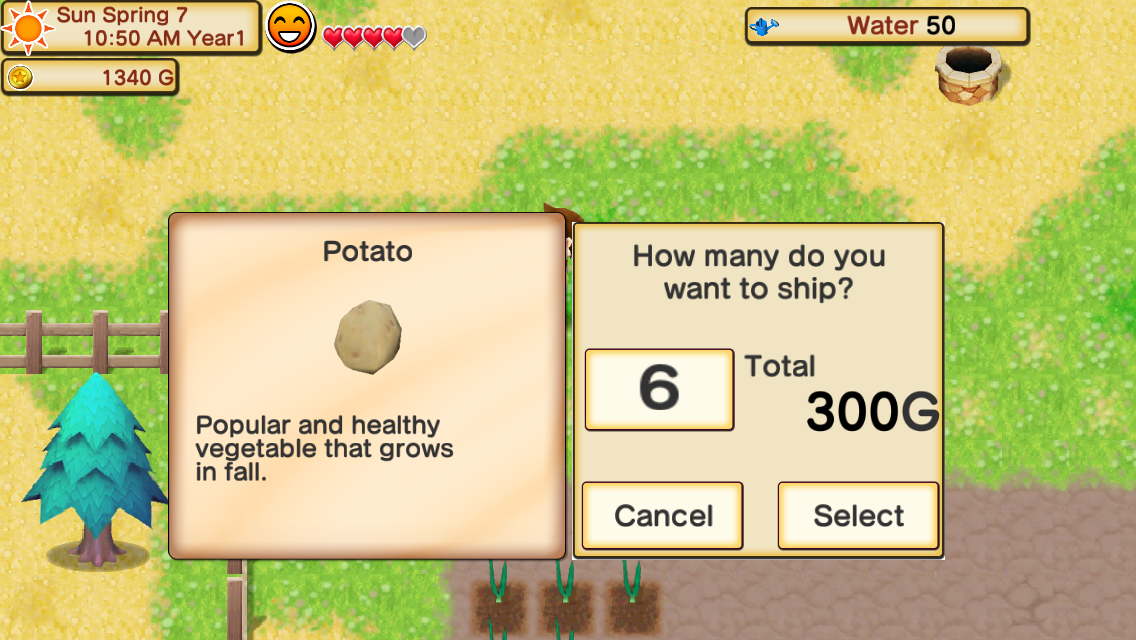 Seeds Of Memories opts for a safer approach, with traditional Harvest Moon elements like a town, wooing potential partners with presents, and allowing you to set your own pace of progression. There’s an overall goal, which is to restore the memories of the various inhabitants of the town in order to restore balance to nature or something, but you’re free to pursue that when and how you like. The primary business is, in Harvest Moon tradition, reviving and successfully operating an abandoned farm. Make money by selling what you grow and collect during each day, roll that cash into improving your facilities or upgrading your tools, and try not to work yourself to exhaustion before crawling back to your bed at night.

As you play, special events will happen on certain days, the weather will change, and the seasons will pass. Some seasons are better for certain crops than others, and there are times where you’re better off foraging on the nearby mountain, fishing in a river or lake, or mining for ore than farming. Most of the things you find can be used in some way or another, such as serving as part of an upgrade or recipe, but some of the things you find should be sold or given away as presents. By giving gifts to the residents of the nearby town, you’ll unlock their memories and improve your relationships with them. If you do this well enough, you’ll eventually be able to get married and have kids. Of course, to do that, you’ll need to have a big enough house, which requires you to have a lot of money and the right materials. Gathering all of that can take a lot of time, especially since there’s only so much you can do in a day before you have to rest, eat, or go to bed. 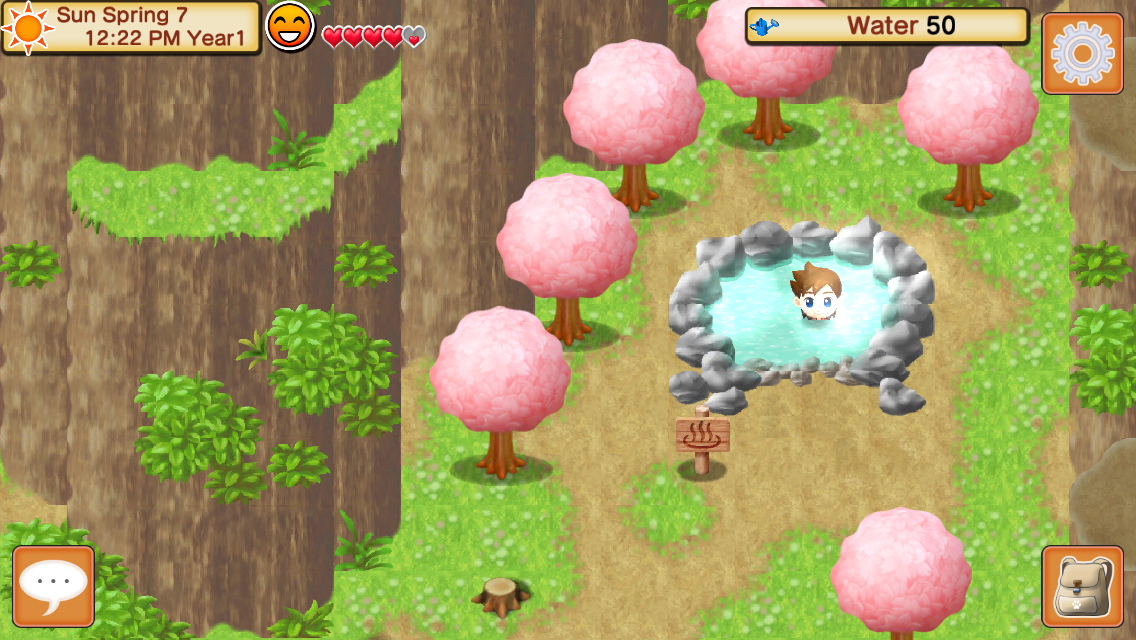 Don’t worry, though. When I talk about things like resting and stamina meters, I don’t mean it in the way that mobile gamers have come to expect. Stamina has always been a part of Harvest Moon, and though I can’t help but wonder if it wasn’t indirectly to blame for the modern form of it, it never stops you from playing here. You can always go to bed to recover your stamina, and there’s always another day. You have to be careful with how you plan your activities on any given day, however. The townspeople keep their own schedules and shops have certain days off, so you’ll need to keep that in mind before you go wandering off on an adventure or spend the entire day digging up your fields. The one exception is the mining mini-game. While you’re in there, time doesn’t pass, but every digging attempt will use some of your stamina. If you pack enough food, you can stay in there for a while, and it’s one of the best ways to make money early on, at least until you can afford some animals for your farm. Plus, if you can make it to the bottom, you’ll be rewarded with an extra heart for your stamina gauge.

While there are several things to do, Harvest Moon veterans will probably exhaust Seeds Of Memories in much less time than previous games. You can probably complete the main objective in around ten hours, though I suspect a newcomer will get a lot more time out of the game as they learn the ropes of running a farm. That’s not bad, but you should know coming in that you won’t be getting quite as much content or depth as in earlier games, even those as far back as the Game Boy installments. It’s good enough, and it’s better than The Lost Valley, but it’s still not quite on the same level as the real Harvest Moon games yet. 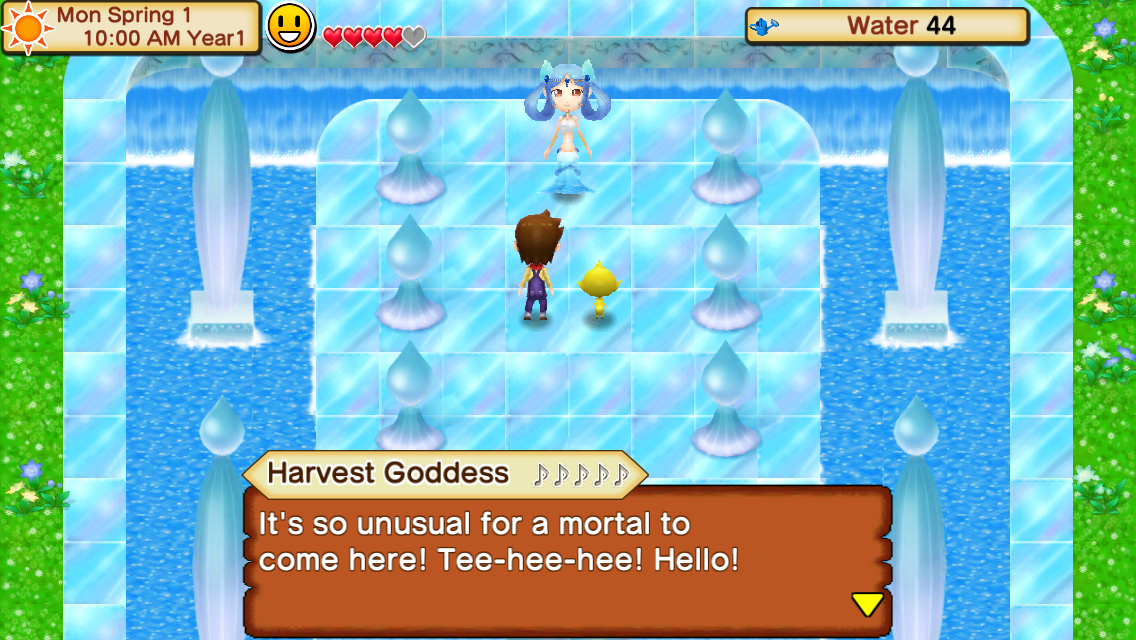 One way it does improve on the earlier games is in its farming interface. It’s really easy to do everything you need to do in this game. Instead of having to swap around tools for every task, your character has two modes that can be switched between at the press of a button. In the regular mode, tapping a location will move your character towards it, examine or use an object, or talk to someone. In farming mode, tapping performs a variety of actions according to what needs to be done. If you tap on untilled land, your character will till it with a hoe. If you tap on tilled land, it will bring up your seeds menu, allowing you to select the seeds you want to plant. Tapping on anything you’ve already planted will water it, and if it’s ready to be harvested, you can collect it. Tapping on rocks will break them with your hammer, while tapping on trees or stumps will cut them down with your axe. There’s no need to manually swap between tools. It’s a nice time-saver.

Seed Of Memories feels like a cheaper game, for lack of a better description, than the original Harvest Moon games. Art styles are subjective, but I think the visual style Natsume is using here looks much worse than the old series. It looks like a knock-off, and not a particularly good one, either. There are no portraits for any of the townspeople, so it’s hard to get a feel for their personalities beyond their dialogue boxes. The text is well-written enough, I suppose, but it leans heavily on verbal shticks to separate townspeople from one another. One girl stutters every word because she’s shy, you see, and this guy over here talks like he comes from Texas because he’s larger than life. That kind of shorthand can be useful but in a game that is ostensibly about building relationships, I wish they were more interesting. The game is also pretty buggy, adding to its loose feel. I didn’t run into anything game-breaking, but I wouldn’t be surprised at all if some people did. The game just has that air about it.

Now, that all being said, Harvest Moon: Seeds Of Memories will scratch the Harvest Moon itch for those looking for that on their iOS devices. It’s a more competent Harvest Moon than Natsume’s last attempt, and I’d handily recommend it over the free-to-play farming games that were assuredly inspired by the original Harvest Moon games. It’s also quite reasonably priced for a new Harvest Moon game. It’s just a shame that players who see that familiar brand name and buy in based on it are going to find something more limited and rough around the edges than the fifteen-to-twenty year-old games that made that name familiar to begin with.