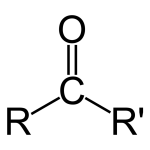 Aside from being crazy about mobile gaming, in my life, I’ve been on more than a few insane fitness kicks. If you listen to our podcast, particularly older episodes when fellow fitness enthusiast Brad Nicholson was still around, you’ve probably heard about more than a few of them as we both strived to be just as ripped as… Whoever the heel of the WWE is at the time. My longest, most consistent, and easily the weirdest kick was the keto diet which is basically a more extreme version of what people know as Atkins. It involves eating fewer than 25 grams of carbohydrates in a day with the goal being kicking your body into a state known as ketosis where you’re forcing your liver to metabolize fat as your primary energy source. This has a few interesting positive side effects: Since your primary nutrients are fat and protein, you’re rarely hungry. Also, since your body is operating on ketones instead of glucose, you never have any kind of sugar low (or high) which means you can exercise for way longer with far better and more consistent energy levels.

This isn’t without sacrifice though, as maintaining a diet where you’re eating fewer than 25g of carbohydrates is incredibly difficult, and until you’ve done it, you don’t realize how difficult it can be. If you don’t normally pay attention to what’s in what you eat, 25g of carbohydrates is basically what’s in a single slice of normal bread. Carbohydrates naturally appear in just about everything as well, and doing well on the keto diet involves learning where “hidden" carbohydrates are is really where the rubber meets the road in figuring all this out as due to food labeling laws in the US, something can have 0.9g of carbohydrates per serving and still be labeled as “0g carbs." A serving of coffee, for instance, has 0.8g, if you add some half and half, that’s another 0.9g, but who drinks just one cup of coffee? Before you know it, you blew through 1/6th of your daily allotment of carbohydrates and it’s not even 8:00 AM yet. That’s not even that extreme of an example, either, as wild as that is to believe. 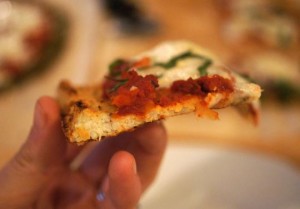 This led to what affectionately became known as “science experiments" around my house. Pizza crust is obviously totally off limits, but what if you par-cook a head of cauliflower, grind it up in a food processor, use a egg and some cheese as a binder then roll it out into a flat pizza crust-like shape? When you’re done, you’re left with something that kinda sorta looks like a pizza, but that’s where the similarities stop. A favorite of mine was to make chicken fingers but with bread crumbs off limits, you’d once again yank out the food processor and turn a bag of pork rinds into a fine dust. Again, it looked sort of like it should, but anyone with a functional palette is going to pick up the fact that something is real weird about these chicken fingers. Baking gets even crazier, often depending on almond flour (literally ground up almonds), ground flax seeds, or coconut shell powder. The “best" (in massive, comically exaggerated air quotes) keto-friendly dessert I ever made was a cheesecake which basically combined the unholy union of those fake-flours, plain cream cheese, and enough artificial sweeteners to be illegal in most civilized nations. Unsurprisingly, once again, on the plate it at least looked OK, but once you had it in your mouth, you quickly realized the error of your ways.

When I saw how well the keto diet was working for me, I was pretty blind to how terrible all this stuff was. 15% body fat was always a hard stopping point for me when it came to working out, as my body just seemed to refused to cut below that no matter how much I worked out and how little I ate. In ketosis though? 15% was a brief plateau as body fat just continued to disappear. It was magic, and I was anxious to get my friends to see just how awesome eating this way could be. When we had dinner parties, I’d bring some crazy near-zero carb entree or dessert, few would eat it, and those who did had a reaction that was often split between a polite, “Oh, yeah, this is great," and making fun of me for even trying to pass off fishy smelling and offensively chewy shirataki noodles as anything that could be confused as “pasta." Initially this was a tough pill to swallow, as I was bringing the foods that I was eating, and had grown OK with because I was so close to them and the idea of the keto diet. I then realized, the reaction was a direct result of the way I was pitching these foods to friends. 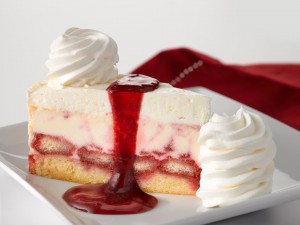 When you tell someone, “Hey, here, have some cheesecake," the mental images that summons are filled with thick, pillowy slices of cheesecake, maybe even dripping with some kind of strawberry sauce. You think of the last time you had cheesecake, and remembered the luxurious mouthfeel of the decorative chocolate chunk on top melting across your tongue. Oh, and of course, the incredible graham cracker crust which anyone seasoned in eating cheesecake will either save for last and eat it in one chunk or expertly ration across each bite. Maybe you even think of the first time you had cheesecake, or taking your first girlfriend out to dinner and dessert at Cheesecake Factory, a meal you worked at your crappy minimum wage job for an entire week to afford. That’s real cheesecake, but the same can be said for any kind of classic recipe. The taste, smell, mouthfeel, and everything else combines to not only transcend that particular meal, but also invokes old memories of other cheesecakes you’ve enjoyed before.

What I was offering with my science experiment of a artificially sweetened cheese brick pitched as cheesecake was a ticket to those memories, and a fleeting moment that might bring you back to something that made you happy, sad, or something else. Instead, I was delivering something that merely looked like cheesecake, and if you approached it with an open mind, maybe even remotely sort of tasted like cheesecake a little bit with your nose plugged. The reaction is understandable, because I set these lofty expectations, then delivered something that totally underwhelmed by paling in comparison to the exact expectations I purposefully built up in the comparison. Even though you may have never had my terrible low carb cheesecake, you’ve no doubt experienced the same when (either accidentally or not) you’ve bought low fat, sugar free, or otherwise toned down versions of food you love. The experience is never the same, and really only leaves you unfulfilled and wanting the original more than before. 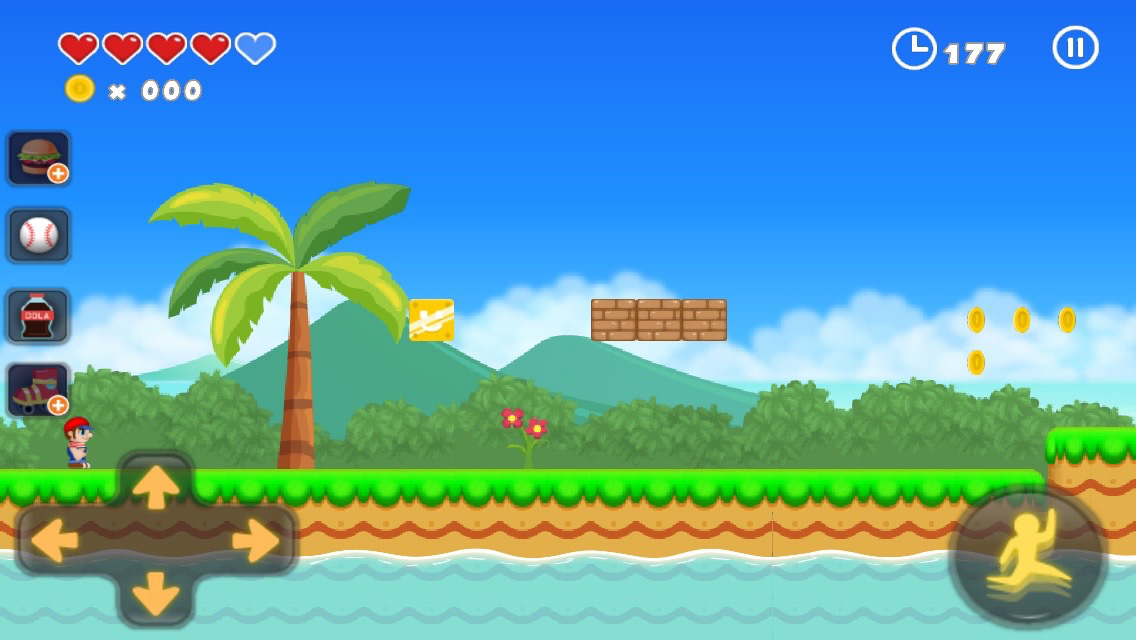 It’s all these experiences that make me cringe extra hard when game developers, anxious to look for an angle as to why you should care about their specific game in a sea of millions of other games, seem to just love making direct comparisons to beloved retro titles. There’s countless of examples of this in the history of the App Store too. Name a highly regarded retro title, and I’ve bet I’ve got emails from at least two different developers where they’re trying to argue that their game is just like, paying homage to, or otherwise dangerously summoning your nostalgia for the original. The number of platformers that have been compared to Super Mario, for instance, that made me want to do anything but load up an emulator instead is exactly zero.

It makes them tricky to review too, as what lens is the appropriate one to look through when trying to critically analyze anything that, at best, is a sugar-free knockoff of an original title you love? A lot of the time we see the rationalization of, “Well, I mean, it’s a mobile game, you can’t hold it to the same standards." Or, “Well, I mean, it’s a mobile game, the original will never be on the App Store so this is the next best thing." (Or maybe the original is on the App Store, existing in some uncomfortable limbo between totally broken and unbelievably poorly ported.) But this begs the question, is this the standard we should be holding mobile to, particularly from a critical standpoint? Setting the bar at “Well this is kind of sort of OK if you cross your eyes and forget these other things exist" isn’t doing anyone any favors, and really only further lends credence to the argument that mobile games are just disposable experiences that aren’t worth remembering beyond the few minutes you play them before moving on to the next one. 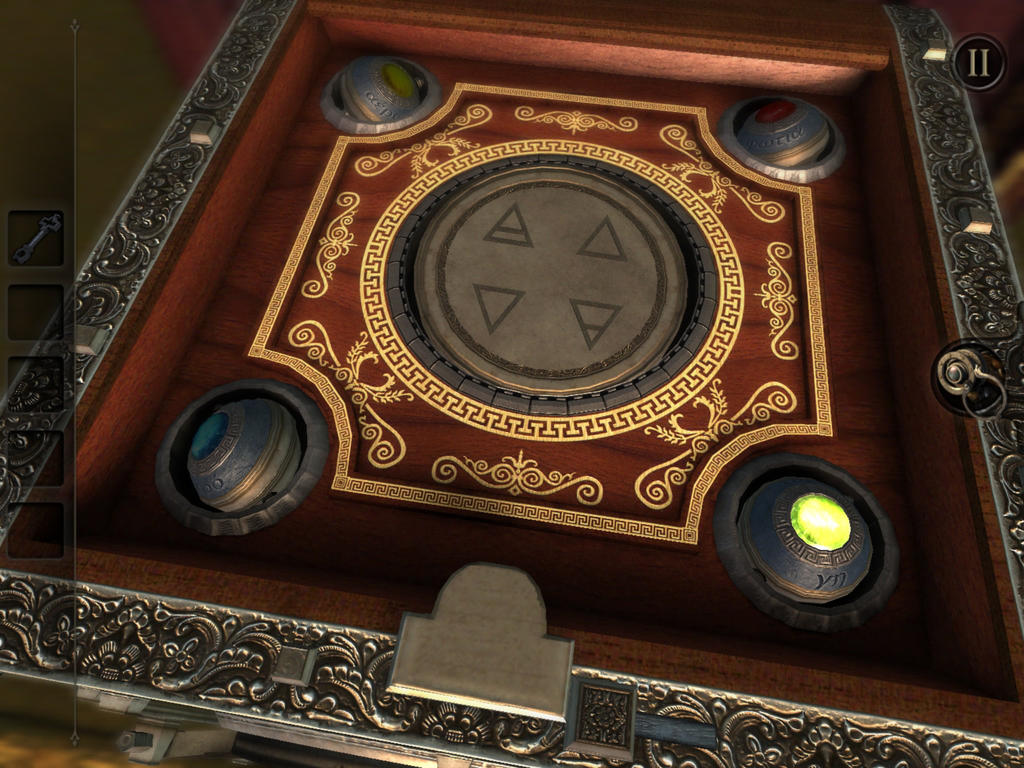 The thing is, I don’t believe that at all. The App Store is a platform filled with some of the best games I’ve played in my entire life. I still remember the chill I got the first time I played Sword & Sworcery ($3.99) at GDC and raced to write about it. My first launch of The Room ($0.99) totally (and quite dramatically) ruined my plans for that evening as I didn’t look up from my iPad until I was finished, then spent the rest of the night telling anyone who would listen to me to download the game. I remember exactly where I was standing, on the third stair climber machine from the front door at Lifetime Fitness in Warrenville, IL as I was trying to tune out the terrible gym music when I discovered 10000000 ($2.99), a game so special I immediately left, told Brad to wake the hell up, and recorded a TA Plays before I even took my shoes or heart rate monitor strap off. I know people like to get mad about free to play, but the summer all my friends inexplicably were within a few levels of each other in Candy Crush (Free) involved the most brutal competition I’ve ever been in to stay on top of who was the farthest, and was more intense than progression raiding in vanilla World of Warcraft. The list goes on and on, and these are the kind of experiences that make the App Store meaningful to me.

With those kind of experiences in mind as the real cheesecake, how is it at all fair to our readers, developers, or iOS gaming as a whole to adjust our viewpoint to make sure we’re appropriately keeping in mind the fact that a game we might be reviewing isn’t anywhere near good as the original but that’s ok because it’s just mobile? There’s a lesson to be learned here, and it’s one I learned too: When I stopped telling people my insane science experiments were “cheesecake" and instead packaged them differently while describing them as “these crazy keto fat bombs I’m eating because I’m a member of an internet diet cult" my friends laughed about it, tried them, and unequivocally agreed they were “not that bad." Expectations are everything, and one of the most important things you can do in any avenue in life is under-promise and over-deliver whether it’s a weird sugar free dessert or your upcoming mobile game.