The guys at Zen Studios have released pinball tables in Zen Pinball (Free) (and its various spinoff apps like Star Wars Pinball ($1.99), Marvel Pinball [appprice url="https://itunes.apple.com/us/app/marvel-pinball/id595689324?mt=8] and others) based on practically every popular IP imaginable, so it’s not much of a surprise that they’ll soon be capitalizing on the recently released Star Wars movie with The Force Awakens pack of pinball tables. It features two different Force Awaken themed tables, the first of which they’ve released a trailer for:

The second table in the set is a two-level playfield which even features the ability for players to control their own Star Destroyer. Here’s a screenshot of that table: 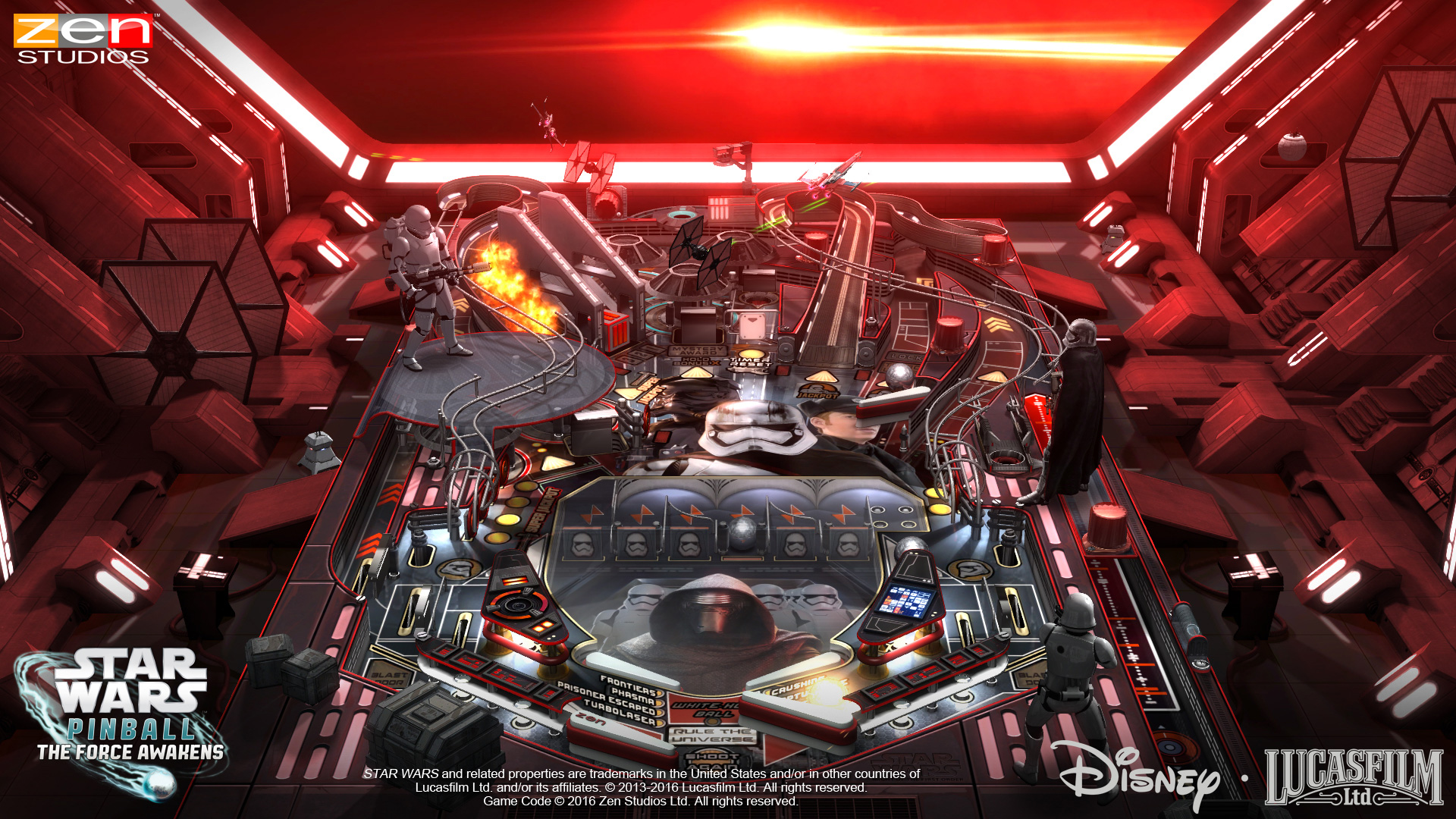 These awesome tables always make me wish I was better at pinball. I always just sort of bumble around until I’ve gone through my three balls, and then try again until I get bored. If you’re not into the Zen Pinball ecosystem yet, you should definitely give at least the freebie tables it comes with a spin. Anyway, The Force Awakens tables hit next week, and should be available on basically every platform including iOS.