Neven Mrgan and James Moore’s Grayout ($2.99) is a word game, but in a unique sense that it plays with words in ways you might not necessarily expect. You are Alaine, who is suffering from aphasia, a condition that affects communication, which manifests itself in this game as where you have a whole pile of words to respond to messages from the doctors allegedly treating you. You need to form sentences, and it starts out just from having a bunch of different words that are designed to fool you from their slight differences as to how they play out in the sentence, eventually getting to the point where the words become warped, and you have to piece together sentences going through several layers of aphasia-induced difficulty. 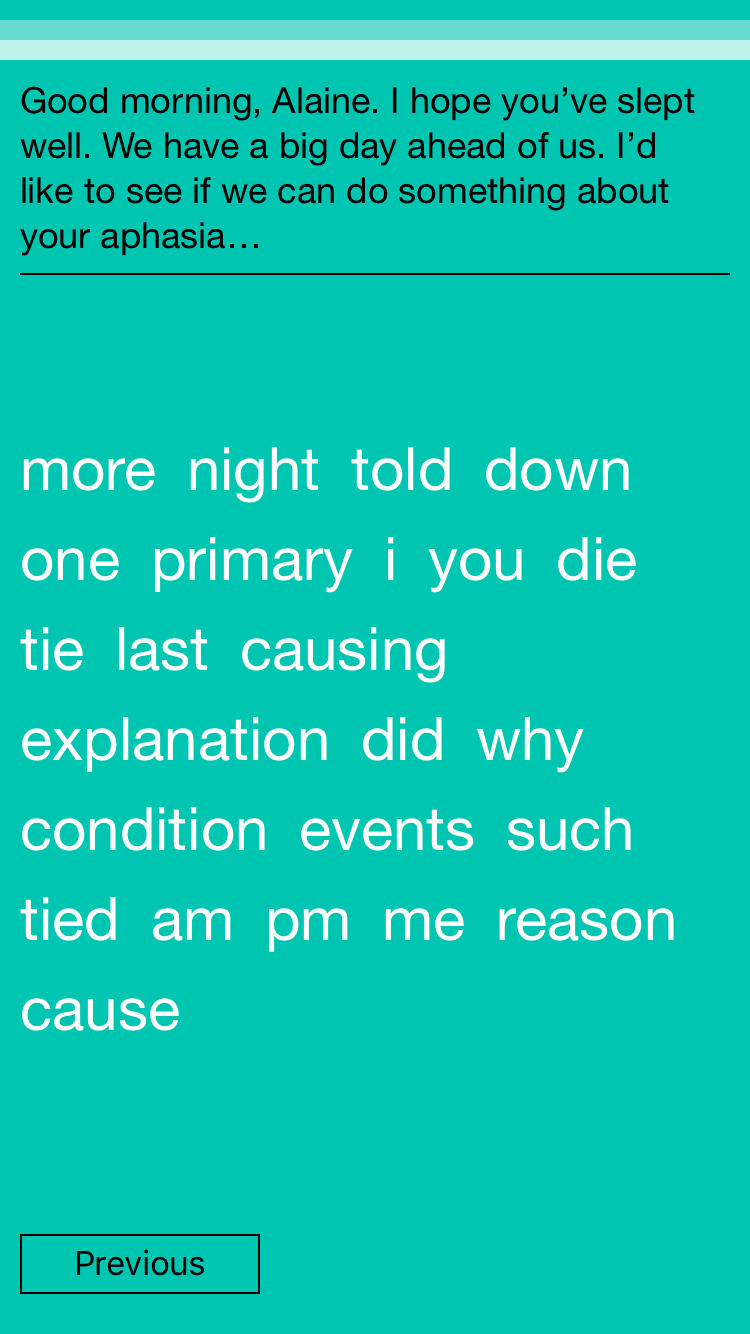 The concept is really unique and compelling because Grayout is so unlike pretty much anything that came before it. It’s interactive fiction, but yet not; it’s a word game but yet far from anything near tradition in the genre. The gameplay is the story, as you have to go back and forth through forming the sentences to tell your side of the tale. And the later puzzles in the game get quite devious, as you have to deal with layers of obfuscation and visual effects designed to unnerve you, regardless of the word jumble you’re presented with.

The issue with the whole thing is that some of the answers can be very difficult to figure out. A sentence that might make sense as a response might not be the one that guides the game forward, so you’re left playing with countless combinations in order to figure out how it all works. Blackbar from the same developers had this problem at times, too, where it was difficult to suss out what a word might be. Synonyms are difficult game design problems, I suppose!

The game is a prequel to Blackbar ($2.99), though you don’t necessarily need to play that game to make sense of Grayout. I won’t reveal how the games connect beyond their sharing of a universe, but when you make the specific connection between games, it’s pretty cool. I suggest going back through Blackbar after you play Grayout. 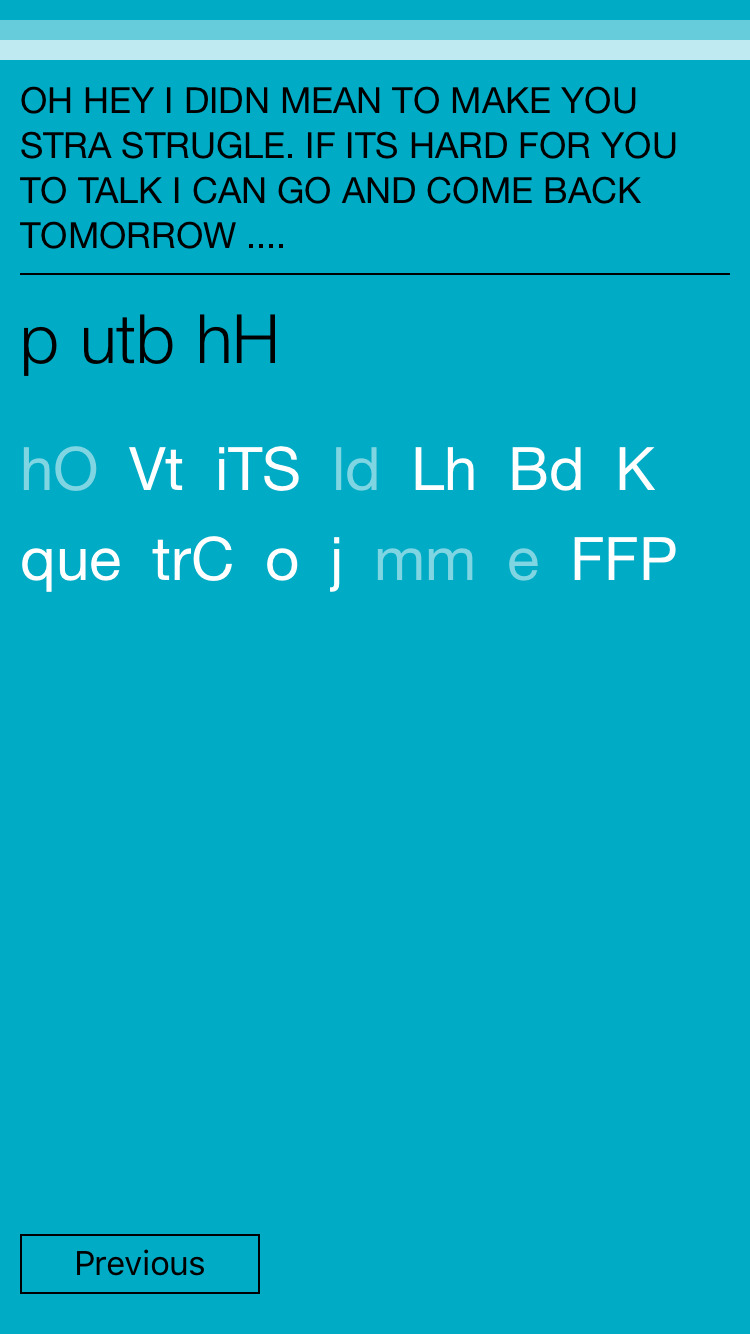 I think that Grayout doesn’t resonate quite as Blackbar did, where that game was doing something clever and timely with surveillance and censorship, especially considering the era we live in where the ways we communicate are so dependent on methods that are ripe for censorship. Grayout is more set within itself, and while it tells a harrowing tale, and possibly relates to the dangers of totalitarianism and dissent, it doesn’t have the kind of universal theme that made Blackbar so compelling. Nothing wrong with telling a more localized and specific thematic story, but it just doesn’t click with me quite the way that Blackbar did.

The replay value of Grayout will come in from the same way that one would re-read a book or re-watch a drama, because the second time you go through it, you can pick up on story details and notes that you didn’t get the first time through as you were experiencing it freshly. And if you have already played Blackbar, then Grayout enhances the experience of that game in ways you wouldn’t have expected!

This is quite the clever piece of interactive fiction – and I’m loathe to get into more details lest I ruin the game’s surprises and twists for you. It’s perhaps not as essential an experience as Blackbar was, but it’s still really good. Neven Mrgan’s games he’s been involved in have all had their special moments: last year’s Space Age ($2.99) did some cool things even if it had some flaws, Blackbar I’ve discussed plenty, and The Incident (Free) is still really cool and a fantastic example of iOS pixel art. Grayout is quite the rewarding game if you do decide to check it out.