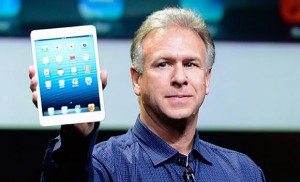 This morning Apple announced that along with other shake-ups in top-tier Apple leadership that senior vice president of Worldwide Marketing Phil Schiller is going to be relieving Eddy Cue as head of the App Store across all of its platforms. Normally these kind of minor shifts in responsibilities isn’t that big of a deal, but there’s reasons to think this might (eventually) mean really great things for the whole family of App Stores. We’ve always heard from people very familiar with the matter that Eddy Cue was a huge reason as to why the App Store is the way it is.

When the App Store first launched it likely made tons of sense to put the guy in charge of iTunes at the helm. The iTunes Store influences are still everywhere on the App Store, from how it’s laid out to how the charts work. Hacking apps into the existing iTunes layout in 2008 was fine, as no one could have ever predicted the App Store getting as big as it has, but as the App Store went from making millions to making billions, surprisingly little has changed- Often to the detriment of the App Store as a whole, particularly when it comes to the way games are treated. Music, apps, and games are very different things, and applying a one size fits all approach to selling them all has always seemed real weird.

We’ve also heard from sources that Cue played a part in the last minute shift to make Apple TV games require the Siri remote to be allowed on the Apple TV App Store. Whenever I’ve pressed contacts as to why other similar things that don’t make a whole lot of sense are the way they are on the App Store, the answer has always been some variation of “Eddy." (Or, more recently, a joke about having Taylor Swift write a letter.)

Due to the culture of secrecy at Apple, it’s always difficult to tell how much of this is true and who is actually responsible for what, but any way you slice it having a new set of hands on the controls of the App Store can only be a good thing. Leaving Eddy Cue in charge of the iTunes Store while Phil Schiller heads up the App Store hopefully means all those iTunes holdovers and influences are going to part ways with the App Store to make it a better software platform instead of a music platform that also sells software. The only real question that remains is how long any changes Schiller will make to App Store policies take to roll out. Hopefully it isn’t long.