Every time we post one of these “Pay What You Want" deals, the response is remarkably positive, so, why stop a good thing? Courtesy of TouchArcade Deals, we’re highlighting a Pay What You Want for the iOS 9 Developer Bundle. If you’ve never done one of these before, here’s how they work: You can pay whatever you want for this e-learning bundle which covers basically every facet of iOS 9 development, if you beat the average (currently a few cents over $12) you get everything in the bundle. Otherwise, you just get the stuff that’s currently been unlocked. 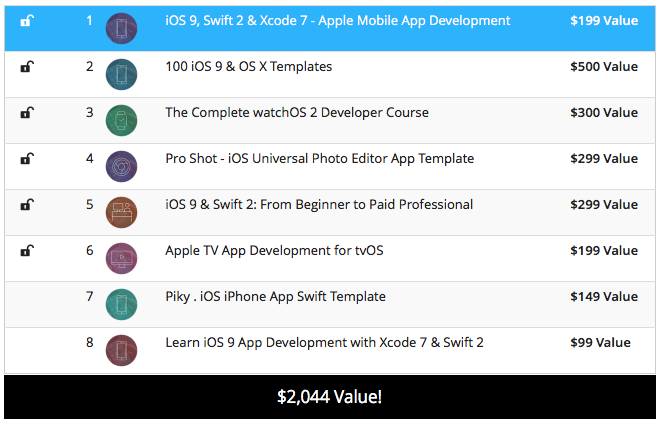 To sweeten the deal, 10% of the proceeds are going to Project HOPE which promotes worldwide wellness through offering medicines and supplies as well as disaster response, wellness promotion, and other super positive stuff. So, help out a rad charity, learn how to build all sorts of iOS 9 stuff, and even get 100 different templates to base your demo projects off of. It’s a pretty solid bundle, so head on over to TouchArcade Deals and check it out.