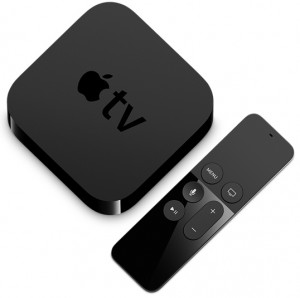 It’s been a little over a month now since the new Apple TV launched. That day, we posted our first impressions of the device, and while there were (and still are) things that seem very dumb about the platform, it felt like there was loads of potential there. Over the last week or so I’ve been talking to many different developers who have released games or apps on the device, and the general vibe is that if things don’t turn around following Christmas, Apple is going to have a real problem on their hands as “successful" apps are making $100 a day on a good day, with revenue continuing to trail off since launch. Everyone I spoke with was reluctant to be specifically sourced (effectively to avoid being the first one to complain), but the games and apps they’re responsible for anyone would recognize and they live what one would assume would be healthy lives on the Apple TV top lists. Comparatively, top games on the iOS App Store are making hundreds of thousands to millions of dollars a day. Yes, the platform is still young, the install base is likely tiny, but its indicative of a bigger problem in that not even Apple can duplicate their own successes.

When the App Store launched back in 2008, it was a wild west of random indie developers, old Mac developers, and other folks just excited to try building software on a brand new platform. Obviously, as history has shown, the early birds reaped the rewards of being the first to what has since become known as the App Store gold rush. Since then, developers have similarly raced to every new software platform Apple has released, in hopes of somehow being in the right place at the right time for the next gold rush. …Except, no second gold rush has ever come, in fact, it seems as Apple continues to release new App Store platforms, the financial rewards for participating in each have reached totally unsustainable levels for anyone who isn’t fueled by too much of someone else’s investor cash or is simply building software in their spare time.

I still remember the hope surrounding the launch of the Mac App Store, which since not only has developers straight up abandoning the platform due to poor customer experience, but those who stuck around make what amounts to beer money rather than any kind of serious revenue source. If you want to count the Apple Watch App Store as its own thing instead of just an extension of the iOS App Store, that’s another software platform which also has largely bombed for anyone who has gotten involved. Apple Watch OS 2 was supposed to reinvigorate the Apple Watch app ecosystem, but again, have you read a single report where anyone has come out and said anything along the lines of, “Oh man, I’m so glad we invested development time in the Apple Watch, we’re making so much money?" 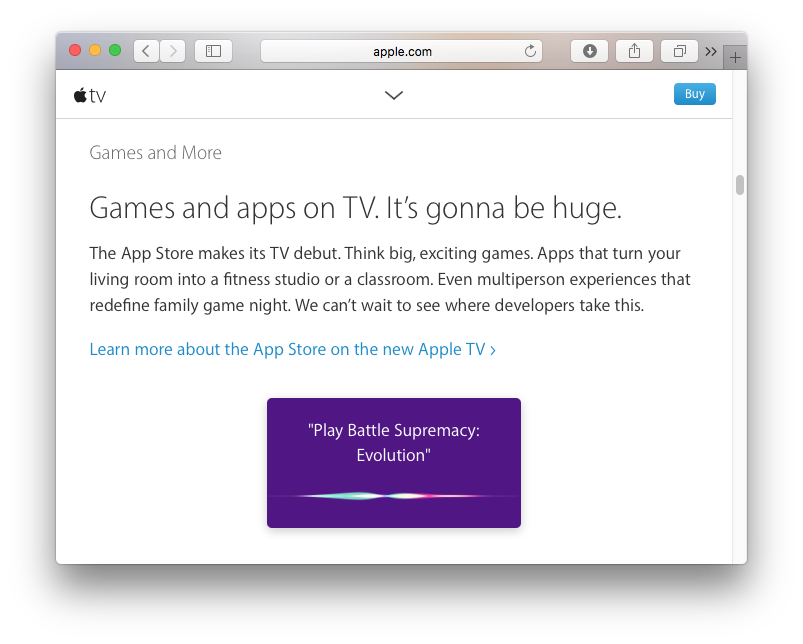 So, I guess, it’s not much of a surprise to be hearing from developers that the Apple TV ecosystem is also pretty terrible. If you don’t follow the various Apple rumor sites, chances are you didn’t even know the new Apple TV is out. Apple didn’t do much/any of a pre-launch marketing push to show consumers that they need to go out and buy a new Apple TV because it plays all these great games or anything else. Similarly, on the storefront side of things, it’s business as usual with an editorial featuring process that involves structuring the fate of your software development studio around crossing your fingers that you’re lucky enough to get featured.

The whole situation is so incredibly disappointing that I don’t even know where to start. We’ve spent years being enthusiastically hopeful for the potential for Apple to do something with third party software on the Apple TV. If you go back and listen to any of our podcasts surrounding predictions for WWDC, the whole idea of being able to play games on the Apple TV always comes up. With that always came with the assumption that Apple was going to treat the Apple TV as a serious platform, and give developers a real reason to develop for it, instead of just sort of farting it out.

Imagine, for instance, if Sony released the PlayStation 5, but you don’t follow specific Sony sites, so you didn’t even know. Also, imagine that Sony worked with developers on an absolute barebones minimal level to get them to develop software for the platform, without any kind of assurance that they’re going to receive any sort of promotion from the platform provider, or in the case of the Apple TV launch, even be able to be found on the storefront without searching for the specific name. That’d all seem totally insane, right? 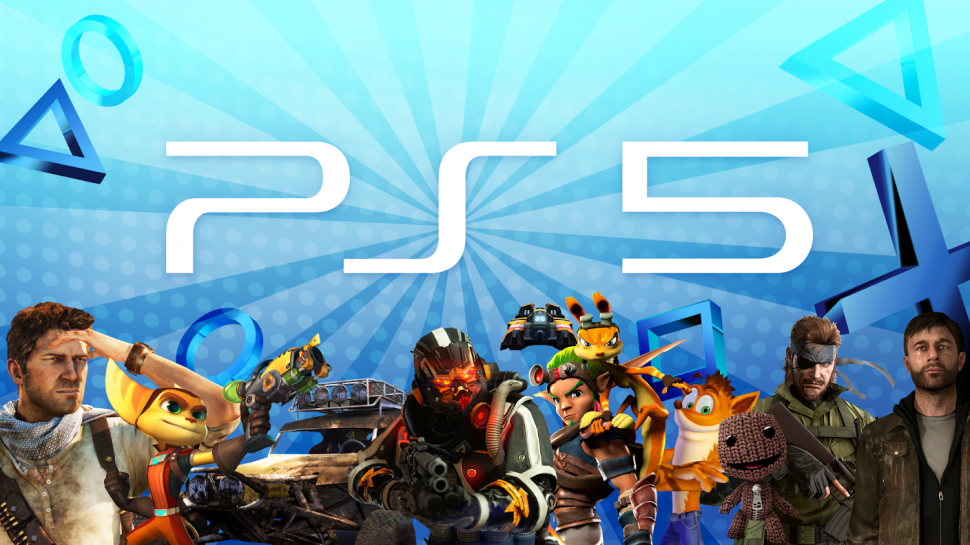 …But that’s just life for a developer looking to get involved in the Apple TV. Apple released what could’ve been a serious competitor in the world of set top boxes, game consoles, and other similar devices while treating it the way Apple treats all their things in that it’s their party, they’re doing stuff how they want, and it’s up to you if you want to come along. It’s worked for the world of iOS, because the iOS market and the iOS App Store has reached a point of critical mass with so much momentum that developers will put up with absolutely anything for a taste of the potential rewards. The problem is, Apple, like developers, were also in the right place at the right time with the iOS App Store. They haven’t been able to duplicate that success since, and it represents a pretty worrying trend.

Back in 2011 or so, if an indie developer was making a game, you didn’t even need to ask what platform it was on because of course it was iOS. Now though, how often do you hear developers saying they’re specifically focusing on iOS? Lately, most of the developers I regularly follow are doing all sorts of interesting things with Sony and the PS4, are trying out Steam, or are just releasing on absolutely everything else then releasing on mobile just to toss their nets in the water and see if they can catch anything that’s left. These markets are less crowded for sure, but the experience for the actual developer is also significantly less hostile. For Sony, they’ve got a vested interest in all these indie games doing well because they realize the incredibly important symbiotic relationship between the developer and the hardware manufacturer/platform provider.

For developers working with Sony, they’re provided guidance on when to launch, how to price, hell, they’re even invited to various Sony events to show their game off to excited members of the media and other gamers. Compare that to just submitting your binary up on iTunes Connect, crossing your fingers, and seeing what happens. It’s just an incredible comparison, and I have no idea how Apple thinks they’re ever going to be able to seriously compete in the living room space if they’re not doing all these things their competitors are doing. The weird one way communication and culture of secrecy in the company isn’t doing them any favors, and again, the reason developers in the iOS world put up with it is because they have to. The rewards are too great. When it comes to the Apple TV though, and potentially making hundreds of dollars? I think it’s pretty easy to say “Nope."

It might be premature to get so down on the Apple TV, as it’s entirely possible that the device becomes one of the hottest gifts this holiday season which would go a long way in increasing app sales as the install base grows. However, this does nothing to solve all the problems that the non-iOS App Stores have seen and it all just feels like history repeating again. Any way you slice it, it’s ridiculous to hear that revenue for super-hot, classic iOS games on the Apple TV is counted in the hundreds, and that should be something Apple has people working around the clock to try to figure out. Apple obviously cannot replicate the cultural impact of the iPhone/iPad and the iOS App Store, so they need to be competitive in other ways, which means realizing that maybe the way other platform providers do business (and have done business for longer than even the iOS App Store has even been around) is the better way to go.