Last week was one of those weird release weeks where a couple things popped up early prior to the regular weekly scheduled time, then the actual release night Out Now post was much lighter than usual, then so many things trickled out after that that we even threw together a second Out Now post on Friday. Then those dastardly developers Art In Games went and really threw a wrench in things by releasing their newest game AirAttack 2 ($0.99) on a Saturday of all days. A Saturday! Insert BillLumbergh.gif here. Hey I won’t complain, a constant stream of awesome new games is never a bad thing no matter when they release.

As mentioned in our previous post on the game, AirAttack 2 is a sequel to the 2010 hit AirAttack ($0.99), which I remember fondly as being a high-water mark for visuals at the time, and in fact even today it could still hang with the best of them. Well let me tell you that AirAttack 2 blows it out of the freaking water. I don’t know what special sauce Art In Games is sipping but they have managed to create one of the most graphically impressive titles I’ve seen in some time. 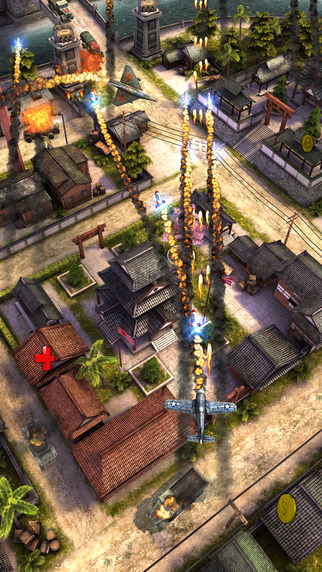 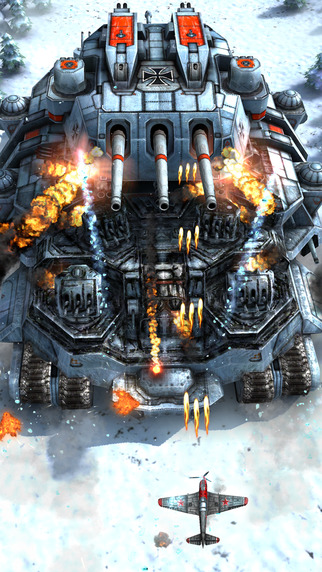 The original game was also novel for its destructible environments, and again this is taken to the next level in the sequel. Before, you’d drop a bomb on a bridge or some buildings and they’d simply turn sort of black, signaling they were destroyed. In AirAttack 2, you can drop bombs on practically everything and see some impressive destruction. Massive buildings will come cascading down, meaning you can partially blow one up or bomb it some more and bring the whole thing down. It’s like true, actual destructible environments! Not only that but all enemy ships actually have a degree of dynamic destruction too, so if you’re blasting an enemy plan in its wings, its wings will be shot off just as they should. Or if you aim right for the body that will explode instead.

AirAttack 2 is fully modeled in 3D and as mentioned previously it looks just gorgeous. One of the cool benefits of having the game actually be built in 3D rather than just 3D renders is that the game’s path can change quite dynamically. It’s still mostly a vertically scrolling shooter, but occasionally things will shift and you’ll fly in circles as you blast away at a huge target, or certain levels will have you chasing enemy planes around causing you to fly all over the sky, not just in one long, straight direction the whole time. It’s super refreshing for a shoot ’em up.

Finally, I wouldn’t feel right if I didn’t at least mention the Tail Gunner mode. The Tail Gunner is a power-up you can buy prior to starting a game along with some other stuff like Homing Missiles and Wingmen assistants. When activated, it puts you in control of your ship’s tail gunner, shifting perspective to more of a first-person view and feeling very similar to the AC-130 missions in Call of Duty, and then aped and turned into their own game in Zombie Gunship (Free). It feels so cool to blast away bad guys as the tail gunner, and it’s such a shift from the normal play that it adds a major dose of variety and probably could be turned into a standalone game it’s so good.

I was already interested in AirAttack 2 because I enjoyed the first one, and I was happy to see it get a surprise release over the weekend. But I simply was not prepared for how damn good this game is. I’ve written a bunch of stuff here and still only barely scratched the surface of what there is in this game. If you were even a tiny fan of the original or you enjoy shoot ’em ups, you need to plop down your $1.99 (with no IAP!) for AirAttack 2 right away. And if you don’t want to take my word for it, there’s near universal praise for the game in our forums as well.