If you haven’t heard of Loot Crate yet, here’s the gist: You subscribe to a service that sends you monthly packages in the mail loaded to the brim with all sorts of crazy swag. They usually include some kind of T-shirt (or other wearable) and a bunch of other stuff including figurines, posters, and similar. Well, courtesy of TouchArcade Deals, you can get 15% off a 3 month subscription to Loot Crate, bringing it down to a little over $16 per crate. Not bad, right? Here’s an example of the kind of stuff a loot crate can contain: 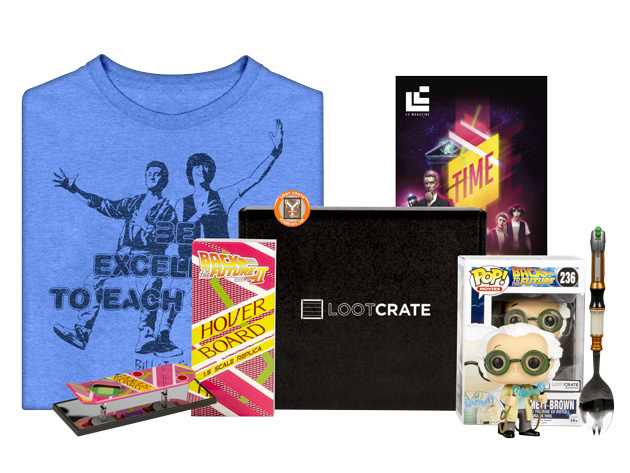 It’s a neat surprise every month, kind of like buying an advance birthday present for yourself… Except it comes every month (or three months if you spring for this deal). Each crate arrives between the 20th and the 28th of each month, so if you hurry, you should be able to get in on the December loot crate.