It’s no secret that there are some pretty expensive iOS games out there. Thankfully, most of them tend to be free, but there are still a few that are a dollar or even two (twice as much!). Even worse, most of these games only use a couple of my iPad’s features. I mean, if I’m going to break the bank on a game that costs money it had better be utilizing my whole device. (Example: I bought Horizon Chase (Free) earlier this year for three entire dollars and quickly found that it only uses my touchscreen. What about the gyroscope? The microphone? The camera? Eeeeyoo, eeeyooo! Ripoff alert!) Progress to 100 ($0.99) is yet another of these wallet draining “premium” games, but I quickly found that this one is different. As I played through its hundred levels, it slowly began to dawn on me: This game uses everything. Finally! 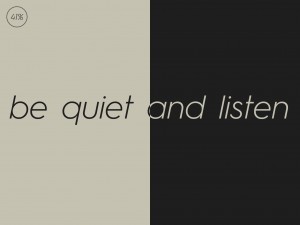 In Ludosity AB’s Progress to 100 your goal, oddly enough, is to simply progress to 100. I’m not sure if that means making it through the 100 levels, or completing 100% of the game, but it doesn’t really matter since they are basically the same thing in this case. Over the course of several days I did manage to progress all the way to 100, and the experience was definitely not like anything else I’ve done on my iPad.

And yet, in another way, it absolutely was like everything I’ve done on my iPad. At various points I found myself twisting it, flipping it, turning on Airplane mode, holding it perfectly flat against a wall, plugging it into a charger, and pretending it was a bottle of champagne. And the only thing I got drunk on was puzzling. 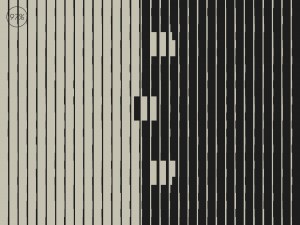 Each level presents you with a single screen, usually with some text providing a clue. The game will also speak to you from time to time through the voice of a British woman, who is either helpful or scolding, depending on how you’re doing. Your job is to figure out what the game wants you to do, and once you’ve done that thing, you’ll move on to the next puzzle. Often you’ll be interacting with the words themselves (“Stand on it” wants you to press the word “it”), or sometimes the screen will be nearly blank and you’ll just need to tap around (or move your device) until something starts to happen. Luckily, true to it’s name, each level acts as a sort of progress bar with a lighter screen gradually replacing the darker screen you begin with to show that you’re on the right track.

It’s a super clever idea, in that it basically combines just about every random gimmick you can think of that iOS devices can do and mashes them all into a puzzle game. It works really well, too, and I basically never had a moment where I knew what I was supposed to do and couldn’t. The tilting and everything is calibrated just right to get each task accomplished with very little frustration, leaving nothing in your way as you try to think outside the flat, metal-and-glass box you’re holding. 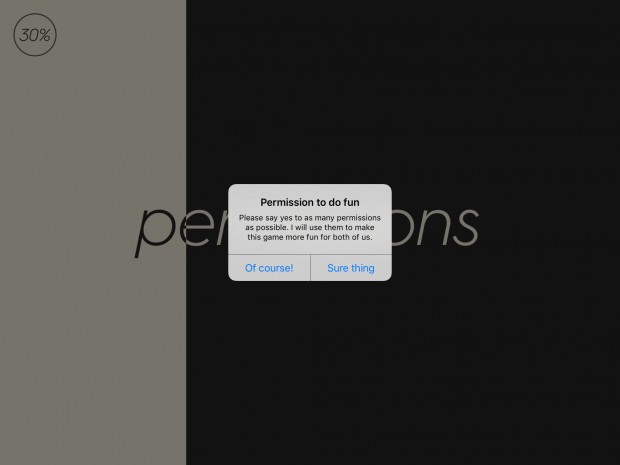 Of course, I’m always striving to find something to complain about (I’m super fun at parties), and I did manage to find a few small things to take issue with. First of all, a few of the puzzles are solved by doing exactly the opposite of what the nice lady voice tells you to do. For instance, one level basically asks you to just wait and do nothing. So I just let the iPad sit for several minutes, and still nothing happened. Finally I realized you are actually supposed to tap despite her protests and thus solved the puzzle. On the one hand, it’s cool that it requires a bit of experimentation sometimes. On the other hand, it feels a bit cheap when following the instructions gets you nowhere. Also, the length of the game is a bit short. I played in short bursts over almost a week, but I can’t imagine it would take more than 45 minutes to solve the entire game in one sitting.

Are either of those things really “bad”, though? It can feel really good to poke and prod a puzzle until it’s solved simply through trial and error, and the length isn’t that problematic since it packs such a cool experience so densely into a neat little one-off puzzle game. Plus, they could always update it with more levels (and, judging by the clever final “level”, they intend to). In any event, it’s still a super enjoyable game despite any flaws–if you could even call them flaws. Maybe my favorite thing about Progress to 100, though, is that most games have one or two gimmicks, and I think there’s something to be said for a game that has all the gimmicks.