Clash of Clans (Free) developers have apparently decided to really change the way the game’s played judging by the huge upcoming changes in the Town Hall 11 update. Today we got another sneak peak, and this one details some big changes in the way players will get the spoils of battle. First of all, available loot is now distributed to the Town Hall as well as storages with Town Halls containing a share of loot equal to one Gold Storage, One Elixir Storage, and 1/4 Dark Elixir storage (these storage numbers increase by Town Hall level). Not only that, but Town Halls can’t be looted if they aren’t destroyed completely – so no getting half the loot for damaging 50% of the Town Hall. And, Town Hall and Clan Castle now count as resource buildings, which means Goblins can smack them for double damage. You can understand how central Town Halls will become now and how much attackers will have to fight if they are to take all of that sweet loot back home. 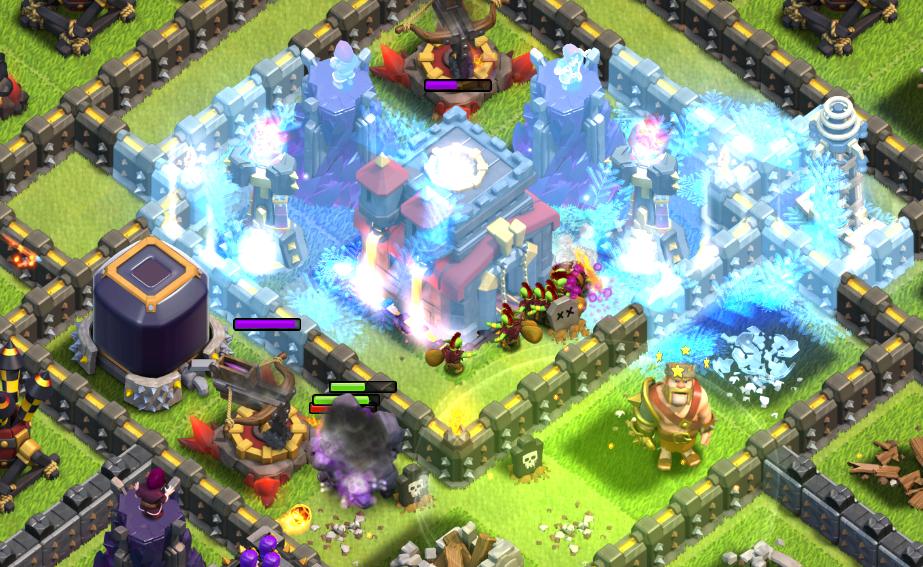 Finally, there will be some general-purpose matchmaking changes like the available loot percentage on Town Hall 6-10 seeing a slight increase, multiplayer targets one Town Hall level lower are now worth slightly less loot to attackers, and multiplayer matchmaking will be less likely to offer targets at a 2-level Town Hall difference (only below Champion League). So what do you think? Happy with the changes or don’t you like where the game is heading? Stay tuned for more previews in the near future.