iOS versions of current console games still pretty scarce, but it’s refreshing to see this trend slowly start to reverse with recent launches of Disney Infinity 3.0, Guitar Hero Live, and Skylanders SuperChargers (Free) on iOS. In the case of SuperChargers, this is the second full launch of a console game with the previous Trap Team (Free) having made its iOS debut last year.

For folks thinking that the iOS version is somewhat watered down or different from its console brethren, prepare to have your concerns allayed. Assuming you go out and buy the iOS starter pack, complete with the Skylanders Portal and starter set of characters and vehicles, this is the same version that’s available on any other system. This shouldn’t be a surprise considering this was the exact same situation as last year, but iOS gamers may be (somewhat justified) suspicious new versions. Suffice to say, it plays wonderfully on my iPad Pro and as an added bonus, it also plays well on my AppleTV, particularly since the Portal comes with its own controller (which works only wth Skylanders, alas). It is possible to play through the game by downloading the free App and eventually purchasing the rest of the game via IAP, but honestly I think the game loses some of its enjoyment without the portal, physical toys and the included controller. 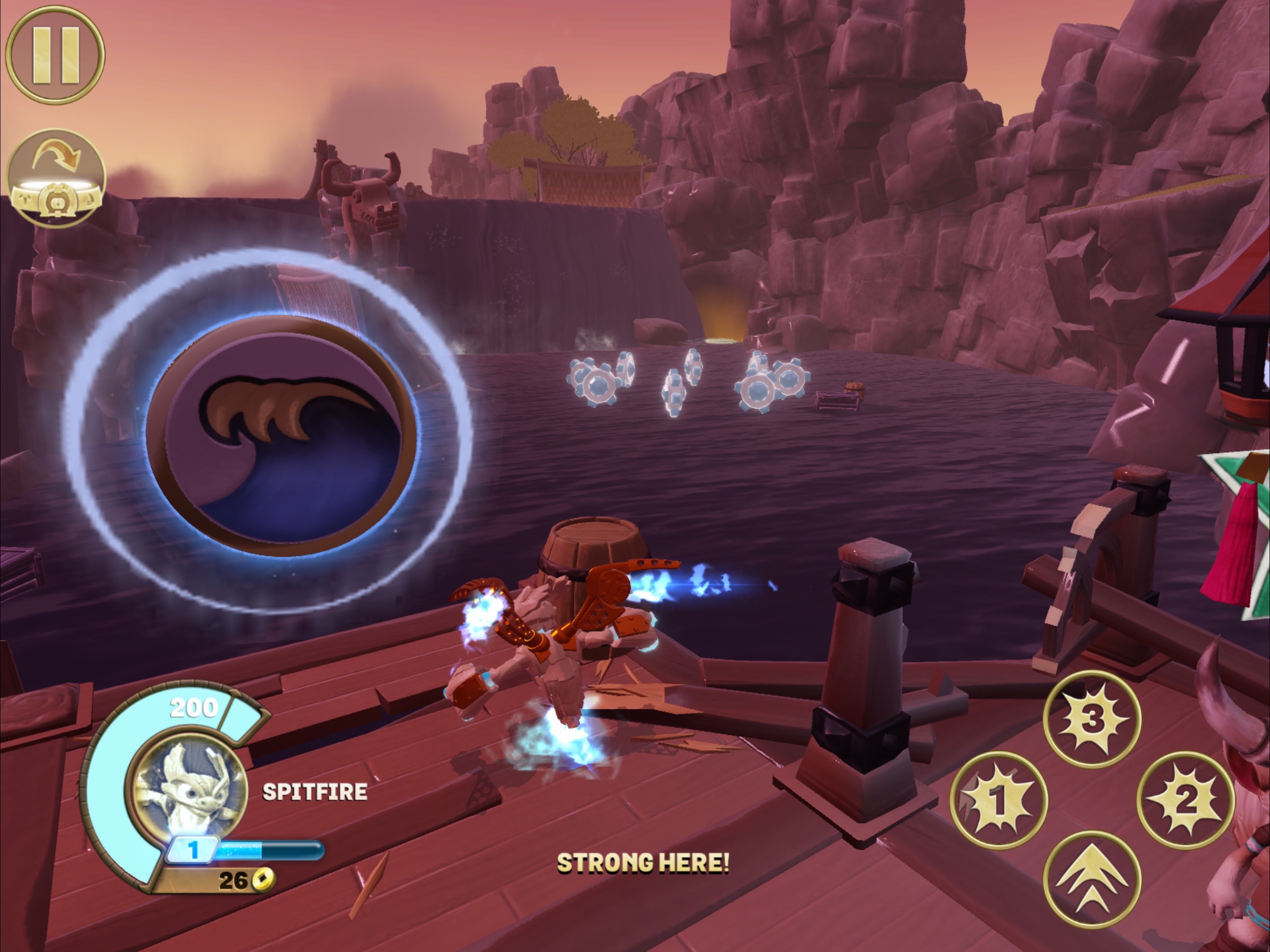 From an actual gameplay standpoint, the Skylanders series follows a somewhat formulaic pattern with each of its releases. With each new game there’s a new story, new heroes to collect and use and typically a new feature that becomes the center point for the game and acts as the motivation to purchase all the new content. In this case of SuperChargers, this new feature is in the use of vehicles, which become necessary for both story advancement and optional content. In the case of optional content, SuperCharger vehicles are generally categorized in three different types: Ground, Air, and Sea. The starter kit comes with a land vehicle but in order to access optional content and complete all missions, you’ll need to pick up at least an air and sea vehicle.

Unlike Trap Team’s trap mechanic, which really was a glorified way of adding more characters of various elemental types to use in-game. The vehicle mechanic in SuperChargers actually expands upon the gameplay and offers a substantive addition to the overall Skylanders experience. Sure, there are the vehicle sections of the story mode, which alternate between racing and pseudo-platforming sections with your vehicles. But there is also a fairly robust collection of racing mini-games that allow players to compete and earn rewards for passing each of the challenges. As is the case with the rest of the Skylander collectibles, there’s also ample opportunity to upgrade your vehicles. 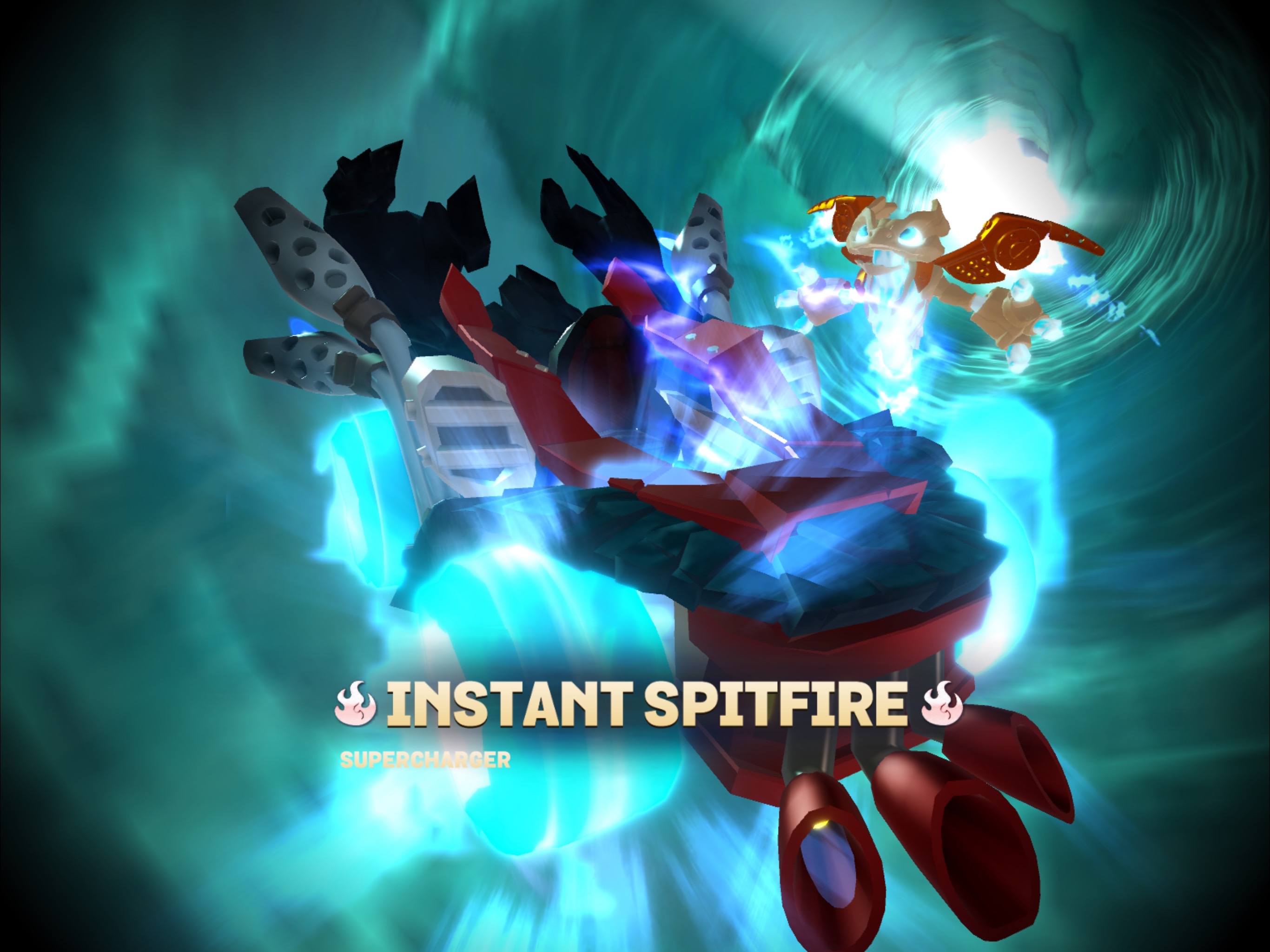 Another welcome change is the switch to a more forgiving emphasis on what extras need to be purchased in order to experience the whole game. Previous games had you needing to purchase Skylanders of every element in order to access all the quests. For SuperChargers, all that’s needed is one of each vehicle. Sure, the each mission has a preferred elemental type that gets a status boost, and each vehicle pairs well with certain heroes that in turn offer even more attribute upgrades as well as aesthetic changes. Players that want to clear missions in an easier fashion will want to collect them all, but for parents just trying to scrape by, it’s not as bad as previous versions.

I previously mentioned earlier how the Skylanders games are generally formulaic in terms of design, but that shouldn’t be confused with them not being good. If anything, the Skylanders games have had a fairly good reputation of offering decent platforming gameplay and combat mechanics as well as narratives that offer a good balance between hilarity and story motivation. Each Skylander can be improved with new moves as well as a general experience/leveling system. The voice acting is also top notch, with character regulars such as Kaos and Flynn (voiced by Patrick Warburton) offering great life to the world. 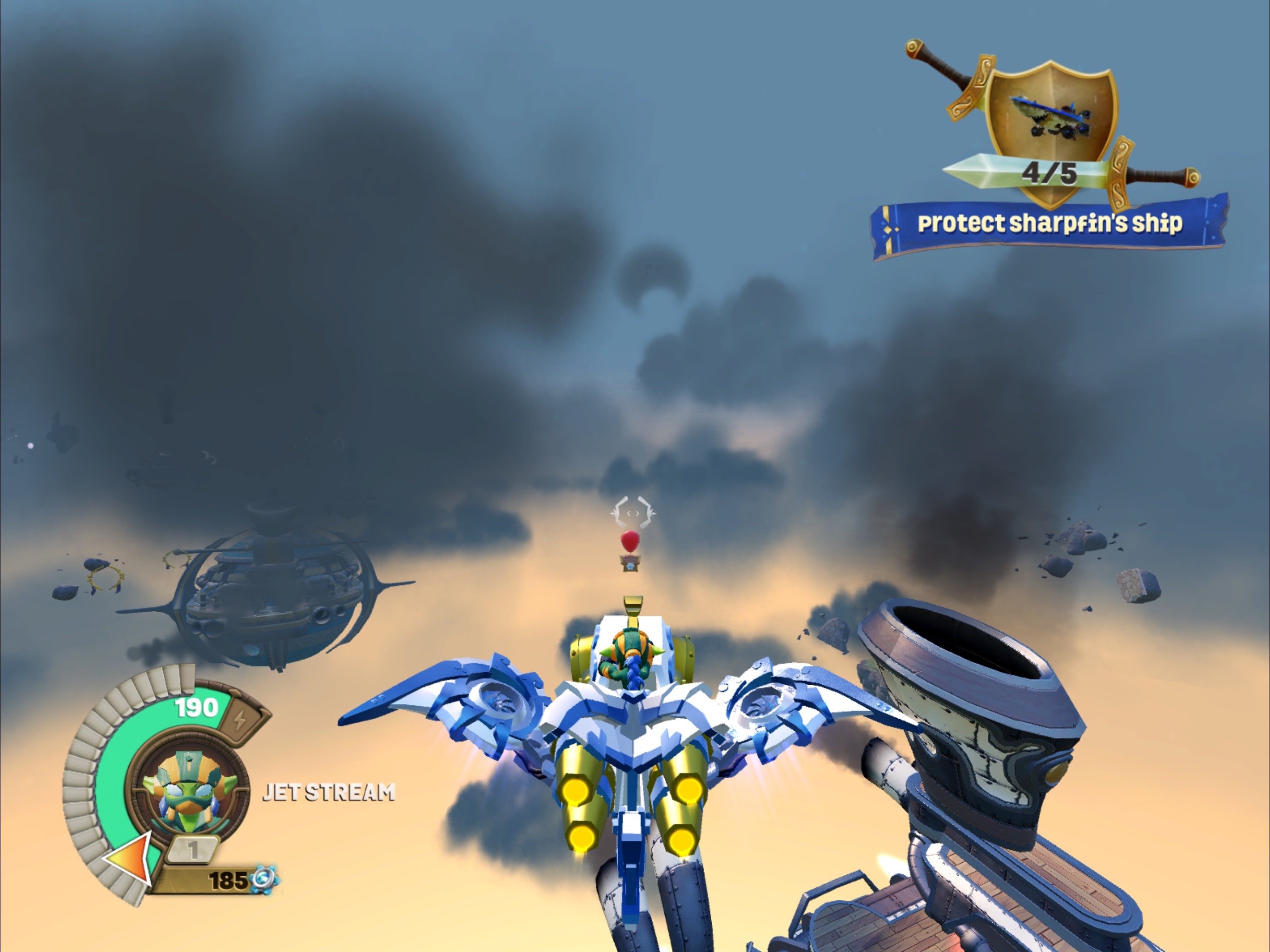 SuperChargers, as expected, continues the trends listed above. If anything, I’d say SuperChargers from a level design standpoint is a cut above the recent titles, with a lot more variety in terms of environmental settings and level elements. The Skylanders Academy, which acts as the hub for this game, also improves above previous iterations with more customization and mini-game options, as well as the aforementioned racing levels, which really expand the game. The only minor misstep worth mentioning has to do with the controls of some of the vehicle levels, which  can be a bit confusing at first as certain levels offer a relative-control scheme versus an absolute, making it a little difficult in navigating your cars.

Combat is probably the one area that doesn’t really get an improvement, but honestly it’s pretty decent to start with. It’s obviously geared towards younger players in the sense that the total amount of abilities and potential improvement for each Skylander is fairly limited. However, each Skylanders’ move-set is fairly unique and there’s enough there in terms of upgrades to keep most players motivated to upgrade their favorite characters. The fact that every previous Skylander from the series is usable in SuperChargers also means that the hero and move variety is pretty limitless at this point.

With the changes indicated above combined with the quality narrative and always character system, it’s pretty hard not to recommend SuperChargers. The vehicle mechanics are a welcome change to the standard (though well-done) platforming elements while the deemphasizing of needing to purchase every character in order to experience all of the game means that the full price of entry isn’t as bad as previous games. Considering the exceptional quality of the toys themselves, I wouldn’t be surprised if folks would want to pick them up simply as cool collectible knick-knacks. Regardless, whether you treat the game solely as a digital version or opt for the portal, SuperChargers is a game worth checking out.