Do you enjoy games like Out There ($4.99) or FTL ($9.99), where you have to manage resources and survive encounters in randomized galaxies? Well, Last Horizon ($2.99) isn’t exactly what you’re looking for, but it exists within a very similar sphere thematically and even structurally, while being an entirely different game. 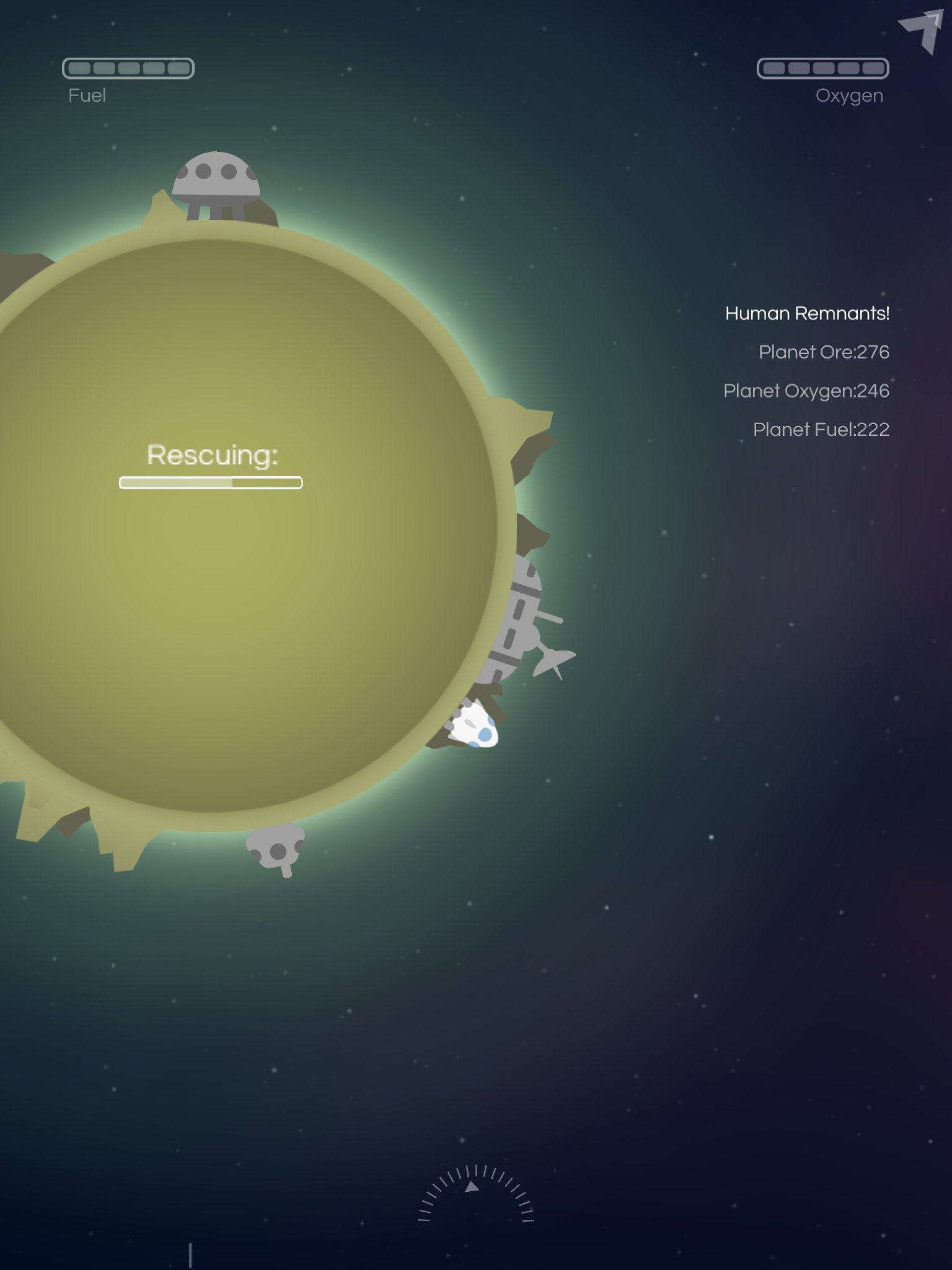 You’ve played spaceship thruster games before – think Asteroids, where you spin and thrust – and that’s how you control Last Horizon. Flying from planet to planet, you’re trying to keep up your fuel and oxygen resources long enough to find the necessary biological resources in order to make your new home a habitable planet. And hey, if you find some humans along the way, too, that’d be grand. Because, y’know, repopulation and whatnot.

So, you’re using your spinning and thrusting to fly from planet to planet to collect fuel, oxygen, and ore; ore is used to repair your ship from when it takes damage, because it will. Rough landings, space rocks, and if you anger the neighboring alien life by messing with their ships or harvesting planets to the point of death, well, that will be all reasons why you’ll want to dig up more ore. Some planets are bountiful with resources, others are not, or at least are deficient in certain resources, so you have to make it to the next planet to stay alive. And when you find a terraformable planet, you have to be careful not to drain it entirely of its resources, lest you make the nearby sentient life quite mad.

The survival aspect and mission of Last Horizon thematically do a great job at making you feel like you have this higher purpose, and it’s oddly driving in a way other games’ premises are not. The regular reminders in-game about the quest do not just a lot to pepper the game with lore, they also help drive you in your quest. Finding one of the terraforming planets feels really special. And it feels really like an accomplishment to not just make it to the goal planet, which is now your new home, but to do well. 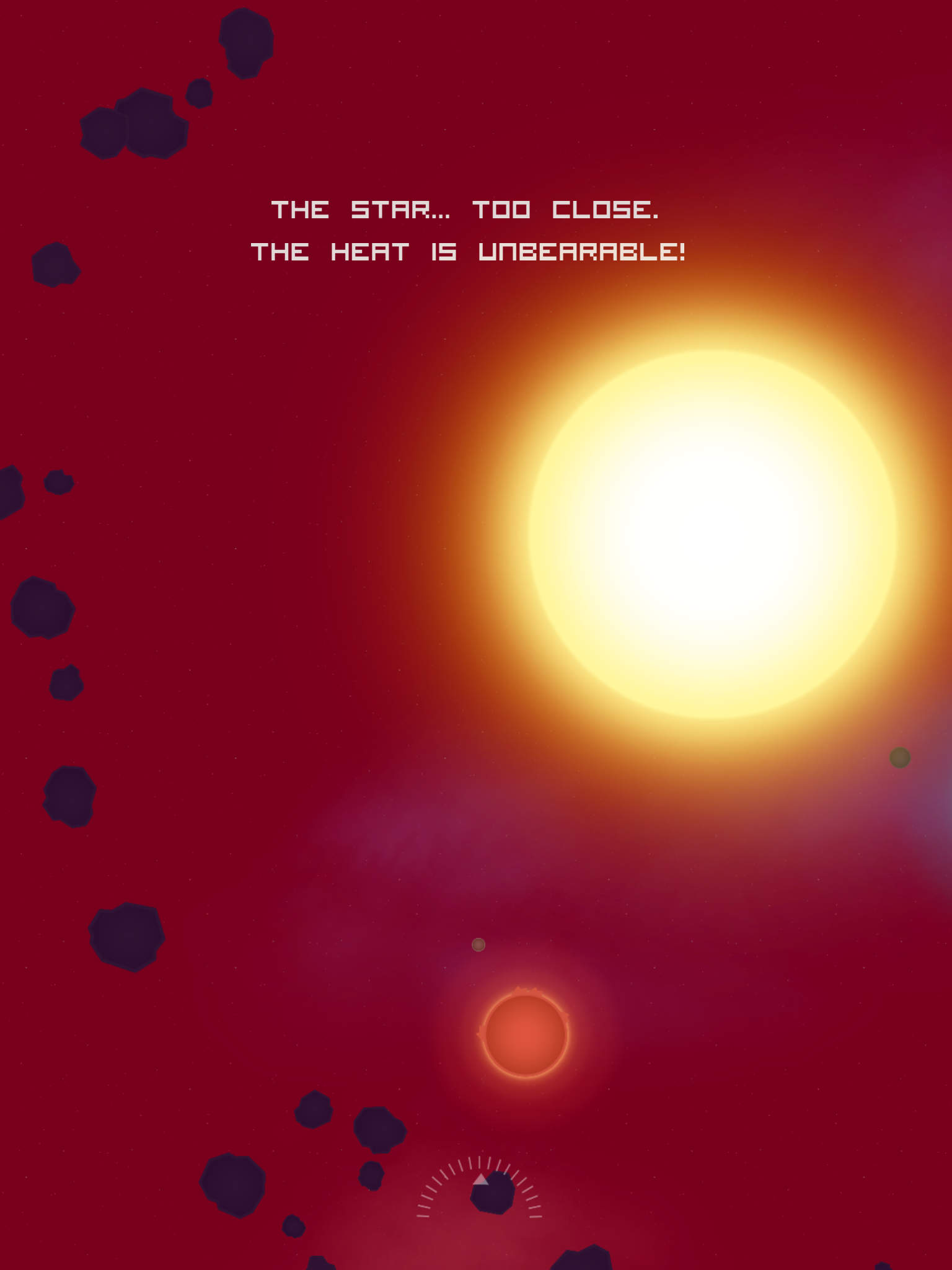 But also a huge part of the appeal here is that if you screw up, you’re dead, and the end can come rather suddenly. Your ship isn’t necessarily fragile to incidental damage, like if you hit an asteroid or have a rough landing, you can recuperate. But fly head-on into a mountain on a planet, or try to land sideways instead of upright? Well, good job, savior of humanity who couldn’t drive to save everyone’s life. You killed us all because you couldn’t turn in time. Seriously, I applaud you. Future generations would tell tales of your heroism, but they can’t because you killed them.

The game is cruel in that it can end a glorious run in one shot, but fair, in that it really teaches you how to be careful with your movements and thrusting. In general, if you screwed up bad and went off-script with the game’s flow, you’ll lose. Be smart, and follow the arrows to your destination, while also being smart enough to check your inventory for which terraforming elements you’ve missed out on, and you’ll do well. And do remember to stay far away from black holes and suns. They will destroy you. 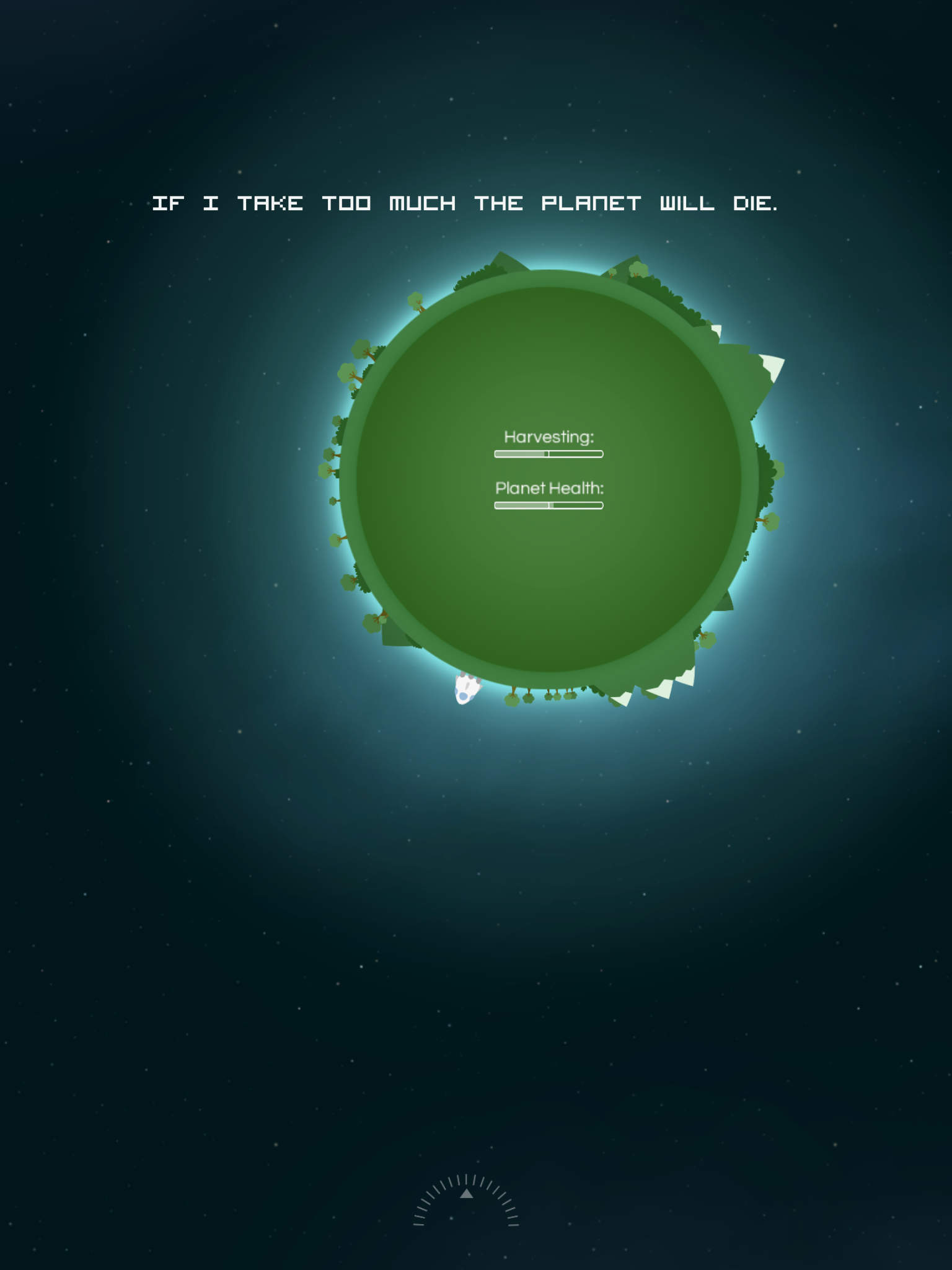 What’s fascinating about Last Horizon is just how far its theme and structure carries the game. Without either of those things, the game is just a ho-hum game about flying around space. If it was just about scoring points while flying through randomly-generated galaxies, it’d be kind of boring, I imagine. But because the game gives you this specific structure and goals, a game where you’re just flying around a galaxy suddenly has a direction and a purpose. It’s a really, really neat trick from Pixeljam. The galaxy has some consistent rules but some surprises: it’s always cool to see asteroids heating up upon re-entry to a planet, or to be suddenly surprised when a comet just buzzes by you.

The issue with Last Horizon is that its multiple modes don’t really do a great job at differentiating between each other. Flight A to Flight B is probably the biggest leap to me, where it took me a bit of time to beat Flight B after I beat Flight A. But I was able to beat Flight C pretty easily. Flight X seems the most difficult, with more threats and fewer resources, but it feels like the difference is just subtle. I’d much prefer a brutal difficulty for that last one, rather than “subtly harder" based on my estimations.

Really, Last Horizon is a victory for smart design and presentation. Pixeljam took a very simple and classic idea of controlling a ship with spin-and-thrust controls, and by applying a particular structure around the game with its goals, theme, and art (the music sets the atmosphere fantastically), they’ve made something that’s compelling. This is a game that can throw away tons of hard work with one little mistake, but you feel like it’s your fault. The more I think about Last Horizon, the more I think that the game is this surprisingly basic thing – and the lack of difference in the difficulties really hurts the replay value – and perhaps the game could go deeper with its story and interactions with alien life. Make something a lot closer to Out There, just where you’re actually controlling the ship, while still maintaining that simplicity. Maybe in 2 Last 2 Horizon. But Last Horizon, even as it is, is a fascinating challenge to take on.