I have a love-hate relationship with horror films and games. As a rule, I’m in love with older films, which use practical effects to great success, and deliver interesting and suspenseful stories. But as time progressed, CG is often used as a crutch, and horror has become increasingly more about shock or jump scares rather than a normalized sense of fear. It’s the same way for games, but Dark Fear ($2.99) manages to bring us back into the 80s in more ways than one.

With a floppy disc boot up screen at the start, I knew I was in for a treat with Dark Fear. If you’re soley into fancy new visuals or top-end designs, you’ll probably want to stay far away. But for the rest of us, the game evokes a sense of nostalgia, with its own sense of personality to boot. For instance, I adore the “score" rating at the top of the screen. In short, this was used in older PC adventure games to provide the player with a sense of how far they were, with the first digit representing successful puzzle solutions, and the second indicating the end of the game. It’s still just as satisfying to complete a task and see that number go up years later. 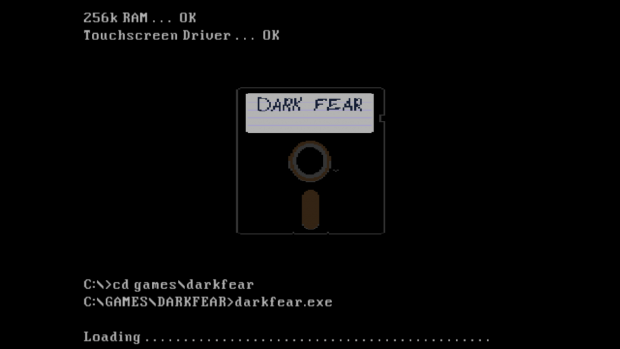 Puzzles are relatively straight-forward in nature at first, but the game eventually ramps things up. But it doesn’t stop there, as there’s elements of exploration, combat, and even some RPG-like concepts like equipment and leveling.  Said combat has an action element to it, with a small “power" meter that players can press to provide the greatest strike. It’s engaging enough, and doesn’t ever tread the line of boring since it’s never overused. From there, other concepts like bribing NPCs for hints show up, much to my delight.

It’s important to note though, that a few bad elements of old school adventure games are borrowed as well. Most notably, pixel-hunting can be a problem — or in other words, a design that forces players to click (tap) on specific areas of the screen to proceed with the story. It’s annoying, but not infuriating, since the limited real estate of mobile devices prevents the environments from becoming too sprawling. It’s always manageable, provided that you have the most basic of adventure game training. 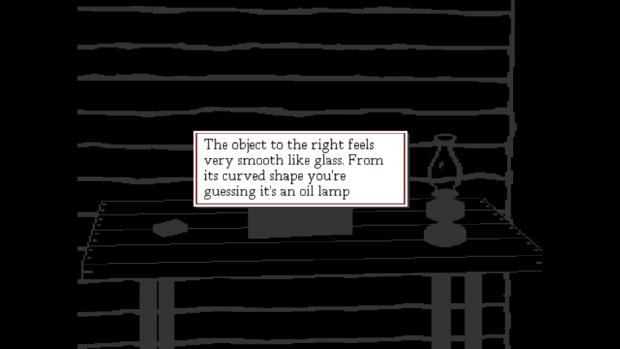 With its simple “cabin in the woods" setup, Dark Fear evolves into something that eclipses many horror games released today. It feels like it could have been a Sierra game, and if you handed it to someone with no context, they’d probably believe you. A lot of people will probably be scared off by the retro aesthetic, but if you have an open mind, consider giving it a shot.