As we wrote yesterday, this week’s Hearthstone (Free) Tavern Brawl is the one everyone’s been waiting for, the Co-Op one, also known as United Against Mechazod (sounds like a court case to me), and it’s available now. You’ll have to work together with the player across the board to beat Gearmaster Mechazod, a 2 Attack 95 Health Taunt Boss who hates both players equally. Each turn, Mechazod changes sides on the board and attacks the one player with his pretty awesome attacks. You’ll be playing with pre-made decks that should have really fun synergies when both players pick the right cards to play. You can either play the Brawl with a friend or queue up a random frenemy. Keep in mind that if you want to get your free pack, which this week you get simply for participating, you’ll have to play with a random person. As you can imagine, every Hearthstone player out there is excited about this Brawl, and with good reason. 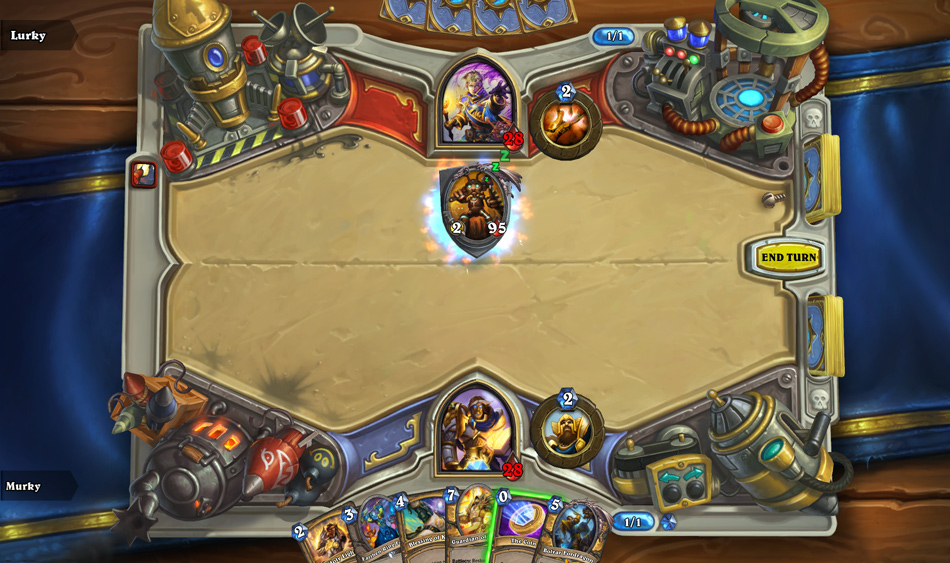 Also, keep in mind that if your board is full of minions, Mechazod will destroy all them when he swings over to your side of the board. Finally, try and buff up your strongest minions (but don’t use all your buffs on one minion) and give them Divine Shield; the longer they survive, the better chance you have against Mr. Mechazod. While it’s hard to communicate with your frenemy, try and play cards that hint at straight-forward strategies so he/she can see where you’re going with it. Good luck brawling!