Ever since playing the first Flight Simulator a long time ago (in a galaxy far away, too), I’ve enjoyed the sense of flying that only a video game can offer, unless you are a fighter pilot of course. I love the ability to move in all three dimensions while executing low-altitude passes between buildings and under bridges. For these reasons, I got excited when I saw the trailer for the upcoming Five Minutes Before, an intense-looking game that has you flying your futuristic aircraft over and around buildings in an attempt to save as many people from rooftops as possible before the world ends. You only have 300 seconds to rescue and evacuate them, and while you can’t rescue the planet, you can rescue as many of its people as you can. The 5-minute limit should fit the mobile platform perfectly and make Five Minutes Before an entertaining pick-up-and-play type of game. 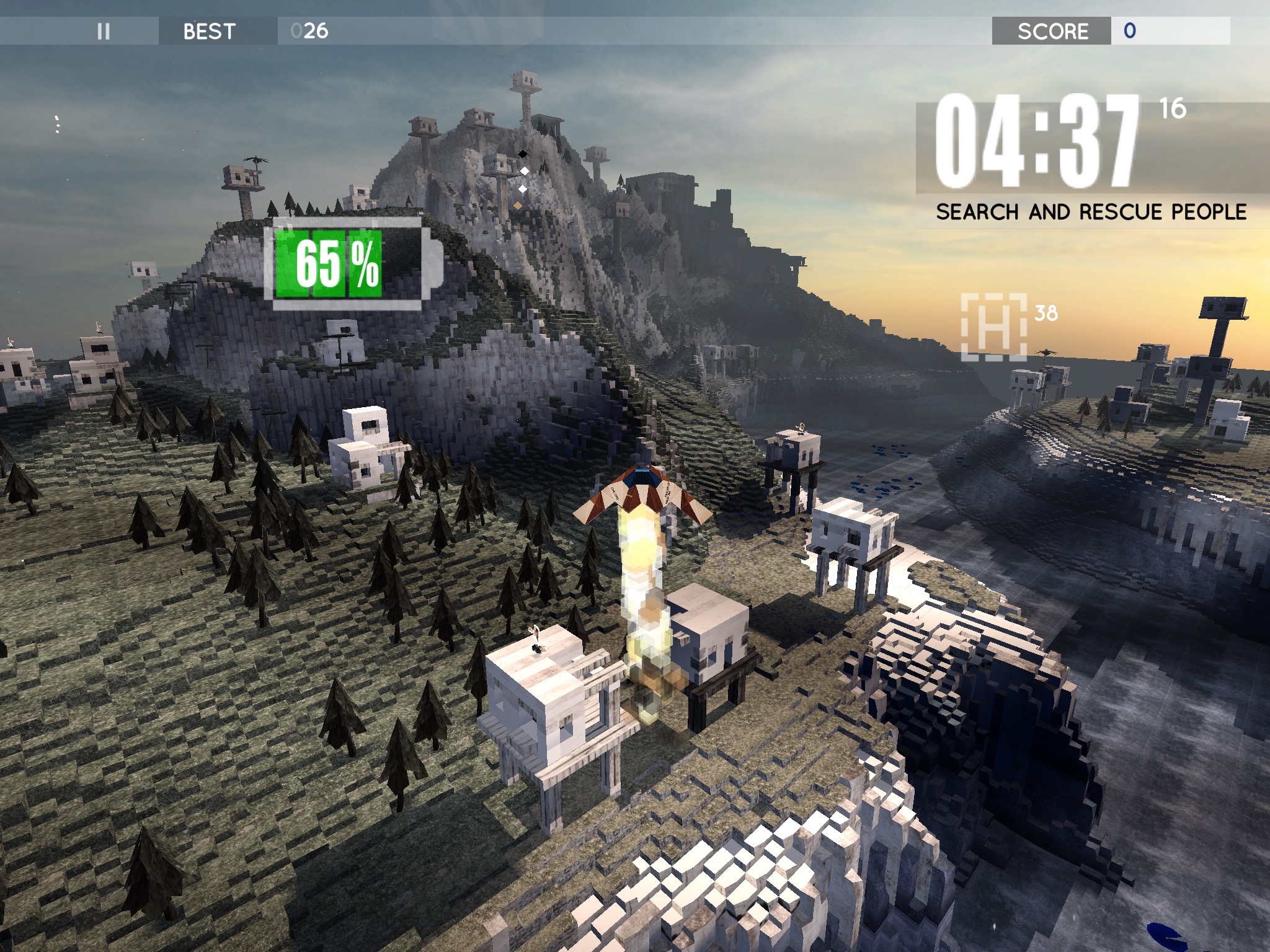 According to the developer Odenis Studio, whose last game was the gorgeous Fairystone ($2.99), flying the aircraft means mastering both gravity and your propulsion while flying through a world created by the latest iteration of their ‘Rolling Block’ graphical engine. That engine allowed the developers to throw in plenty of particle and light effects, and judging from the video, the game’s visuals look quite nice (I did notice some pop-up though, which hopefully will be minimized in the final release). The game allows you to play your own music, so get those metal tracks ready to go. Five Minutes Before looks like a fun experience, but it will all depend on how it plays. The game releases November 12th, and it’s a premium title that will initially cost $1.99 before jumping to $2.99.