I never like it when a game’s ending manages to affect the opinion of the rest of the experience. Agent A ($0.99), up until its ending, is an uber-stylish, gorgeous, and fun point-and-click adventure game that does a lot to avoid the clunkiness and frustration that many games in the genre have. But when it turns out that this is an incomplete story, it takes a legitimately great game and makes it a frustrating experience that leaves you wanting more, like a tasty meal that wasn’t filling. 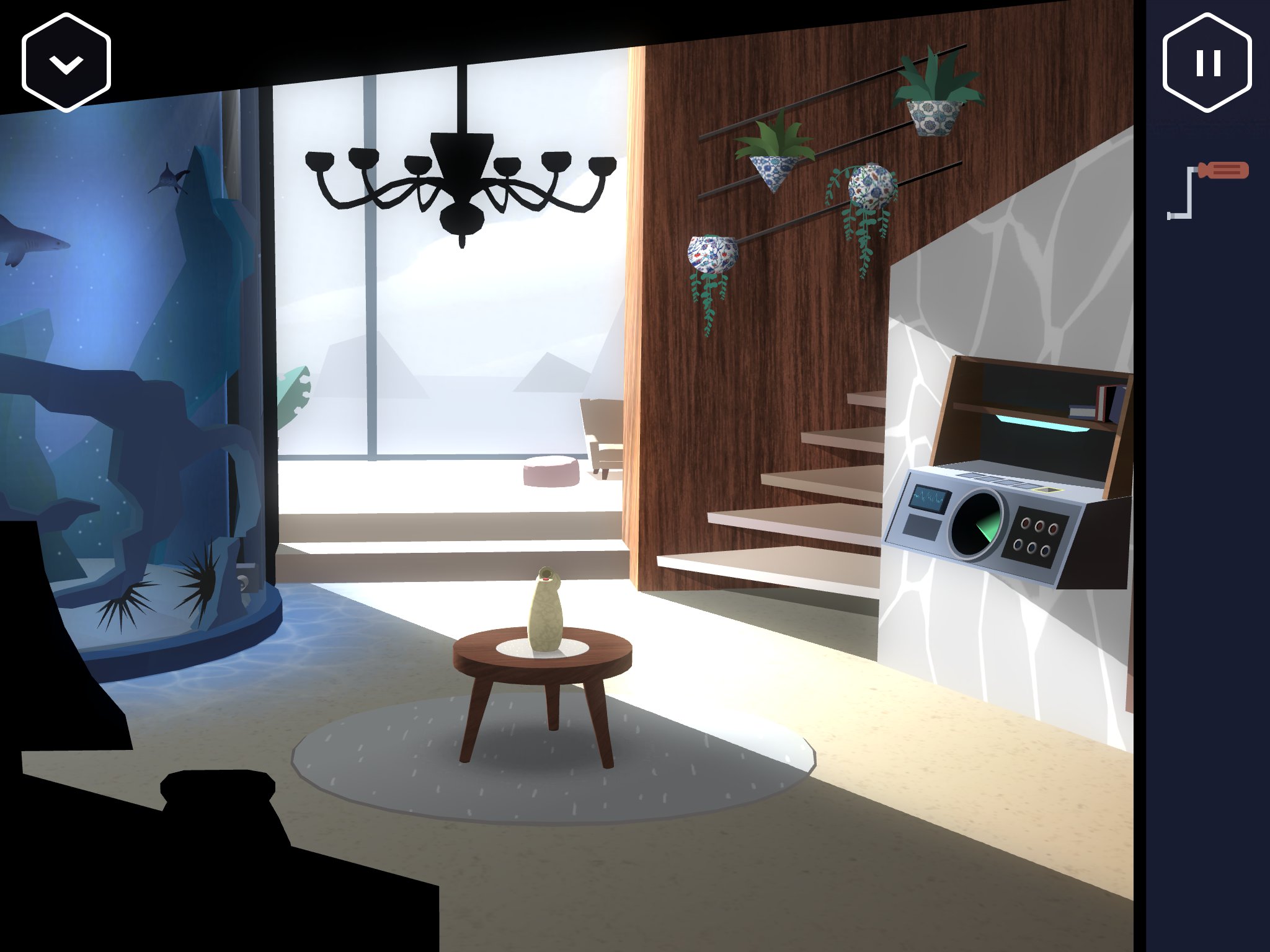 The game has you trying to capture the dastardly Ruby La Rouge in a pastiche of the ’60s spy thrillers, especially James Bond ones, considering there’s an Ian Fleming reference dropped at one point. Ruby isn’t so much a charming villain trying to, I don’t know, carve her name in the moon, versus just a straight-up terrorist, considering she blew up a boat and killed a bunch of people. And to show how much Interpol is sitting around and doing nothing about it, Ruby has a big, flashy house on a private island that has a direct view of the boat she blew up, and yet no one could find her? Okay. Agent A might be the only competent person in this entire universe.

As far as point-and-click adventure games go, it’s your familiar setup: find items, occasionally use them on other items to solve puzzles. Find hints, use them to solve puzzles. Collect certain doodads to solve puzzles. The entire game takes place in and around Ruby’s house, so you’ll be navigating back and forth through it, uncovering new hidden things that she’s got placed all throughout. Also, she has a lot of vases. She likes secrets and vases. 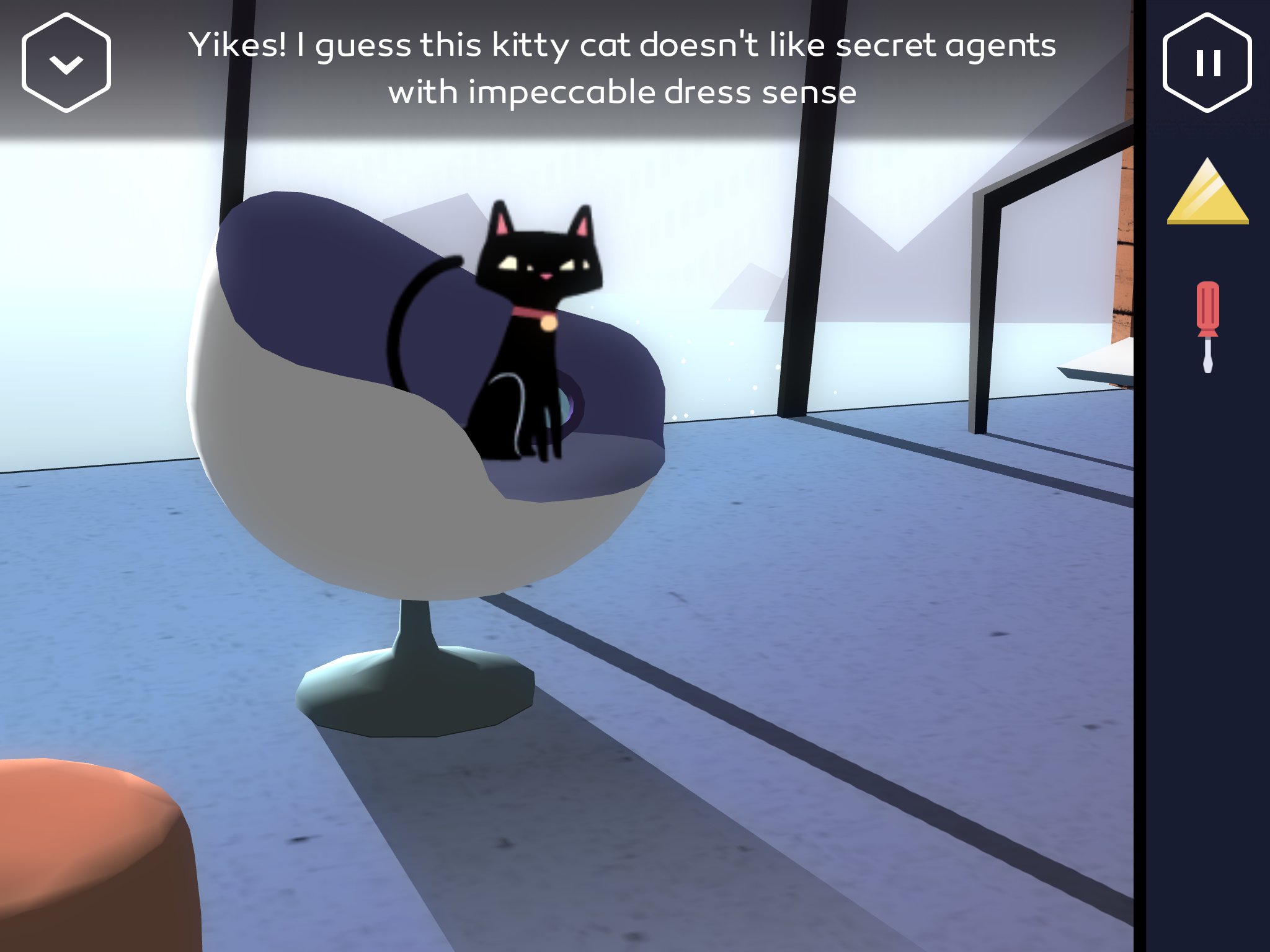 It’s not a revolutionary game, but what I’m really impressed by in Agent A is the production values, and how the developers set out to make a game that’s got a spectacular flow to it. None of the puzzles are too brain-breaking, but that may just be due to the design of the game ensuring that everything feels natural. Nothing is super-weird or esoteric, and you can’t really mess anything up. You don’t even have any weird, irrelevant items in your inventory. It feels like an elegant point-and-click for a more civilized age.

Even the interaction you have with the game is cohesive. There are stairways leading to different rooms, and as long as they’re visible, you can tap them and go to them. If you need to go back, you can do a two-finger tap to go back, or tap the arrow in the top left corner. That two-finger tap is perfect for iPad, though, and it ensures that there’s no broken flow in the game at all. You’re always able to go to the next thing, even if that’s backward, without feeling like you’re doing something out of the ordinary. 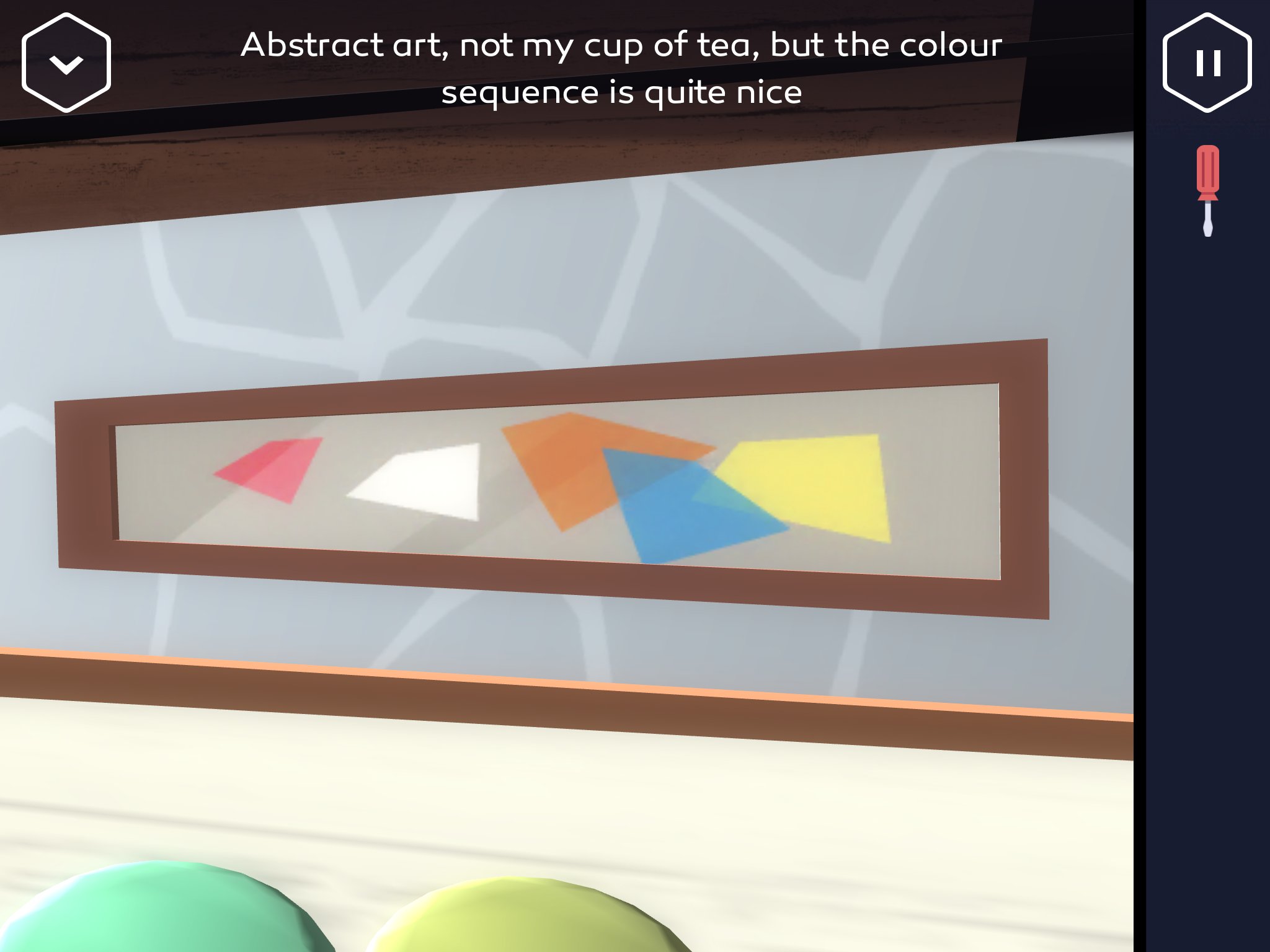 This is just an extremely playable game, and it means a lot. Again, people who want extremely difficult puzzles in a point-and-click game will be disappointed, but people who want a smooth, flowing experience will get it. This is one of the most playable and least frustrating adventure games I’ve played, and it speaks to the strength of the game design that it is great.

And it should be mentioned that Agent A is a good-looking game. Some elements feel a bit out of place – anything animated like the cutscenes or the cat in the house – but overall, the game has a gorgeous, colorful look to it, and the 3D visuals doing a great job at blending the practicality of the 3D visuals and the depth they provide, with that retro spy look that the game is going for. 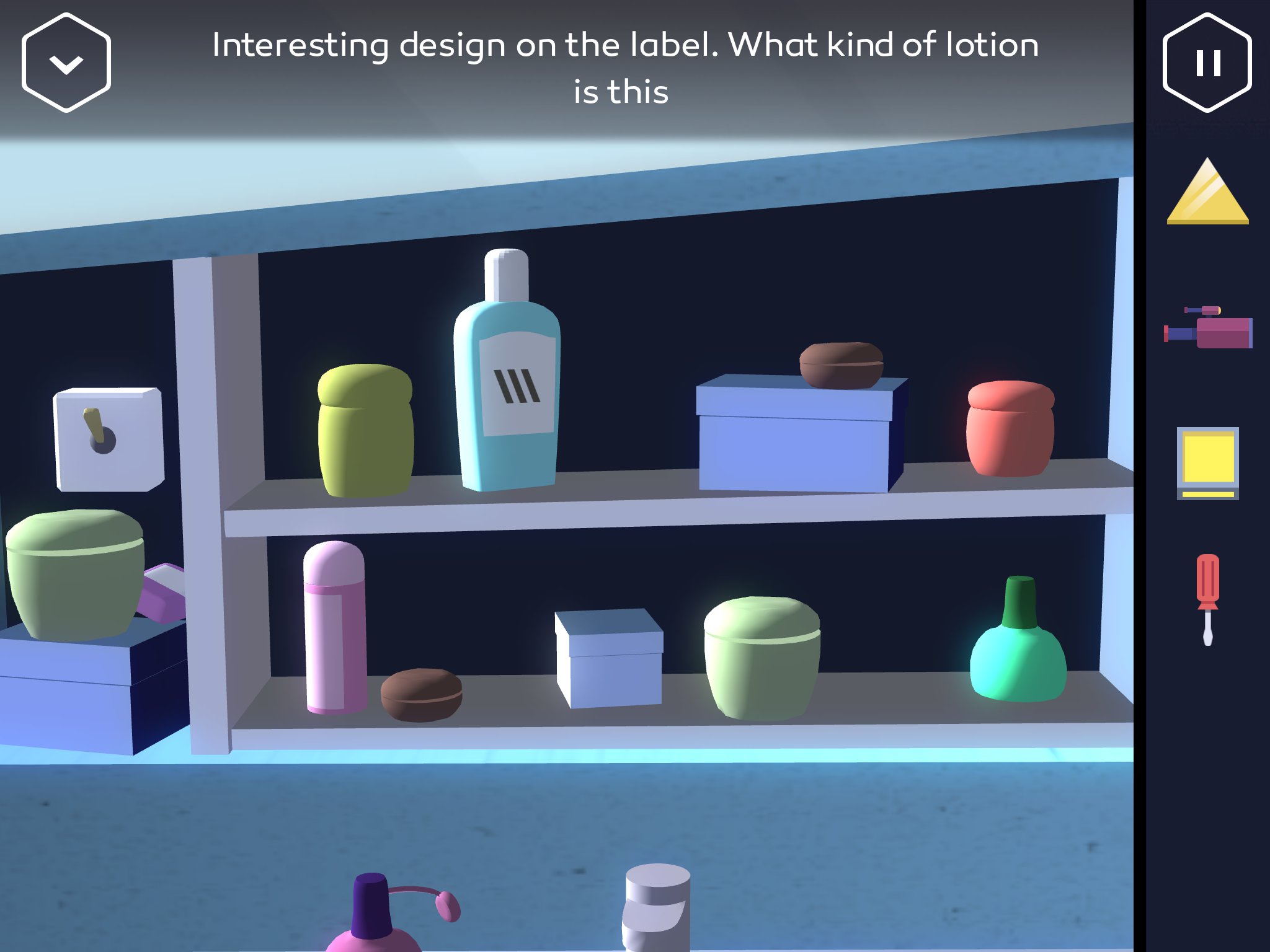 Agent A is the first game in a series, it seems, but it struggles to end on a note that’s really satisfying. You do wind up exhausting all the puzzles in the main house, yes, but the story winds up just kind of walking you into an unsatisfying conclusion where a cliffhanger is put up by way of a cinematic. It soured me on the experience, because I was hoping for some form of resolution, and the game doesn’t really provide any indication that hey, this is part one of multiple episodes. I get the appeal of episodic games, but sometimes I just want a complete experience wrapped up in one go, and I want my conclusions to be satisfying even if they’re part of a cohesive story.

A good episode conclusion, like episode 1 of Tales from the Borderlands (Free), leaves you set up for more of the story while making sure that what you just played has a good resolution. Agent A fails in that regard, and it goes a long way toward making the buildup feel not as meaningful as I thought it was.

I suppose it’s a good thing that Agent A‘s first episode left me wanting more, but I feel like the game and its promotions need to hammer down the idea that this isn’t a complete story yet. This isn’t a complaint about the length. I completed this in one sitting, and while the developers say it took some players two and a half hours, my playthrough was definitely less. But it’s still a satisfying time, even if there’s not much replay value…yet. But the incomplete nature of the game is tough sledding, and maybe the game just needed to be finished at some point, but I do hope there’s more Agent A to come, because what’s here is spectacular. The developers at Yak & co have also told me that there will be free updates to come, with more missions to the current game in the works. Just make sure you come in to the launch version knowing that the resolution will not be entirely satisfying.